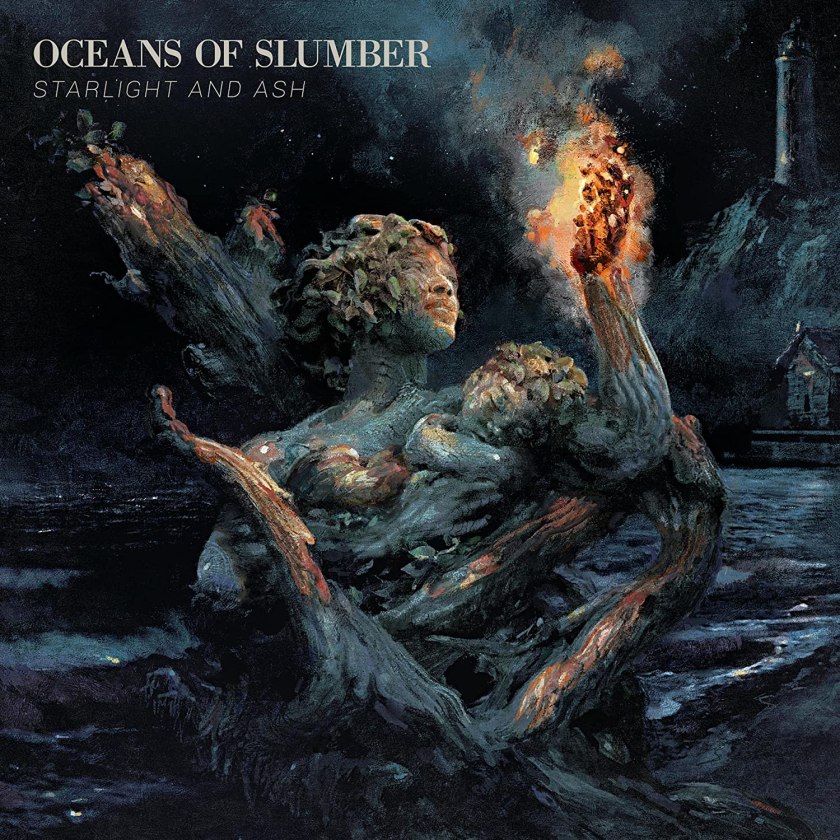 Our good friend Glenn passed away earlier this year. He was a passionate music lover and TMW contributor who jumped at any chance to generate further conversation about artists who push beyond traditional genre boundaries. He enjoyed shining a light on music that possesses a unique sort of heaviness and dares listeners to paint it into a corner, or any entrance that might lead to elementary definability.

He wrote as Vincent Price Superstar, and he will be missed. We can think of no better way to pay homage to our friend than to continue using a version of his pen name to explore music we think he might have something to say about. There will be no genre limitations or delusions of majesty. Just straight-up unfiltered music discussion.  Replies are most welcome.

Oceans Of Slumber’s eponymous 2020 release spun my head in directions I didn’t know were possible. Made even more impactful by the COVID pandemic and an absolutely heartwrenching cover of “Strange Fruit,” the band made an unshakable impression on me that year.

In an interview with Metal Hammer, Oceans Of Slumber vocalist Cammie Gilbert said that Pop music was like “a giant tub of shitty candy, but metal is a filet mignon. It takes time, it’s cultivated, it’s this heartier meal that isn’t meant to be wholesale.” On a surface level, I thought, there isn’t a Metalhead alive who would disagree with that sentiment. Particularly as it pertains to a band like Oceans of Slumber, whose unique blend of melodic Doom and Soul with Gothic and Progressive Metal make them somewhat authoritative on the matter. I shared this article in a group for further discussion, and my buddy Glenn lost his fucking mind!

Likening anything to a giant tub of shit is pretty extreme, but Cammie’s point was less about Pop musicians and more about the pre-packaged and under-developed image over substance type of thing. Glenn had a hard time seeing it that way. He felt that by suggesting any of it was shitty, the rest was shitty by association. We agreed to disagree in the end, through much friendly chit-chat, and the substance present within Oceans Of Slumber’s music was never up for debate.

In a way, Starlight And Ash picks up where Oceans Of Slumber left off. An invitation to join familiar friends for sustenance and fellowship after surviving a terrible storm. A natural progression to an even heartier meal, you might say, which shouldn’t be surprising in the least. But this does not happen in typical Metal fashion by adding heavier guitars or a clean/harsh vocal balance that tilts towards the latter. On the contrary, of the eleven tracks, there is nary a hairy riff or growl to be found. Relying instead on dynamics, inflection, and intention, Starlight And Ash rides the line between Pop and Metal and lives someplace comfortably in the middle.

To be fair, this is not an entirely new place. Artists like Katatonia, Opeth, Paradise Lost, and Devin Townsend have been known to travel their own paths, to varying degrees of success. But as impressive as their bodies of work may be, none of them are endowed with the magnificent gift of a vocalist like Cammie Gilbert. It’s as simple as that, and it makes all the difference in the world. Just listen to “Red Forest Roads,” or “Just a Day.”

This slow-burn approach to the land of goosebumps and groove is often either side-stepped or ignored completely by bands more interested in the way a deviation from the script might look than how it might sound. Conformity disguised as promise and crushed under the weight of luxurious comfort.

For the better part of a decade, Oceans Of Slumber has been on a fearless journey through the often choppy waters of Heavy Metal. And that on a ship that refuses to see sinking as a problem. Fuck it. They’ll just hop out and swim. Make friends with all of the sharks.