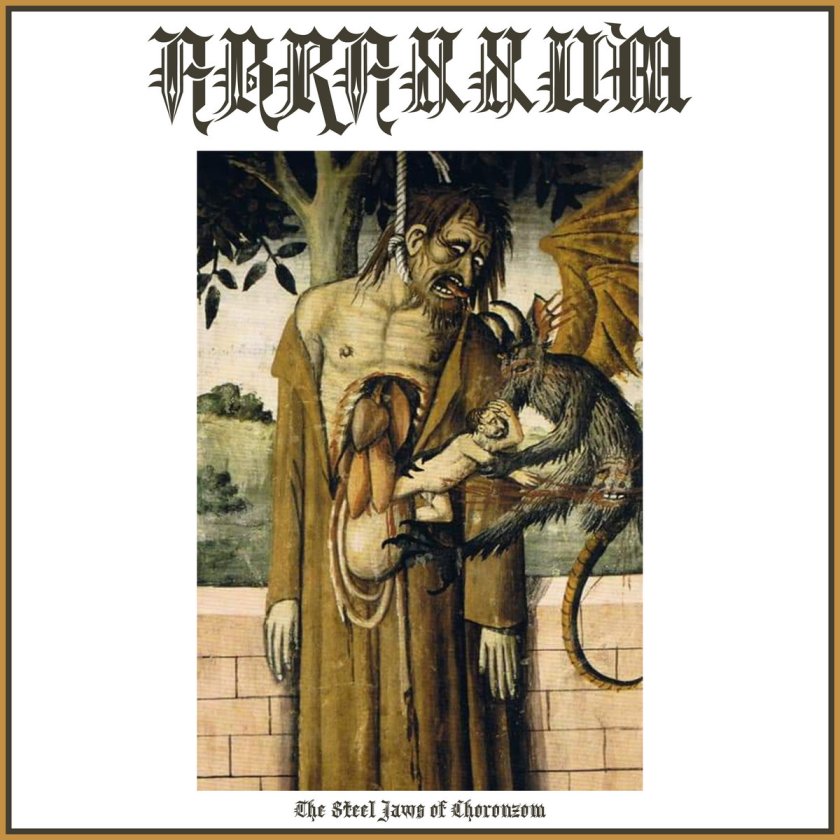 Atrociter is the mind behind Black/Noise Metal project, Abraxxum. Also known as a member of blackend Death Metal band Diocletian, Atrociter is in full-on mad scientist mode with Abraxxum. As stated on their Bandcamp page, “Abraxxumplays Occult Power Electronics and Ritual Darkness with all Sonic Alchemy and Analogue Abuse harmed by Modular Synthesis and Live Instrumentation only!”

If that sounds confusing to you at all, have no fear! For, the fine folks at Cyclopean Eye Productions have granted us all access to a new Abraxxum track called “Electric Venom.” I highly recommend putting on headphones before hitting play on this tune. Enlarge the video to full screen, and prepare for quite an experience.

“Electric Venom” epitomizes the Abraxxum narrative. It is a manifestation of darkness shrouded with aggressive noise and chaos that is designed to invigorate or stimulate the listener. The initial idea of the song which in turn influenced the video, was taken from its original title, “Ocular Menace,” as in the all seeing eye. With its far reaching gaze over humanity and its parasite sucking tentacles rooted in monotheistic cults.

At some point the track was renamed “Electric Venom” to assert a more esoteric tone, so it becomes the electronic poison for your ears by the chaos conduit Abraxxum. The overall theme of the debut album, “The Steel Jaws of Chroronzom,” is not focused on the usual anti religious trope but the glorification and worship of chaos and its magik as represented in the form of Choronzom.

More information can be found via the links below: