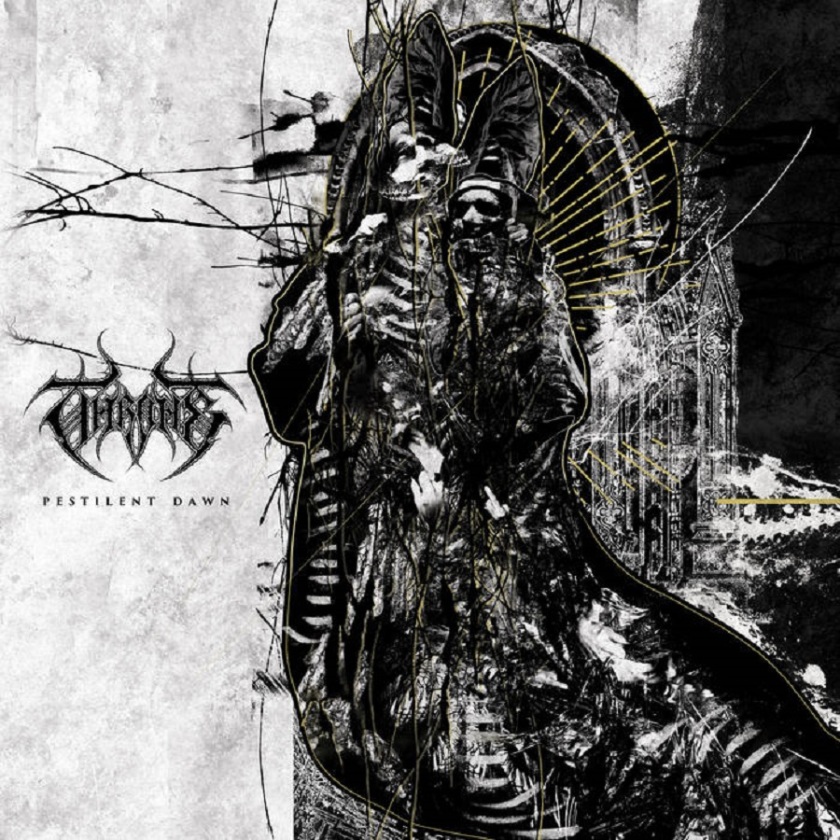 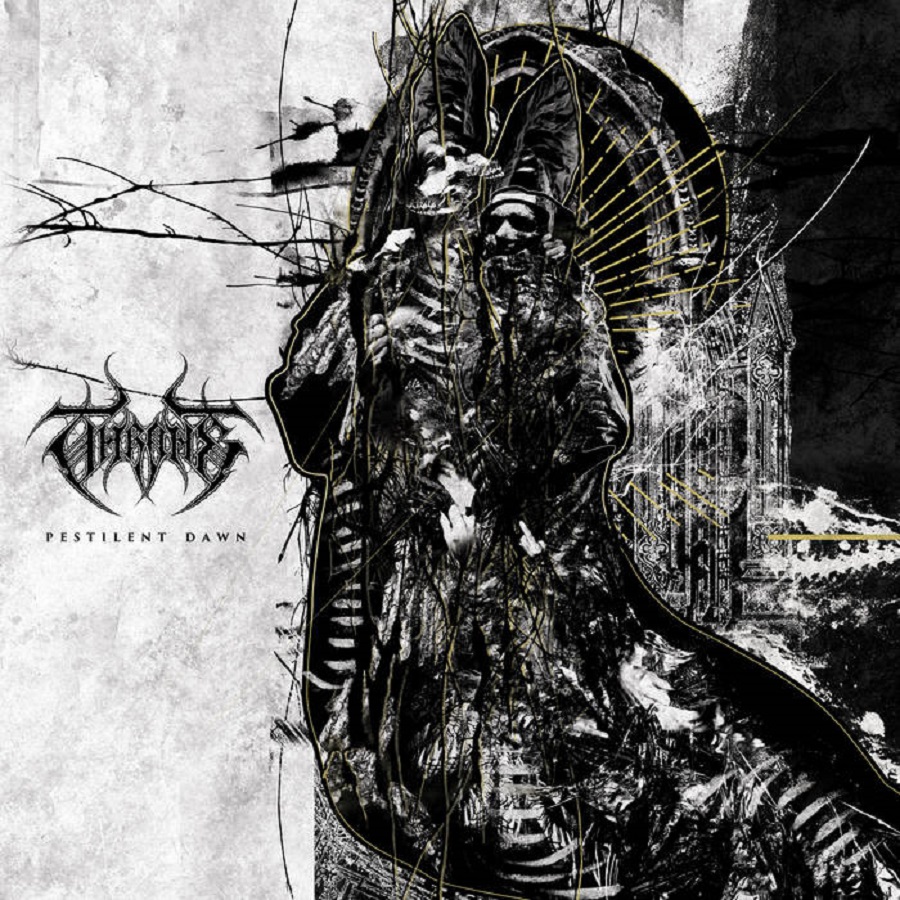 Michigan-based blackened Death Metal monsters Throne have come a long way since their inception in 2014. Fuelled with a crushing intent, Throne was founded by frontman Nathan Barnes and drummer Kollin Perpignani, swiftly moving from a side project to a full on band. After a brutal EP called “Altar of the Dying,” the band is back with vengeance on the equally savage “Pestilent Dawn,” their first full length studio effort. If you enjoy getting your senses pummelled, you will be keen for a visit.

“Pestilent Dawn,” duration wise, isn’t much longer than “Altar of the Dying.” There are ten tracks rather than seven, which adds about seven minutes to the run time, but the three extra tunes are short instrumentals: The ominous and doomy “Intro,” which gradually builds to a reasonable level of insanity, but doesn’t quite let loose full force. Then, midway, there is “Eternity in Mourning,” which is an utter wild card, consisting of reflective clean guitar work that seems an odd addition, but serves as a welcome break from the ferocity present elsewhere on the album. Then there is the closer, “Humanity’s Dusk,” which is a strange and distant amalgamation of low sonic noise and distant screams and wails.

After the “Intro,” all hell breaks loose with “Amongst the Sinners, They Came Forth.” What the listener faces now is an almost unrelenting wall of intense riffs and drum battery that forges towards becoming an unstoppable force, garnished by a vocal mix of grunts and growls and occasional higher acerbic screams, punctuated by fiercely spiralling lead work that fights its way to the surface.  Aside from the previously mentioned “Eternity in Mourning,” this is the sound you are confronted with all the way through to the penultimate piece “All Creation Wept.” This song features guest vocals by David Gregor (Morta Skuld) and a guest guitar solo by Kris Finison (Dagon), so it might be a good idea to tie yourself down to something solid. Otherwise you’ll risk getting swept away in the turbulent aftermath.

I quite liked the darker tones taken on “Pestilent Dawn,” and the gloomy yet enthusiastic riffing, as well as the hard melodic element and glass shattering screams of “Beyond Malice,” which has guest vocals by Clint Franklin (Recorruptor), so if I had to choose favourite tracks, those would be the two.

“Pestilent Dawn” is out this month on Redefining Darkness Records as a digital download, or limited-edition CD with sufficiently insane artwork provided by Brian Sheenan of Legerdemain Art.