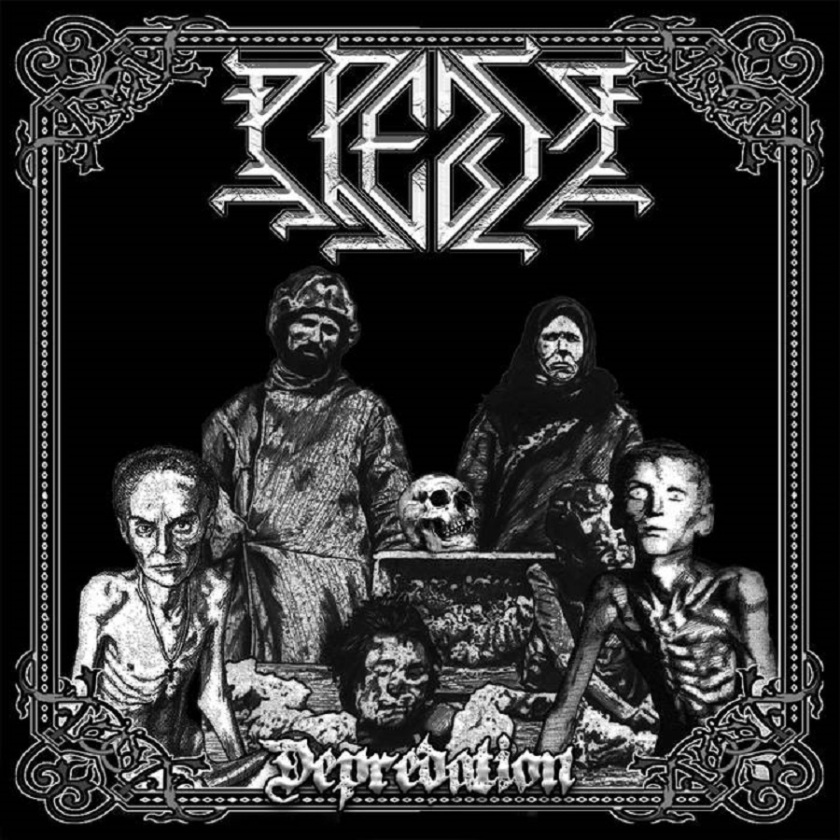 “Depredation” is Prezir’s second full length release. 2018’s “As Rats Devour Lions,” released by Godz OV War Productions, possesses a bit more of a direct Black Metal sound than “Depredation” does, at least as far as the production goes. With a dark, lo-fi iciness characteristic common to the early work of bands like Marduk and Carpathian Forest, Prezir still manages to insert a great deal of Thrash sensibility, mainly in the lead guitar work. Something a little closer to Sabbat, or Aura Noir, with just a little less control room finesse.

“Depredation” is more savage right off the bat, with four straight six-plus minute blackened Thrash mini-masterworks that bring to mind everything from Destroyer666 and Skeletonwitch, to Midnight, Sodom, and Megadeth. So multifaceted is the sound, it’s extremely difficult to nail Prezir down, and that’s what makes them so goddamned great. They’re the kind of band that appeals to people who just plain old love heavy music, and this for many reasons, not the least of which is that listening to Prezir is like hearing a history lesson in the language of Metal.

“Deprivation Doctrine,” for example, is lyrically historic in that it deals with Soviet degradation of the Ukraine in the 1930’s, and musically historic in that you can name drop the nine bands above and have plenty of room to mention Destruction, Goatwhore, Venom, Testament, Belphegor, and Deicide. Not that the point of any of this is to needlessly drown such brilliance with comparisons, but the maturity of these songs truly is astonishing, and on a level that almost demands one list as many reasons to listen as possible.

“The Falcon and the Lionheart,” as another example, does the same thing the first four tracks do but twice as fast! And now is as good a time as any to mention vocalist Luka Djordjevic screams like a man not only possessed but convinced such possession was the only means by which a human might be able to express the lunacy of war, zealousness of well-read ancient soldiering, and generational trauma mixed with pride in ones long gone ancestral homeland. His voice is absolute madness of an entirely addictive nature, and Luka’s not asking for permission to breathe fire, so just roll it up and smoke it.

“Peasantry Messiah” is the kind of final track that kicks your ass so hard you’ll twist your body into a pretzel trying to escape the desire to listen to the whole record over again. It’s got that “holy shit, that was fucking insane, play it again immediately or I’ll hurt you badly” kind of thing going for it, and if you think I’m exaggerating… well, it’s your funeral.