Black Metal is relatively new to me. Given my interest in all things heavy, it is a genre I have been exploring with great enthusiasm. It is difficult to ignore the many Atmospheric Black Metal projects that have become so prevalent, particularly in rural America, which I not so long ago discovered was the subject of the aptly titled film, “True American Black Metal.” After watching the movie, I felt compelled to reach out to its director, Bruce Moore, who graciously agreed to answer a batch of questions that had been brewing. Many thanks to Bruce. Please enjoy our little chat.

VUK: Hey there, Bruce! So grateful to be able to have a chat with you. Thank you for your time, I’m sure you are a busy man!

I was introduced to your work by DC Mills, who shared the trailer for “True American Black Metal” just before its release. I was intrigued right away, partially as a Vials of Wrath fan, but also purely based on the subject matter of the film. Black Metal is often misunderstood, particularly as something “purely American,” given some of its more notorious Norweigion roots. This is a subject that comes up early on in the film, but can you share with me how your interest in making the movie began?

Bruce Moore (BM): Actually, I had been trying to find an idea that sparked me. I was speaking with Logan Thompson of Symphony of Heaven, and he suggested doing a project on rural American Black Metal. While I was familiar with a few of the bands, I was not totally immersed in it, however I did have a decent knowledge of the Norweigian scene. After a few conversations with him and the band’s drummer, Mason Beard, I began the research and writing of the film which eventually became “True American Black Metal.”

VUK: Your film focuses mainly on the Appalachian Black Metal scene, and offers an interesting take on why it is often considered distinctively authentic, at least among those who create it. Josh Thieler from Uzkost says that “Black Metal calls to those in isolation. To those who bathe in the glory and majesty of nature.” DC Mills echoes that by adding the “rich heritage that comes from living in the mountains” adds to both a sense of isolation and the authenticity associated with Black Metal that comes out of these areas. This connection to nature, as the narrator points out, got lost within Black Metal somewhere along the line, giving in to more preconceived ideologies. Do you see this as a new movement, or simply something that does not receive as much attention as it should?

BM: I honestly don’t feel it is a new movement at all. I think it is something that has been unassumingly brewing and thriving in the hills and back country of rural America. I actually learned a lot from Mason Beard, who is a wealth of knowledge on the subject, and then fell down the rabbit hole into a world I actually knew very little about. I soon learned how the culture is loosely connected in areas of isolation, which is the main theme running through most of “American Black Metal.”

VUK: I can appreciate the idea of authenticity in Black Metal as it relates to a certain respect for one’s surroundings, as opposed to an already formed world-view, thereby freezing an artist’s ability to explore new sounds and lyrical concepts. The isolation that comes from being geographically separated, as Azahel from Frost Like Ashes puts it, keeps Appalachian musicians “set apart” and “close to nature alone with your thoughts” in a way that many don’t have the opportunity to experience. But Pathos from Symphony of Heaven takes this a step farther by suggesting that “city folk” have “a different view of reality than people who grew up close to the soil,” which provides an inability for “outsiders” to comprehend the art “country folk” create. What is your take on this?

BM: As someone who grew up in a big city, NYC, I totally agree with Pathos’s statement. We city folk have a completely different outlook on reality and the world than country folk do. There is no doubt about that. I think growing up in a concrete jungle where you need to drive an hour or more to lose yourself in nature versus those who literally grow up living in nature shapes the way you think about things. There is no way around that, so I think that it takes a bit of exposure and research to understand the reality of living in rural America and vice versa. 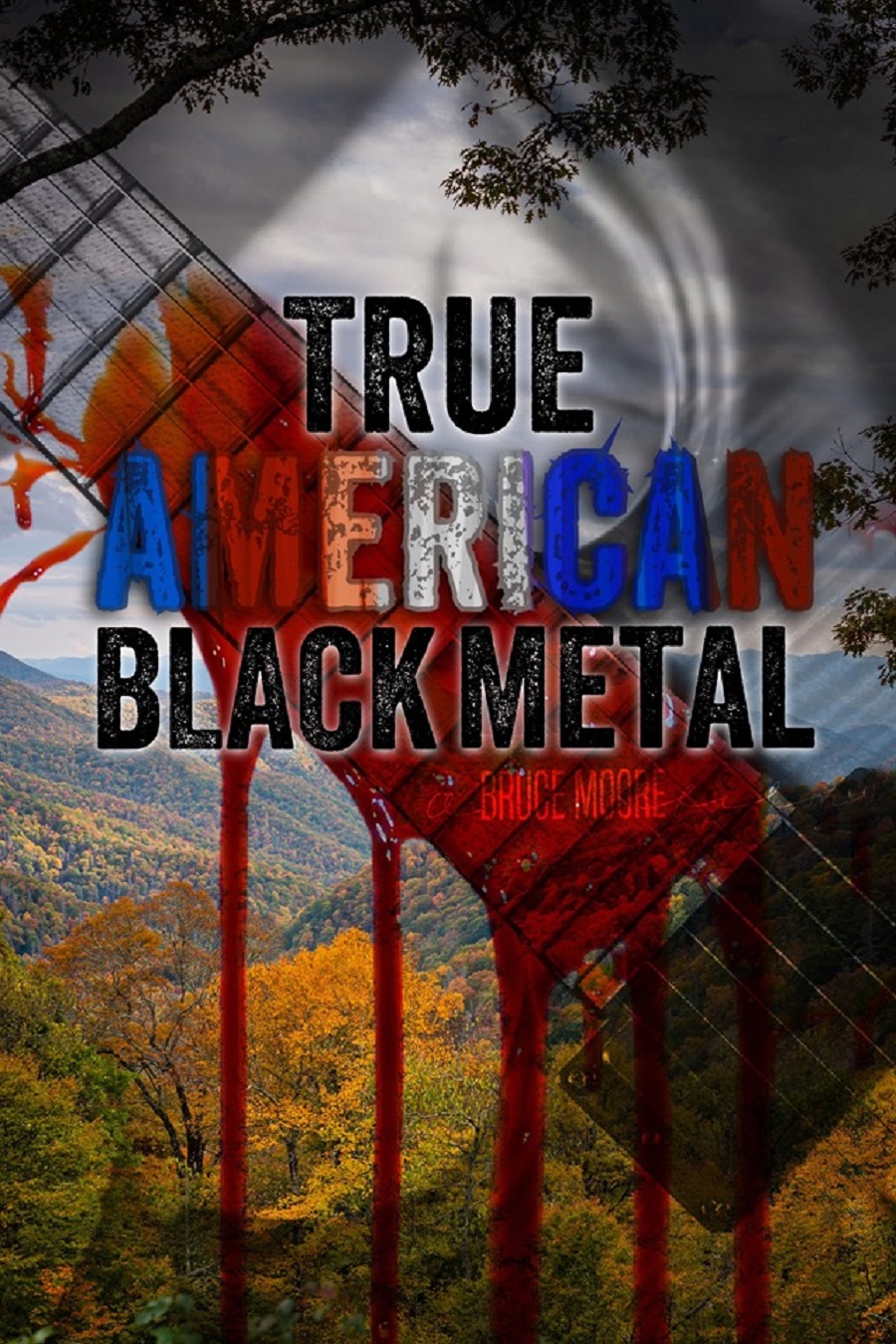 VUK: That is a good point. It certainly does require a certain amount of willingness to explore in order to truly follow what some artists are doing. I hadn’t thought of it that way.

Another thing that Pathos suggests in the film is that their geographical isolation gives them the authenticity to create “what Black Metal is supposed to be.” So, in other words, your location on this planet dictates what Black Metal is “supposed to be,” which sounds slightly off to my ears. Especially when you consider that isolation often leads to depression, and that sort of darkness, as you point out in your film “Metal Health,” knows no cultural boundaries. Do you see this as somewhat of a disconnect from musicians who create different forms of heavy music?

BM: This is a tough question. I do feel that your geographical location absolutely colors your music lyrics, and instrumentation. Rural Americans make use of traditional instruments like the banjo, which I could not imagine being used by Norwegian Black metal acts. To answer the second part of your question, I agree that Black Metal is often created in isolation which as you mentioned often leads to depression, however I think it is these dark moments of the soul that create the most beautiful and powerful music. I think listeners and fans around the world can relate to honest, raw music and most everyone has dealt with some sort of loneliness or isolation. This to me is the power and beauty of Black Metal as a whole.

VUK: Since I mentioned “Metal Health: Out of the Pit,” I’d like to give it a bit more attention, if you don’t mind. I’m so happy you made that movie, man. We here at The Metal Wanderlust are huge mental health advocates, and I am personally extremely invested in the maintenance of my own mental health. This topic, particularly in the music industry, is often dismissed as a non-issue. For me, like many of the participants in your film, Metal music has been a driving force in getting through depressive episodes, or just plain old hard times in my life.

My favorite part of the movie is when Ben Thomas of Venom Prison is talking about the hierarchy of needs, and outlines how this can help explain why so many musicians face mental health issues. At the bottom level, he explains, are your basic needs – shelter, food, water – and without this foundation nothing else can be maintained. Musicians tend to live from the top down instead of the bottom up. How can we best help change that, do you think?

BM: That is a question for the ages. I honestly don’t know how it is even possible in the culture we live in, especially now in this pandemic. Bottom line is musicians, bands, and artists need money to reverse the way they approach that pyramid of needs and that is the problem. With album sales on a steady decline, streaming payments almost nothing, and now no shows in the pandemic, it is almost impossible for a musician to make a living where they live according to that pyramid from the bottom up, as Ben Thomas suggests it should be lived. I think it is incredibly sad and heartbreaking to sit back and watch, but it is the reality we live in. I can only hope that as we come through this mess that the music business finds a way to reinvent itself and solve that problem. 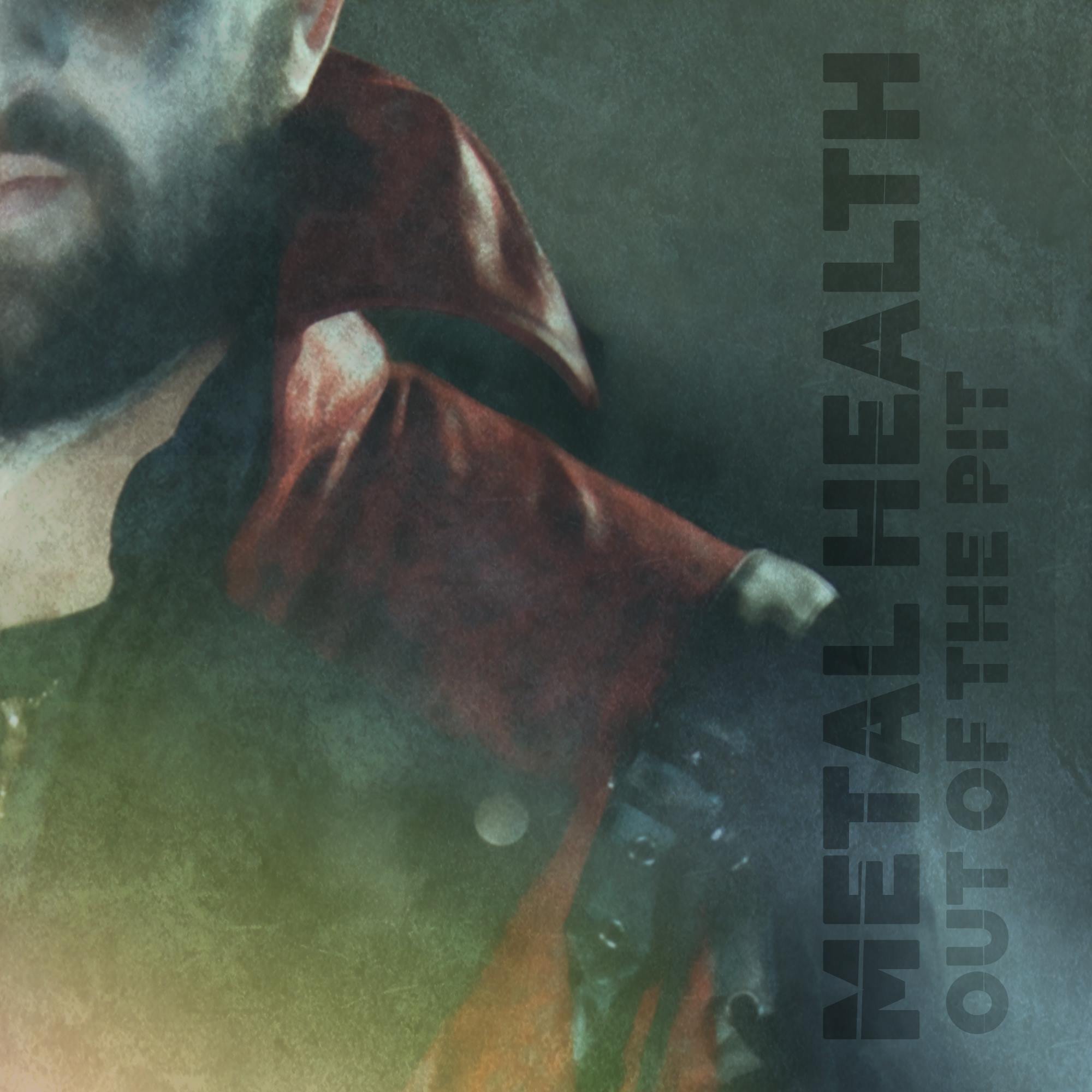 VUK: The Metal community itself can be an extremely positive support system for many. Musicians and non-musicians alike. I love that this is talked about at length in your film.  And I love that you end the film with the man trying to remind the viewer “you’re never alone” and to “talk to somebody” when you see issues arising. Perhaps that is the lesson in all of this. Why do you think that is so difficult for musicians? Is it the idea that they have something to live up to?

BM: I think you are right, that is the lesson in all of this and the point I tried to make with the film. I am glad you were able to pick up on that. Perhaps it is more difficult for musicians to realize they are never alone and that they need to speak with someone is because they are, for the most part, constantly touring and on the road. It is difficult to settle down and get comfortable with your surroundings and with others when you are constantly on the move. I feel that is why lyrics and songs can be cathartic and a necessary outlet for some of those feelings.

VUK: I would really love to talk to you again some day about all of your other projects.  Your other two films in particular (“Metal Missionaries,” and “Women of Metal”), which share commonality with the two movies we’ve been discussing in that they revolve around subjects often either ignored or dismissed entirely. Can you tell us more about what drives you to explore all of these areas?

BM: I think the overarching theme of everything I do is that there is an unbelievably tight Metal community. The bonding over a riff is something that creates a family with people from around the globe who you may not have even met in person. I know it sounds strange, but I assure you if you ask other metalheads about this they will concur. Just like any other family, various members go through things and the bond we share with each other through the love of heavy music gets us through. Whether you are in a Christian Metal band, a woman playing in a Metal band, a Black Metal band or a fan. We are all in this together and as corny as it sounds, Metal is the common bond that helps us cope and communicate with each other.

VUK: Amen to that! Once again, I want to thank you very much for your time. What else do you have cooking for the coming new year?

BM: I appreciate you taking the time to check out my work. It really is a very DIY thing and knowing that people get it and can relate is totally awesome. As far as 2021 goes, I am currently working on Brutally Delicious – “Cooking in Quarantine” episodes with bands from around the globe, and my partners Kris Siegers and Riina Rinkinen continue the weekly podcast, The Brutally Delicious Podcast. Kris and I have also launched a new series, Melody Madness, a spin off of Name That Tune that pits members of different bands against each other.