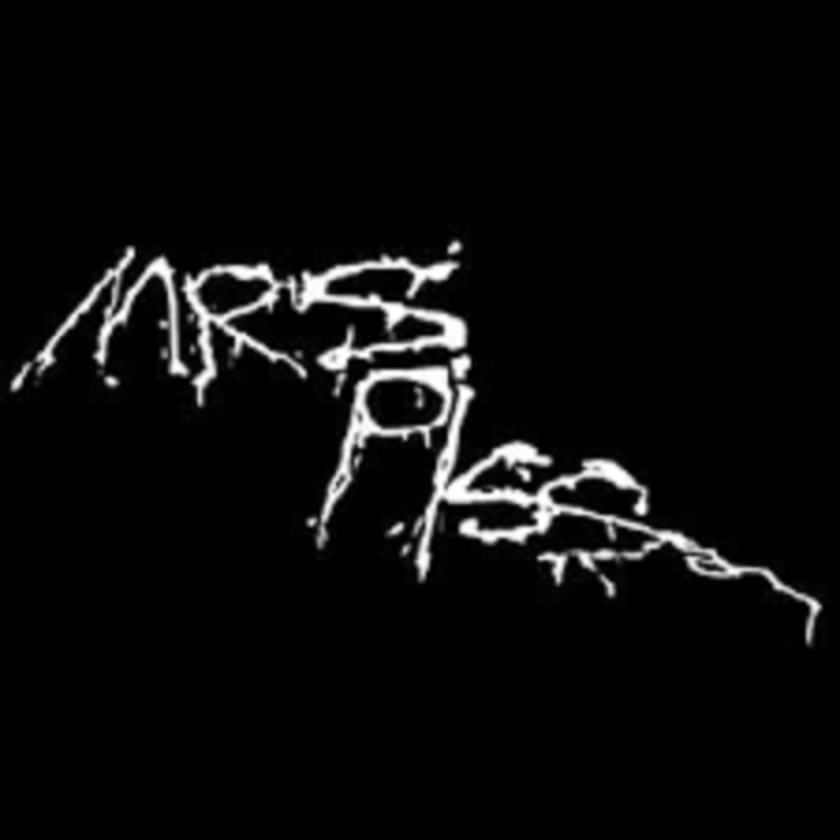 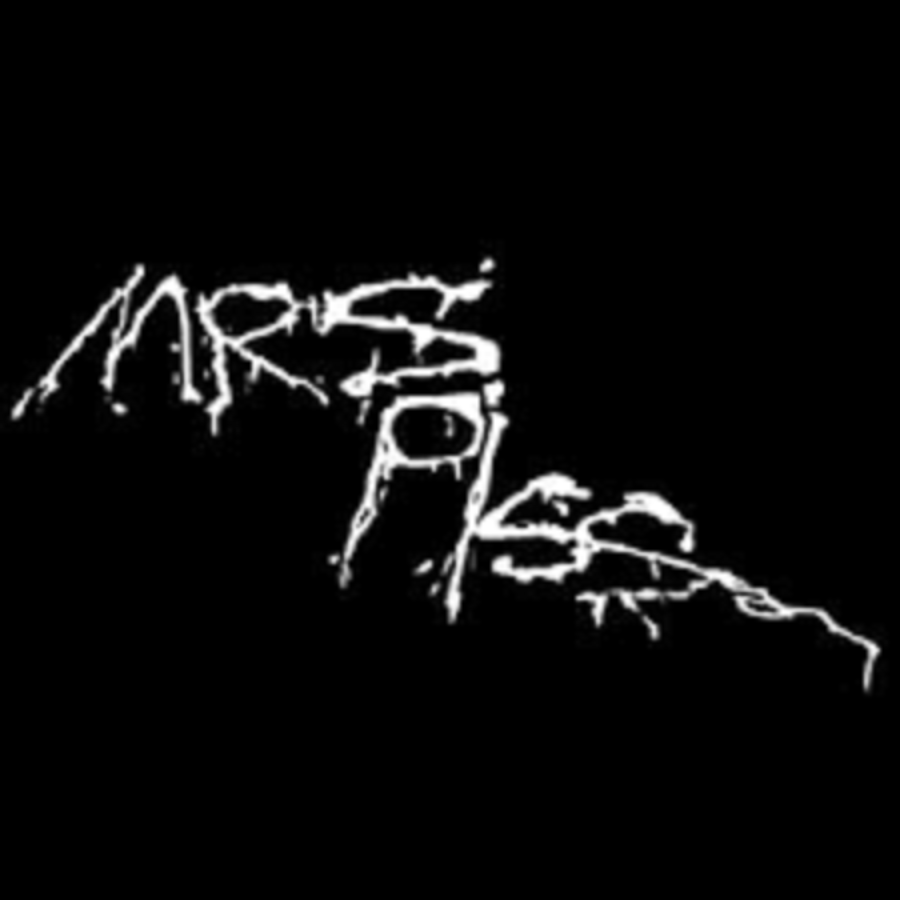 Mrs. Piss is the product of Chelsea Wolfe and Jess Gowrie (Horseneck). The pair reconnected in 2016 when Gowrie played drums on Wolfe’s 2017 “Hiss Spun.” Hearing Gowrie’s powerful drum work on “Hiss Spun’s” songs like “Vex,” “The Culling,” and “Scrape,” it’s clear that the two can create something fantastically heavy, moody, and empowering. Their collaboration has resulted in “Self-Surgery,” a dark and dirty ode to 90s Rock and Metal. 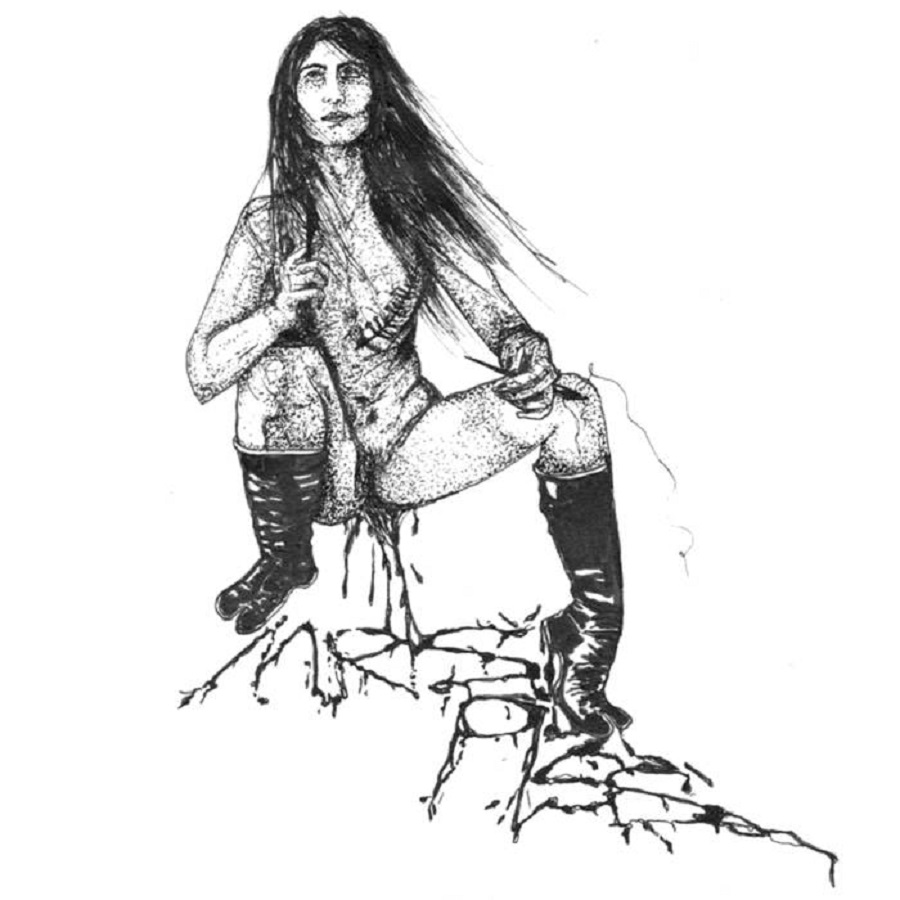 “Self-Surgery” opens with “To Crawl Inside.”  Booming thuds resound under high-pitched, sharp inhales of “bathing in the filth of the world.” The next track, “Downer Surrounded by Uppers,” barges open with a filthy riff that builds up into a high-powered glide atop thundering drums. Wolfe’s low mumble lifts into a howling question. The vivacious energy on this track is unmatched. The song comes to an end with a jagged scream that splinters into pockets of echoes. Track three, “Knelt,” opens with swirling feedback that empties out into deep chugging electricity; the guitar hums like live wires.

“Oh, I think I know what this is

Can’t hear you through your delusions

The fierce slap of the drums and the honed sting of guitar surround Wolfe’s vocal in a wave of static. Track four, “Nobody Wants to Party With Us,” opens with fluttering, gritty synth textures that revolve around Wolfe’s echoes of being wrongly perceived.

“I’m a loser in your world

I’ve been losing sleep over it

A loser in your world”

Her voice floats forward and falls out into emptiness. The drums come in like a sudden burst of rainfall as the song picks up with a clamoring whirlwind. Wolfe wails,

“My name is shit!

My name is shit!

My name is shit!”

The song briefly moves along into more of an insistent gallop with the vocals gliding up and down like a sharp wind through an alleyway, then spills out into a corner of slithering whispers. Track five, “M.B.O.T.W.O.,” begins with a warbling croon and a fuzzed-out desert rock riff. I can’t help but picture someone with helplessly wild hair screaming this tune from the top of their lungs as they glide down a long strip of highway in some shiny car.

“The time for pleasantries is over

and from my spit a flower will bloom

and I live by the code of the road

Mega babes of the wild order”

At just over a minute long, this track is a fast-paced anthem for those that refuse to confine themselves to a label. This song is begging for a Josh Homme cover.

The next song, “You Took Everything,” begins with a menacing, slithery riff. Wolfe’s warm, deep hiss of words breathe out over the skittering skip of the drums. The chorus comes in as a glancing blow with wavering blast beats and high, throat-tearing screams.

With your dirty memory

You take over (an invasion)

You take everything (you pretender)

You take over (a pandemic)

You take everything (we were haunted)”

When returned to verses, Wolfe’s voice seeps out as a smirking, ghostly taunt.

“Dirty fear, you are

Dirty fear, you are

Dirty fear, you are

Dirty fear, you are”

The title track, “Self-Surgery,” is brimming with lovely, deep tones of fuzz. The song opens with a round of playful questioning from Wolfe. Gowrie’s drums sputter and pop between the yowling.

“If I was a kitten, would you give me milk ?

If I was bleeding, would you give me a towel?

If I show you my stitches, will you pull them out?”

The ostentatious swaying of the beat falls off into a slow spiral until it’s picked back up into a gyrating jump. The track closes with a dusted chanting,

“Mrs. Piss” closes out the album with clashing howls and a quivering wall of noise. The drums thump out at such rapid-fire speed that it sounds like it’s a wildly flickering flame. The song slows down and comes to a passage of quiet howls. Heaving, feathery breaths and a chunky tone lead the song to its finale.

Jess Gowrie and Chelsea Wolfe are a pair not to be messed with. Together they have created such a fun, gritty, and rowdy album that really helps to loosen up the stiffened muscles that the pandemic stress has tightened.

“Self-Surgery” is a quick listen with each song coming in at less than three minutes in length. Pop it on and pretend you’re a diamond in a rhinestone world.