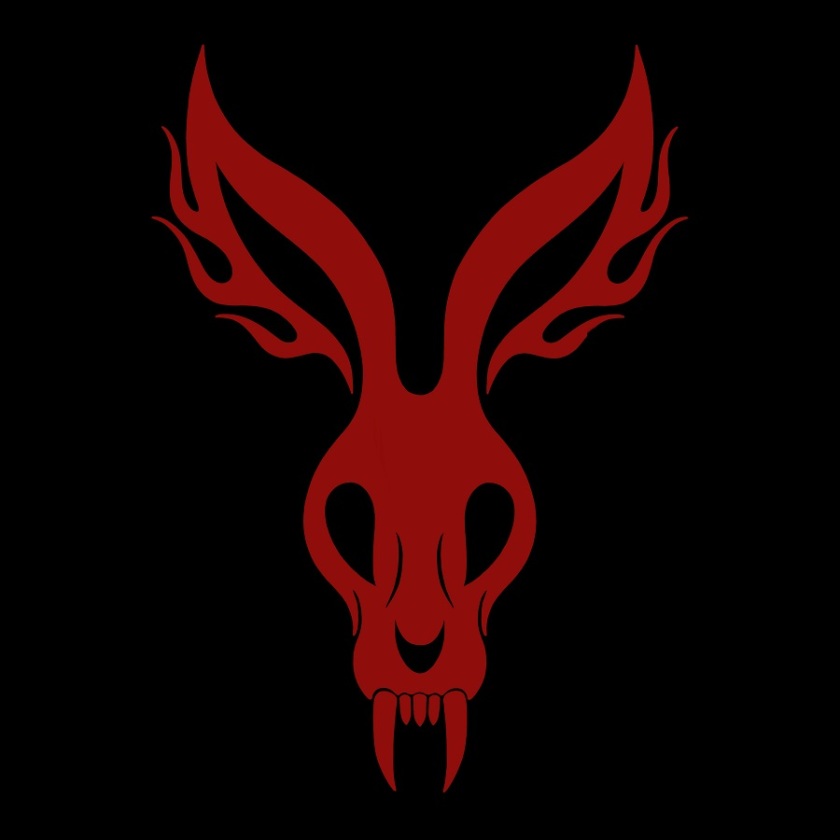 Scene: It’s 1986 and Slayer are releasing their third, seminal, and arguably most significant album “Reign in Blood;” Anthrax are touring their second album “Spreading the Disease” and poised to release the following year their own masterpiece in “Among the Living.” Meanwhile three kids from Humbolt County, California, fresh out of high school and brimming with the musical energy of youth are committing to tape a demo that would reach cult status in the underground and signal the coming of a musical and creative juggernaut that would polarise, inspire and blow the minds of not only legions of fans, but the very titans that provided the band’s inspiration.

That demo was the “Raging Wrath of the Easter Bunny” and that band was Mr. Bungle.

It is safe to say that it isn’t 1986 anymore: with three and a half decades of Metal evolution since that legendary era of Thrash Metal and the bar having been raised continually by each generation of musicians since in the quest for speed, brutality and technique, how would such a widely unheard and unknown demo fare should it be recreated in the modern day?  Upon the original release of the “Raging Wrath” demo tape, according to my math(meth)ematics Patton and Dunn were aged 18 and Spruance 17. Given the songs were written in the period preceding its release it is fair to say that Mr. Bungle are taking us to school.  With legendary cohorts Dave Lombardo (Drums – Slayer) and Scott Ian (Guitar – Anthrax) along for the ride, school is most certainly in session.

When attempting (emphasis on this verb – music is by nature subjective) to review an album, there are many measures one may use individually and in concert: musicality, technicality, arrangement, originality, authenticity, production, emotion, energy, power, the list goes on… the majority of them qualitative in nature. These measures are already difficult to apply in the relative artistic isolation of a lesser known or debut release and when a band with the storied history and incredible discography of Mr. Bungle releases an album such measures can be skewed and immediately altered within both that discographic context and an obscene level of expectation or preconception. When the individual members of such a band are so prolific and accomplished as this line-up, these concepts are subject to an exponential function. “Raging Wrath” may well suffer as being interpreted as not quite “Bungle enough” for their fanatical fan base, or be dismissed out of hand by others for simply wearing the Bungle badge. Both of these reactions fail to discern the spectacular reality of this release – it is urgent, energetic, technical and pure Thrash with a sense of humour and fun to boot. It more than survives the time capsule treatment of being committed to the earth in a different era and reproduced to a lovingly high standard today – it thrives. Grant it the multiple listens it deserves – there has been a real and warranted affection for some excellent throwback Thrash bands in recent years – now we have an opportunity to enjoy the genuine article.

Make no mistake this is pure Thrash… with a capital T. It of course has the additional layers of complexity, humour and flat out fun with which Bungle devotees will be no doubt familiar… but this is not some half-baked exercise in the Bungle you may know doing Thrash, it is the rabid compositions of a young and hungry Thrash band that later diversified into a musical monstrosity.

All that said, “Grizzly Adams,” a beautiful instrumental leads us into the listening experience with haunting, moving and restrained twin guitar. There are some subtle flashes of foreshadowing woven in, progressing to drums and distorted bass completing the build-up. A very nice sense of texture and melody and precisely the false sense of security you ought to be duped into before taking the belting around the head and neck that is to follow.

…prior to reaching those higher bodily latitudes you are first treated to sub-equatorial “Anarchy Up Your Anus:” short and… well perhaps not sweet but a rollicking tune. It boasts a classic stomping mid-pace Thrash riff to kick it off with a quirky spoken intro courtesy of Rhea Perlman reading “The Haunted House.” “Anarchy Up Your Anus” is a superb entrée, readying the palate for the urgency – and sense of humour – that quickly follow and pervade the album.

“Raping Your Mind,” one of the pre-release singles that listeners are likely familiar with, cranks things right up from there. The guitar intro is a perfect example of how Bungle approach their Thrash, laying out the red carpet by tantalisingly harmonising a second guitar to the intro and then ripping it all out from under you with an abrupt change into the centrally thematic riff right when you start to settle in. This attention deficit riffing will make this an agonising listen for some, but trust Your Grouchy Friend when he says it is worth the repeat listens to gain an understanding of each tune and feel them work their magic. With any album review it is necessary to immerse in a recording as much as possible, with this one more so, and it was a joyful process to experience. Like with so many of the songs on this album there is one hell of a lot going on: The straight-ahead Thrash verse riff is masterly stuff, the speed-stomp bridging section beyond tasty, the soloing is absolutely manic, and the drum fill three quarters of the way through is Lombardo at his superb best.

The sententious “Hypocrites” serves as a fun prelude to the first of the covers on the album: Bungle revisiting Scott Ian’s former band SOD with “Habla Espaniol o Muere” – “Speak Spanish or Die” – and giving it the absolute business. This song comes across so damn well in the times in which we live – Mike Patton is ferocious in his delivery – and the shift in narrative perspective afforded by the language change can’t help but make you wonder as to where this ironic vitriol may be directed.

“Bungle Grind” locks into some beautiful chugging passages at the start that recall Anthrax at their finest – it is incredibly apparent why Scott Ian was the one and only man considered for this project. To say this material is in his wheelhouse is an enormous understatement, and the clarity of tones utilised in the mix fully capture what Mike Patton has been saying about Scott’s bionic right hand. The song serves as the resident band anthem on “Raging Wrath” – “Life is a fucking joke…do the Bungle grind.”

“Methematics” is the song that has been on constant rotation at Chateau Grouchy, and for a surprising reason. Although admittedly a big fan of the band since his teenage years, this writer had never heard the source material for “Raging Wrath.” This song contains one of the most addictive and well-known riffs the band has ever produced – displayed here for your listening pleasure in its original environment – in the wild if you will. Discover it for yourself but this song has been refashioned into a brilliant Metal masterpiece. Patton is in top form, achieving some of his most percussive phrasing on the album to work in tight compliment with the music to produce a hook-laden delight that is one of the highlights of the record.

Admittedly a song that didn’t click for Your Grouchy Friend on its initial release, “Eracist” is the definition of a grower, and sits very tidily in the album in terms of flow. Its (in the main) Hard Rock pacing superbly anchors the wildly moving parts all around it, and serves as a brilliant launch pad for the old school mosh-pit pleasing guitar solo section. As an exercise in arrangement the song really works for the listener rather than challenging him or her, an important departure from the in-your-face intensity in which it is positioned.

That intensity comes crushing back with “Spreading the Thighs of Death” – straight ahead Thrash Metal of the highest order. The guitar solos and the rhythms backing them reach another level on this track – as does the level of unhinged mania imparted by Patton’s vocal. A thorough lesson in speed and intensity.

The second cover of the album comes in the form of Corrosion of Conformity’s “Loss for Words.” Patton in particular owns this with gusto and his vocal performance is outstanding.  Fans of COC shouldn’t be let down by this passionate recreation.

The last two songs on the album, “Glutton for Punishment” and “Sudden Death” close this out in serious style. The predominant guitar hook sections in the former grab the listener completely, whilst the latter serves up an absolute smorgasbord of technical precision: change after change after change resulting in a high-speed roller-coaster ride of a tune. Shout along sections and call and reply refrains made so popular by Anthrax and others are a strong feature of what is surely another of the top tracks on the album. Aficionados of the genre should be blown backwards by this closing track and it bears repeating to say that multiple listens are essential. Once your brain has nailed this stuff down it is thoroughly and wildly addictive – your head will be banging, your foot stomping, and your first two fingers drumming non-stop double-kick until your hands don’t function.

After countless listens Your Grouchy Friend has to say quite simply that the new Bungle is a ripper. Perspective is everything given the history and personnel involved and you’ll need to go into it expecting top quality old school Thrash splashed with Bungle humour and complexity rather than Bungle doing Thrash if that is a distinction that can be successfully communicated.

In discussing the lyrics to “Retrovertigo” from Mr. Bungle’s “California” album, bassist Trevor Dunn once spoke of how the song was “…associating the concept of nostalgia and idolizing the ‘good old days’ with nausea, or a loss of balance.” Indulging in this project can no doubt be seen by the cynical as being behaviour in the direction purported by those very lyrics, but that would be a lazy and problematic observation. The band have nailed this – taking something that couldn’t exist in such a form all those years ago and fashioning it into what it should have been rather than reflecting on what it was.

Mr. Bungle have taken the fire of their youth and stoked it to a roaring blaze – “The Raging Wrath of the Easter Bunny” is set to torch an entire generation’s concept of Thrash Metal.

Interview with the band coming up real soon!