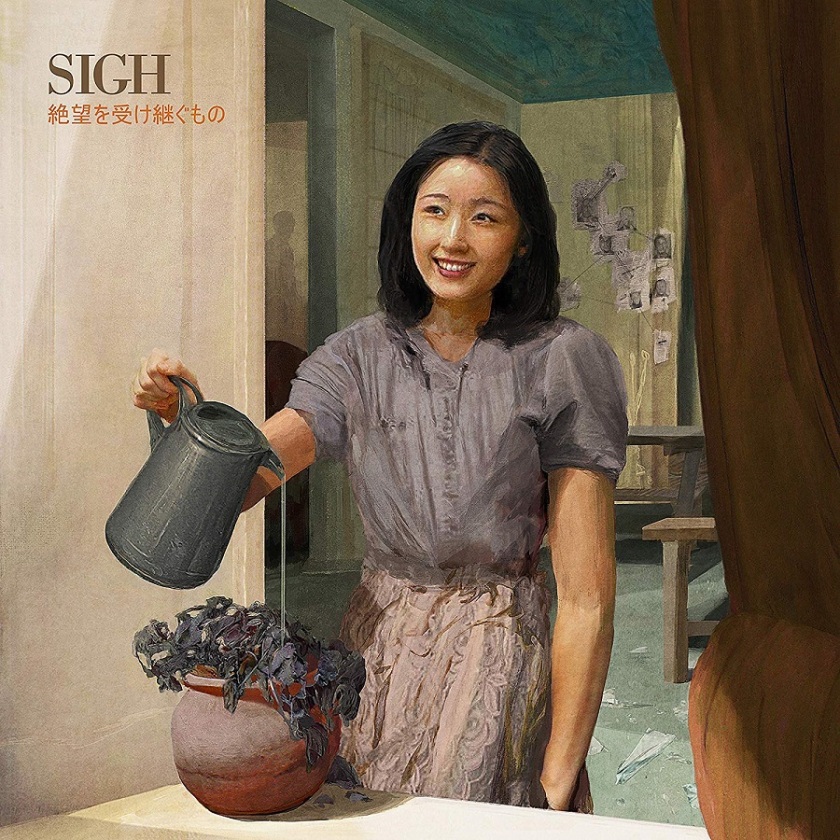 October 4, 2020 vincentpricesuperstar In Case You Missed It!, Reviews Leave a comment 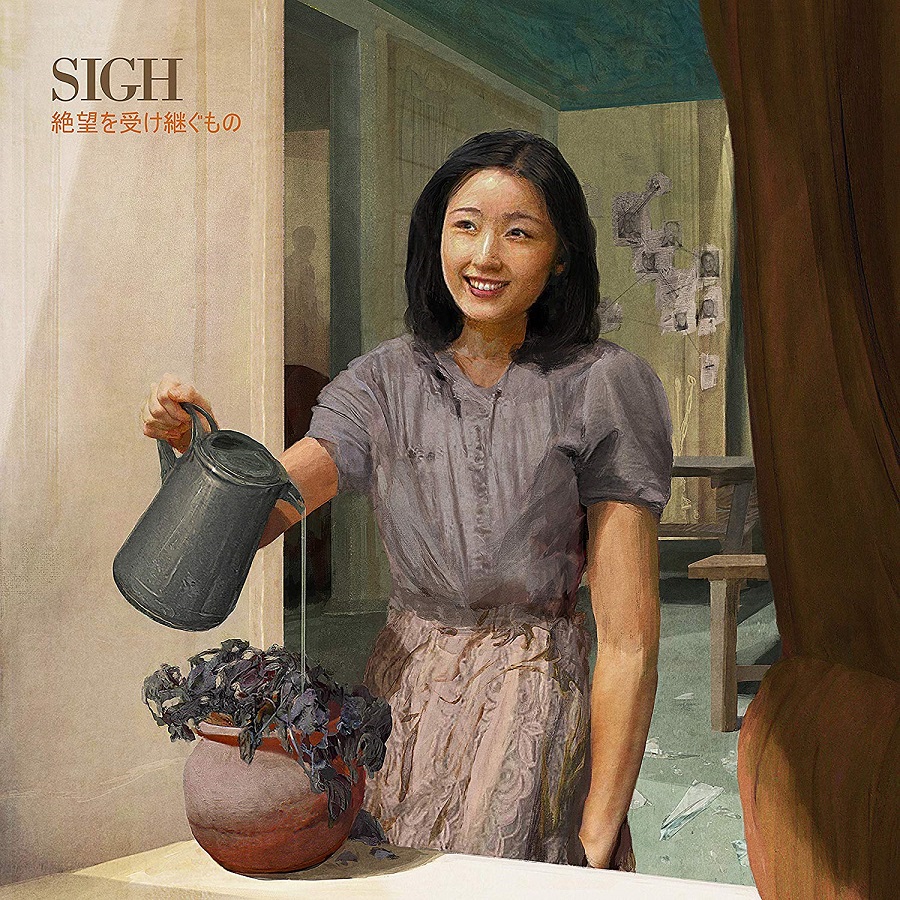 Another “H-album”, another SIGHcle complete. (Check out the first letter of each major release if you don’t get that.) And fittingly so, as “Heir to Despair” tickles this here reviewer’s cochleae more than any album from them since the first “H-album”, Hail Horror Hail. While they’ve ever put out a bad album, many ventured deep down the rabbit holes of psychedelia (“Imaginary Sonicscape”) or catchiness (“Graveward”), possibly at the expense of bad vibes and heavy fucking Metal. As the title implies, “Heir to Despair” has bad vibes in spades and seems not only obsessed with Old-School Metal but particular Old-School anthems.

Not to imply that Sigh’s experimental nature has been reined in, mind you. “Aletheia” features what sounds like tabla as additional percussion and has a general feel which is more Middle East than Far East. The metal may not be fully unleashed, but the spite in the vocals is as thick as hummus.

Those not paying attention could be forgiven for hearing the intro to “Homo Homini Lupus” and thinking someone snuck on some late-‘80s Maiden, such is the strength of its Harris/Murray melodic riffing. Said riffing unsurprisingly accelerates dramatically and the next time it pauses for breath, it’s in a blatant tribute to Slayer’s “South of Heaven”. Sandwiched in-between are guest vocals by some guy named Phil Anselmo. It seems safe to assume that nobody’s done a version of “South…” where the chords turn shimmery as they lead into a Hammond Organ-style keyboard solo, though!

Fun-fact: Yours truly, utterly sucking at the visual arts, opted for music class, learning to be terrible at the flute, instead. Thus, hearing both it and piccolo on “Hunters Not Horned” brings something vaguely resembling a smile to this ugly mug.

“In Memories Delusional” manages to blend a “Bark At the Moon” riff with a lot of instrumentation as exotic to us as it isn’t to them before approaching early Borknagar in its oddly-Scandinavian approach.

Meanwhile, “Oblivium” begins the “Heresy” trilogy with syrupy retro-synth and slack beats sounding not unlike an Iggy Azalea single, before taking a shudderingly-wrong (in the best sense) turn. Along the way, it incorporates what I can only guess a Japanese version of AM radio sounds like before swirling into a maelstrom of noise.

“Hands of the String-Puller” brings us back to latter-day Maiden riffs, but with feuding vocals barking atop them. Before, once again, going utterly bonkers with more Middle Eastern-style instrumentation and arrangements—bonus points for more flute!—and an almost “scat”-style vocal expression at moments.

At last, we have the eponymous finale which is everything an epic should be: Short-sharp-shock of an intro, frenetic solo coiling around an ominously-ascending riff, melody and menace galore. ‘New’ guitarist You Oshima (with the band since 2015’s “Graveward“) really shows off his chops here. Do they bring it down to a dark simmer? Do they inevitably return to the main riff before trading off between the two and going off on tangents aplenty? Does it build to a mighty climax? Do they do it with their own unique style? Yes! Or should I say, “Hai?” Hai, hai, hai—a thousand times HAI! (And you can spell “hail” without “hai”.)

While I’m more than aware how easy it is to think one’s come up with masterful riff only to realise later that it’s from a classic Metal song, Sigh’s been around since the ’80s, a decade whose Metal has clearly left an indelible mark upon them. One finds it hard not to assume that there’s some deliberate tongue-in-cheek tribute beneath the dark, swirling grooves as much present in the music itself as the vinyl some play it from. “Heir to Despair” was released in 2018; here’s hoping it’s not a long wait for the next “S”.