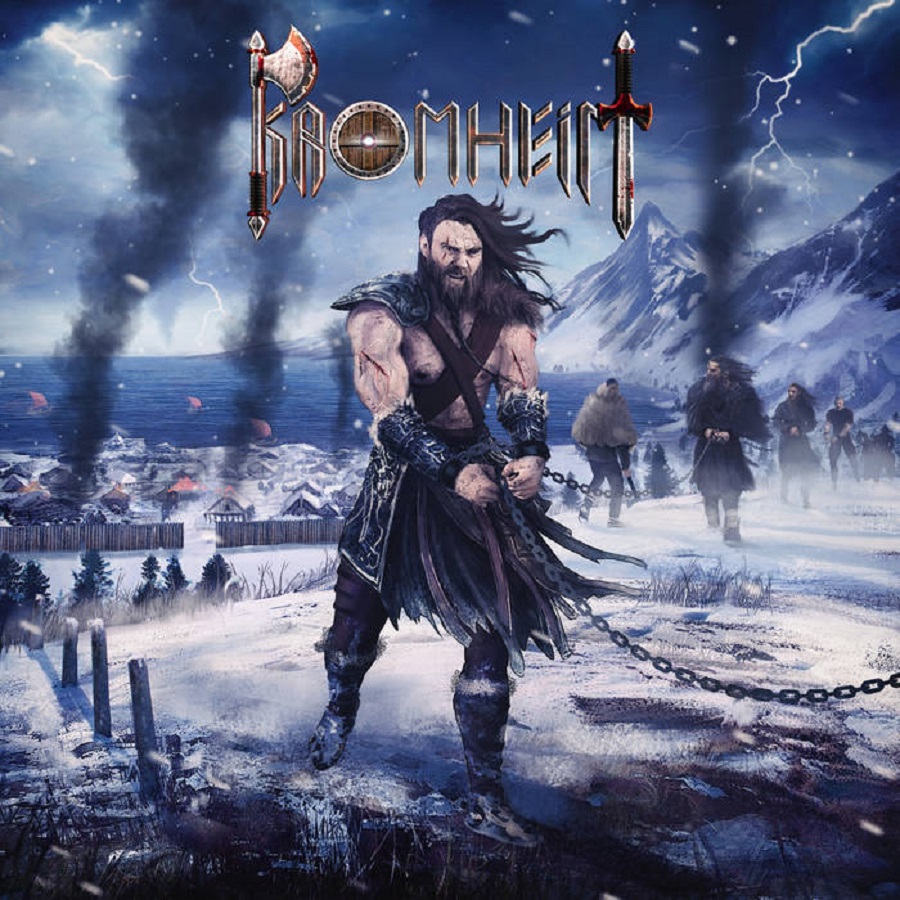 Created in 2020 and emanating out of Poland, Kromheim is a solo project and his self-titled EP is, at least to me, a mixture of Viking, Folk, and Melodic Death Metal influences. There are four epic sounding tracks on this EP and all of them will make you venture forward in search of fortune and fame or at the very least some adventure to lands and seas unknown.

Although it may be a bit unconventional that someone that isn’t from any of the usual Nordic countries is writing and creating imagery through Viking and folklore tunes, escapism through these concepts is worldwide and who doesn’t love a bit of seafaring adventure combined with big kick arse axes and tales of revenge and freedom, which by the way, just so happen to be what two of the tracks one here are about! Fancy that!

“Prayer” is literally a prayer to the ancient gods prior to heading off into battle. The vocals here, as in all the tracks, aren’t barked or screamed out but have this sinister growling whisper type undertone that provides the dark and thundery atmosphere that’s prevalent through the entire EP.

“Freedom” and “Revenge” may even both have evil traces of Black Metal it would seem, with more of the menacing whispering vocals which combine beautifully with blast beats and super cool melodic riffs and lead work. Lyrically the Viking imagery comes through with a chorus of “Grab the axe, Crack that skull, Clasp the blade, Reign supreme.”

“Storm of the Gods” is probably the epitome of the imagery of which I speak. For eight minutes it rolls, moves and breathes like the ocean with melodic near operatic guitar passes combining perfectly with catchy grooves. The production on this track and through the EP provides for a wall of sound that reaches down to bring out your inner sea dog.

If you like Amon Amarth & Dark Tranquillity to name a few, you gonna really like this. As a matter of fact this is probably the third time I’ve listened to this in rapid succession today alone since receiving a copy, so if you’ll excuse me, I’m off to sail the seven seas in search of treasure and riches, or at least head down to the shops and confront the hordes in front of the chocolate counter. A place by Odin in Valhalla is on the line!