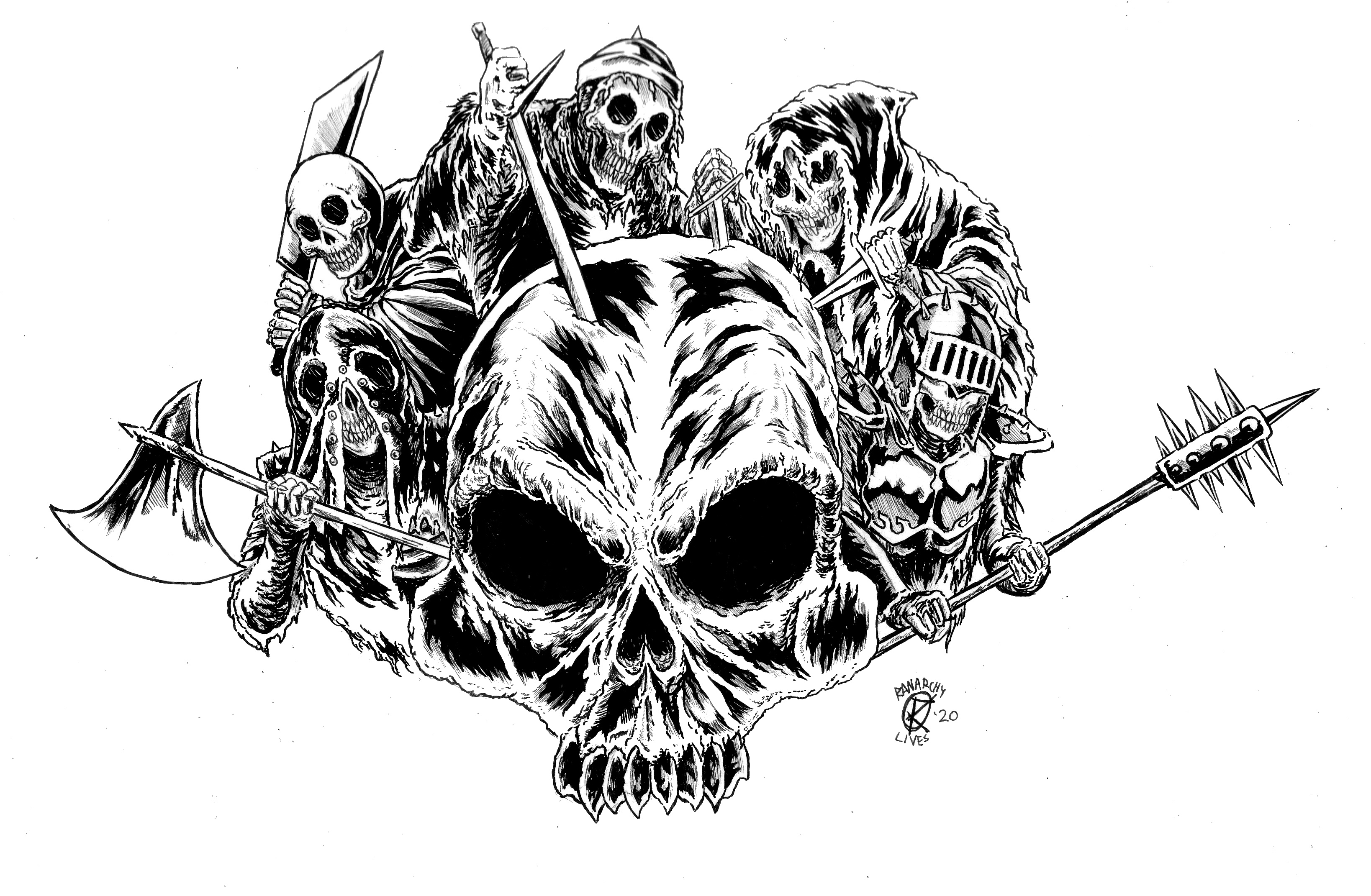 With lists coming thick and fast as each quarter, half and year goes by, we here at The Metal Wanderlust have had an epiphany of sorts regarding the enormity of such lists: Do you guys really have the time?

Our solution – one track from each staff writer here at The Metal Wanderlust. One track that kept us coming back for more

We are not saying these are the best tracks of 2020 so far but if the writers here couldn’t get enough, we are confident in saying each track on this list is must listen stuff.

That said – enjoy and we’d love to hear yours on the Facebook post comments.  Let’s share the knowledge and give these bands the followings they so richly deserve.

“Lesions of a Different Kind” – Undeath.

“The first time I heard this song, I restarted it probably six times before the 20-second mark. The riff is that good. It’s the kind of riff that could totally reinvigorate a feigning interest in heavy music, or entirely convert a casual fan into a full blown Metalhead. It is a black hole of heaviness. It is so fucking heavy it breaks all the laws of physics, and by listening to it repeatedly you are in danger of extinguishing the usefulness of your brain. Good luck getting through the whole song without injury.”

“Pretty simple really, no need to beat around the proverbial bush. EXTREMELY. FUCKING. HEAVY. Think of some of the heaviest things you know, then play this… and re-evaluate.”

“Seek Soul starts out by tricking the listener into thinking they are listening to some mainstream techno like you would hear in a dance club, but once those signature VC guitars and bass kick in, you know you’re not in Kansas anymore! This is Black/Death tinged Industrial music from the depths of hell!”

“Because this is a Prog Metal ditty that isn’t just pure riff-salad. It’s about the composition”

“It ticks all the boxes and a few I didn’t know even needed ticking: superbly ominous hardcore opening build, developing punch but with a hugely addictive groove that bounces along with the vocals.”

“If the title doesn’t make you giggle, the call and reply between brutal lead vocal and hilarious sample will. This track, like the whole damn album is both technical and fun – a combination that eludes most of an entire subgenre. Feast on this and party!”

“Starts up like Slayer but ends up like Voivod, or even like Yes. This song is a journey and the best single tune I have heard this year.”

“Whenever I listen to music I always imagine it live. I love the raw brutality of this song from start to finish: it’s like a punch in the face.”

“In contrast with all the vicious Death, here’s some catchy Doom. Frayle‘s “1692” emerged in mid-February, just in time to gloom up everyone’s Valentine’s Day.”

“Why? Because I have been listening to Testament for over 30 years. Alex Skolnick is still the best Thrash lead guitar player ever in my book, and just a great player period. Steve Di Giorgio is a MONSTER bass player and his bass line on this track is phenomenal. Overall, it is just a great track from a great fucking band!”

“The Sweet Taste of Death” – Molder

“Is old school Autopsy worship your thing? Well get ready to be thrown into the proverbial meat grinder and get cosy with the blades because the debut full length from these old souls kicks harder than Dad does!”

“The Murder of Wat Tyler” – Mystras

“Ayloss, the mastermind behind Spectral Lore is back with a new project. “The Murder of Wat Tyler” is a Folk hymn/battle call exploring a particular episode in medieval history. In this more aggressive incarnation of Ayloss’ long form Black Metal he presents another side to this history, specifically with the peasantry as the heroes.”

“The whole album is a mix of the sounds from across their career. This one has a “Draconian Times” vibe that I enjoy. Especially given the 25th anniversary is coming up.”

“Does the world have you feeling down? Need some new music? “Vortex of Negativity” by Sweden’s very own Naglfar cures that itch, with blistering icy riffs that blast you into a black hole, and emotionally driven vocals to seal the package! And who could expect anything less from a band who has been delivering their craft for the last 28 years. Highly recommended for fans new and old!”

“First listen ended in a one person moshpit. WAKE UP!!! What a start to an awesome album.”

“Pulse of the Dead” – Vicious Rumors

“If you like some good old school Metal feel with the energy of today’s Metal bands, this track is holy shit amazing:  Brings a sense of nostalgia when thrashing out to this song.”

Check out our Spotify Playlist !

And there you have it! Enjoy!