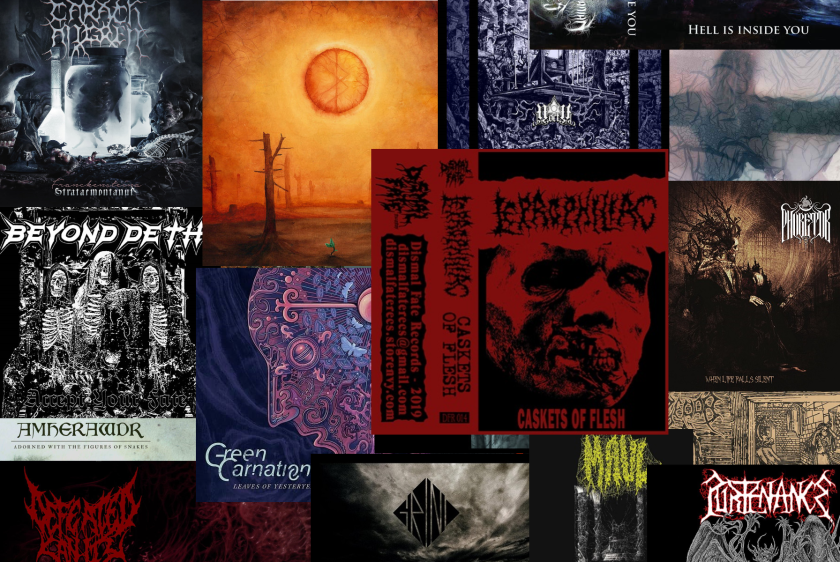 As the first half of the year has passed, it is more than about a time to unleash some of our very favourite albums according to The Metal Wanderlust staff. Once again, as this site is ALL about being a devoted music fan, passing around the word for the stuff we genuinely believe in (as we have always done and will always do), we really hope YOU find something utterly enjoyable among these gems, as this is the pinnacle of 2020 so far. At least according to…

“A Progressive Black Metal journey through a glorious Scandinavian winter, replete with myriad fascination to entice listeners of all extreme backgrounds. SkamHan ensures the bounteous waters of 2020 run bitterly cold.”

Amherawdr – “Adorned With the Figures of Snakes”.

“A single 38-minute piece of glorious atmospheric Metal from the UK. Nearly a decade in the making, this is an absolute masterpiece of song-craft, channelling the spirits of ancient Britain. If you’re remotely interested in projects like Primordial, Sòlstafir, or Enslaved, you’ll be down for Amherawdr.” 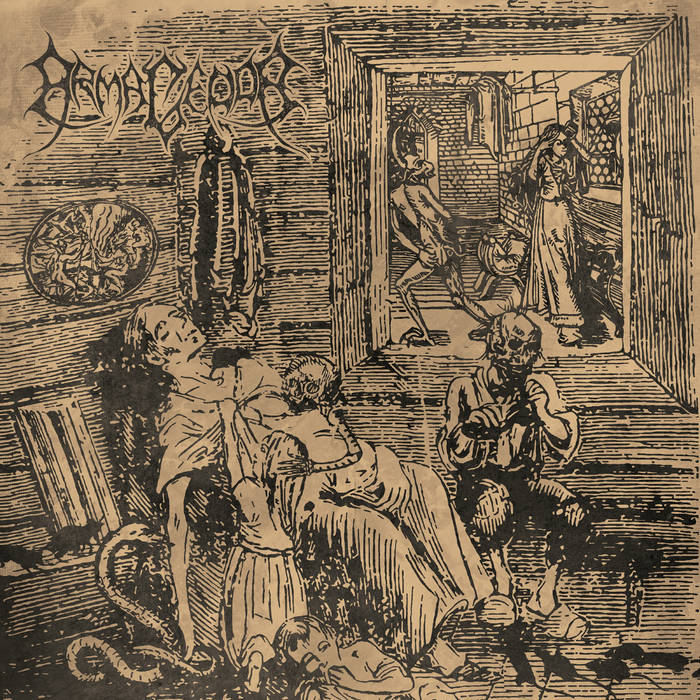 “I became a fan of this Swedish Black Metal juggernaut late in the game, as Svindeldjup Ättestup was my introduction to the band. I have since listened to their back catalog, but I can’t get this one out of my head. It stands high up with the greatest of the genre.”

Beyond Deth – “Accept Your Fate”.

“Jon Corston and co dish us out another fantabulous beating right here, if “The Age of Darkness” didn’t convince you that this lot aren’t the perfect mix of everything that is fucking great about Metal, then you may as well go take a long walk off a short pier, because you plainly don’t get it do you. Yep, this is about as perfect as any Metal album can get, and these guys deserve major kudos for not only just playing the kind of music that deserves to be up there with the biggest names, but stuff that also kicks the shit out a lot of the so called mighty! I defy you to not love this! Death/Thrash of the highest order!”

“Always liked these dudes, the theatrical side of their nature often gets mocked but listen to how sheer fucking vicious the music is as well, Brings to mind Skyclad and Cradle Of Filth in their finest days, and yes this one is well fucking theatrical, and has a shit ton of stuff to offer. You may guess what it’s about from the title, you will not expect the twists and turns it takes to tell this story! Repeated listens to get it all in, then you can just kick back and say wow. This will intrigue you, then crush you. Majestically!”

“Well, this is something I’ve been looking for, for quite a long time. An album that is as marvelously progressive as King Crimson could be, but is also as brutal as Suffocation and peers usually are. And more. Hell, this is mastery in two genres and total crossover approach. If you want to get your mind decently blown, this is your thing! 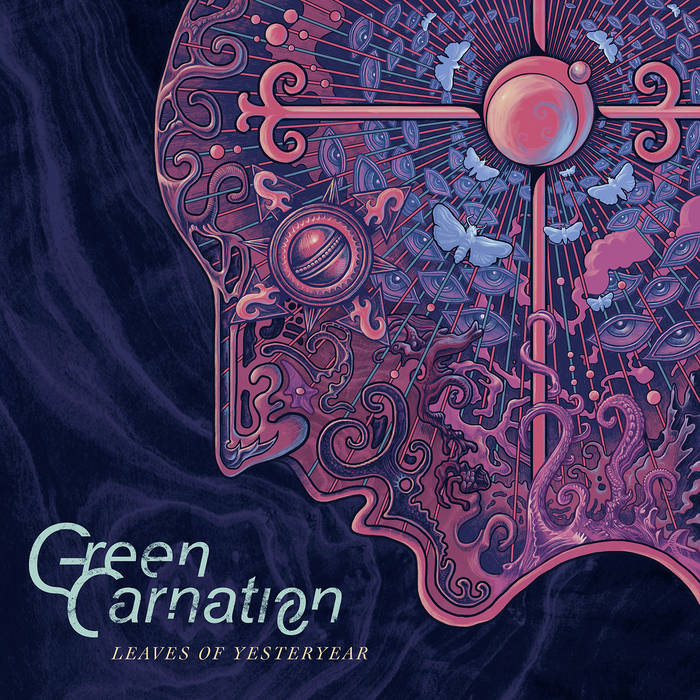 “The PCO put me onto this one knowing I am a great fan of bands such as Paradise Lost and Amorphis, this one also gives me a bit of an Officuim Triste kind of vibe, bit there is so much more to it. Epic in scope? Yes, was it worth the fourteen year wait? Most certainly, I don’t precisely know exactly what genre I would slide this into as some out there will always move the goal posts, but if it is both excellence and melancholy that ye seek, look no further. Just sheer wow is all that awaits.” 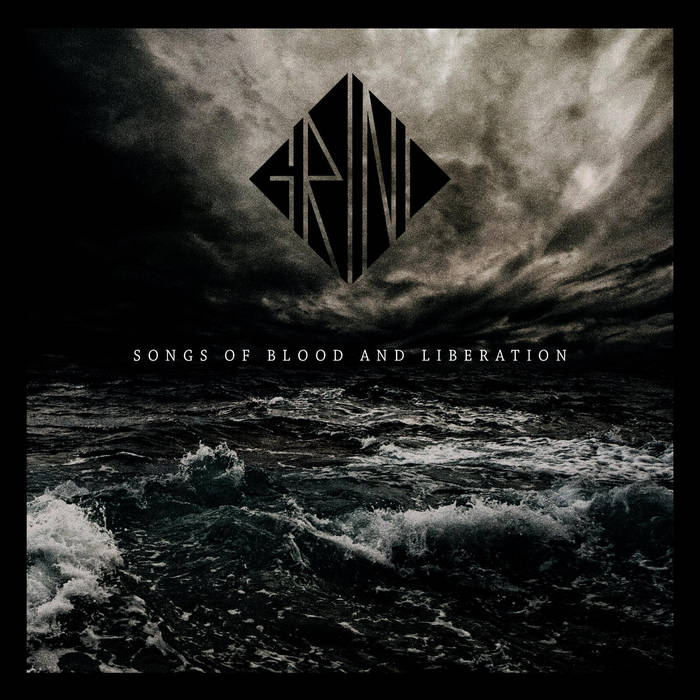 Grind – “Songs for Blood and Liberation”.

“The album we had to have in 2020. A crushing mix of heavy styles delivered with passion and authenticity. The bastard child of Refused and Morgoth that ran away and shacked up with all manner of street depravity.”

“Here we have something really exceptional. Continuing the legacy of Lifelover, Kall create music that is a) depressive and b) without any limitations of genre oriented thinking. What we have here is something that could be described as Shining playing Pink Floyd, or Mayhem playing Neil Young, but damn it works! Heads up, as it is barely as great as Brand is!” 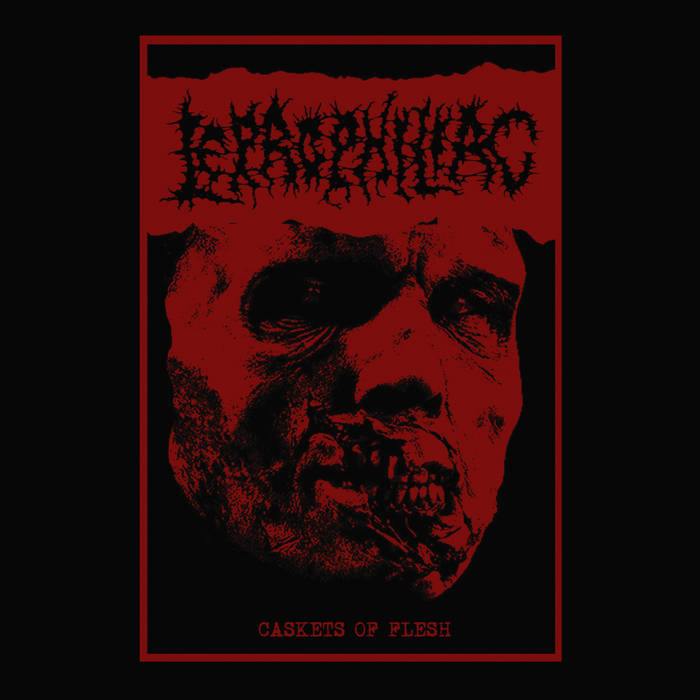 “Holy Celtic Frosted Corn Flakes Batman! What have we here? Well that previous statement should pretty much give you a fair idea one would like to think. Yes, pure unadulterated Celtic Frost worship, and for the fan like me, this is a very good thing! They do throw in a fair bit of personality to be totally honest, track three “Destined To Ritualistic Sacrifice” moves more in their own direction showing that these lads have studied the art of Death Metal well indeed! Three tracks of pummelling old school excellence, and they even throw in a cover of “Circle Of The Tyrants” to make it four! That’s a big fat fuck yes from me!”

“This thing starts out like you may well be in some sort of mushroom enhanced trance, then quicker than you can say ‘fungus are friends not food’ turns into one short, but oh so brutal Death Metal trip full of twists and turns and such majestic riffery that you are flat on the floor wondering just what the bloody fuck happened! This is disgusting, this is vile, and you never know just quite to expect, and then it is over way too soon. Fuck it, just do what I did and hit play again 45 times in a row, every day for a week, just like me! EP of the year hands down so far!”

“Italy, while known for its many beautiful locations, is also home to a lot of creepy shit. There’s the Chapel of the Dead in Otranto, the Capuchin Catacombs in Palermo, there’s a Medieval Criminal and Torture Museum in Tuscany, and a place called the Museum of Purgatory in Rome. NOCTU is the soundtrack for all of those places.”

“Obsidian being their best album since almighty Draconian Times, leaving this album out of the list would be an abomination. Here we have a band that has reached a point in their careers where they can re-visit several different eras in their own timeline to build an exceptional roller coaster ride of all things depressive. Sisters of Mercy type Goth, shaking hands with Death Doom. It does not get much better.”

“Nihilistic Extreme Metal is what the promo says, Extreme Groove Metal is what their site says, and you can just stick all of that up your jacksie. Rick Jackson from Moshpitnation put me onto this, and my mind is blown. As our very own VUK (the Magnificent) stated, this is like having six bands all playing on the same album. You get a bit of just about fucking everything, and then some more. Off kilter, as heavy as a sack full of drowned kittens, and just about as nasty as said sack to boot. I cannot even begin to explain this to you, but when it comes out, you simply must get some into you! Brilliance!” 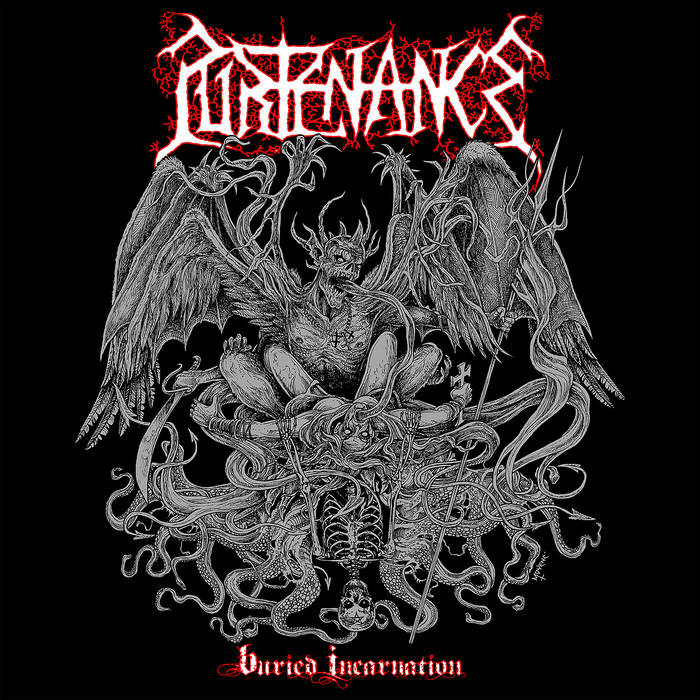 “Seen enough of kids pretending that it is 1990’s all over again? How about the real deal, for a change? Purtenance have been on their Death Metal path since the late 1980’s and their early formation as Purtenance Avulsion. They just dropped their latest album and it is the bloody best thing they have done in their whole career. Don’t sleep on it, because this is some genre defining stuff right here.”

SKYPIG – “Hell is Inside You”.

“A super dose of Sludge in the form of four devastating tracks so full of rust and guts, they’ll put a grimace on your face that won’t go away for a week. Gifted to the world of heavy music by the always reliable Transylvanian Tapes, SKYPIG’s EP is as blistering as the likes of Godflesh or Neurosis. I hope to hell these guys put out an LP real soon.” 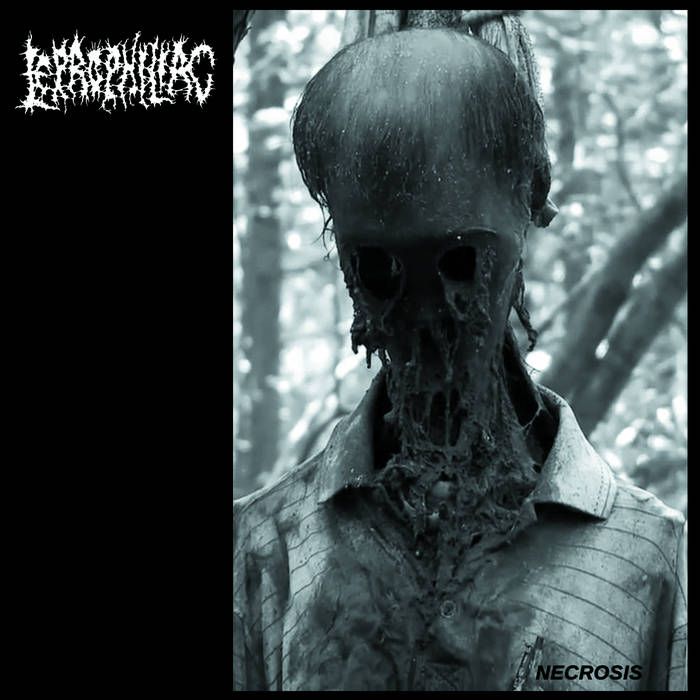 “I alluded to the fact that these guys added a huge touch of personality into their music towards the end of their demo, but who in the living bejesus would have think they would slap us around the head with this fucking monstrosity for their first full length! Sure hints of other influences remain, but they have taken all of their mighty Death Metal knowledge and created a beast of a thing that will surely be sitting right at the top of many end of year lists without a shred of a doubt, this is truly astounding.”

Laceratory – “Extermination of the Dissidents”.

“The Brutal-o-meter has gone to red! The debut album of Laceratory is a slightly progressive take on the Brutal Death Metal thing of early Dying Fetus, Devourment and Suffocation, enhanced with a slight touch of Industrial overtones. Completely free from overtly wankered tech death boredom, progressive meaning here twisting and turning song structures and hooky riffs, rather than who plays the fastest lead or hyperblast fest. This album is not 100% perfect and that makes it perfect. Especially in our days of overtly polished safe metal. BUT the best thing is the nicely varied quality of the vocal delivery. Gurgling tones switch to Industrial high pitched vocals, reminding us of the greatness of The Body, for example. Too brutal & great to be ignored!

And last but not least, our brother Meddlefan wrapping everything up with a stern warning. “Don’t fucking sleep on these either”:

There you have it, folks. Now, PLAY THESE LOUD and take us to your leader! Actually on second thoughts don’t, they all seen to be a giant pack of numpties don’t they..

Until next we meet! Cheers from the team!