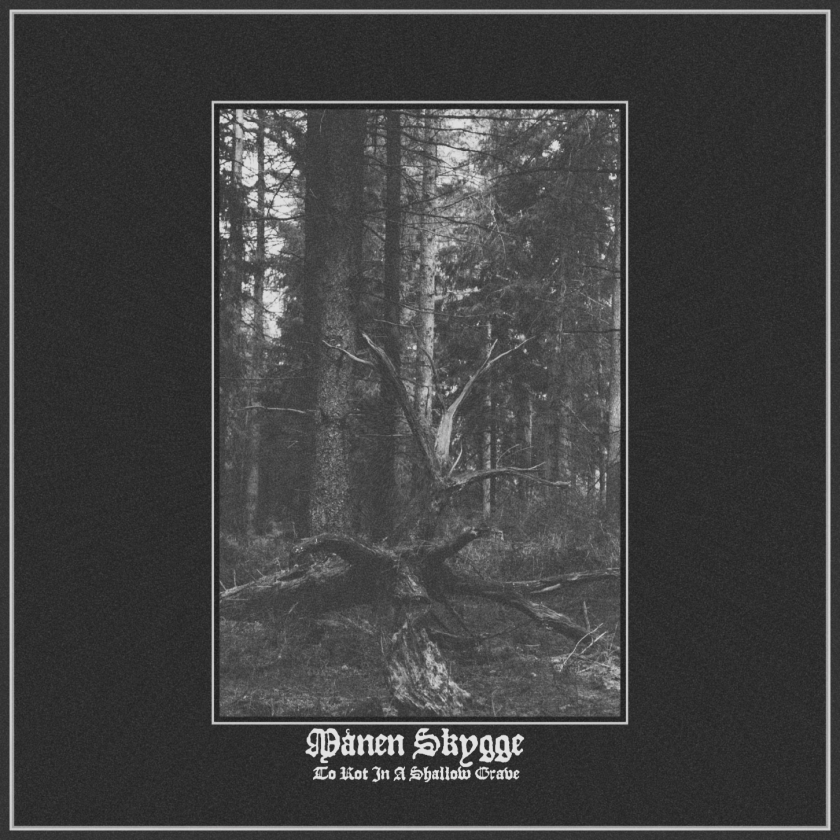 What’s the filthiest thing about one of the cleanest cities in Australia, you ask? Why, it’s the crusty Black Metal, of course. However, only one can take the position of the Crust King. That position goes to Månen Skygge, who strikes back with a vengeance on “To Rot In A Shallow Grave,” released independently on May 12th. Månen Skygge has previously released material in the form of “In the Shadow of Sorrow” in October of last year, his debut demo. But enough defining, let’s get into some Crust!

Starting right off the bat is the title track and it’s very evident that this time around, Månen Skygge has trimmed the fat and really made something special here. Both tracks, as the tracklist consists of just two songs, have a very consistent feel that makes them sound as one. They both however still manage to have defining characteristics that let you know which song you’re listening to. That’s ticking all of the atmospheric Black Metal boxes right there. Additionally, there even seems to be elements of dark, Shoegaze-esque-style material thrown in for good measure. Props to Månen Skygge for the beautifully restrained guitar work on the demo, as well. His playing style here helps properly establish the song rather than the riff, which in turn helps the demo to sound more like a journey.

Production wise, the demo is still quite clear and crisp. The clean guitar parts are splendidly raw, adding to the overall aural beauty of the demo. The drums are quietened down to make room for the mountains of guitar layers. The icing on the cake here however are the introduction of the distorted guitars – in which I will refer to as Cruskitars. The Cruskitars are every crusty Black Metal fan’s dream. Whilst extremely piercing at first, they do manage to settle in within the music after a few listens and really begin to define the moments they appear in.

To wrap up, any Metal fan who is a fan of Black Metal will absolutely adore this demo. It’s not too long, not too short, has some of the crustiest guitar work I’ve ever heard and has great songs overall! The only problem that arises from this however is; how in the crust will Månen Skygge follow this up?

Megadeaf’s deaf-inite picks for “To Rot In A Shallow Grave”:

Just listen to the whole thing, you prune.