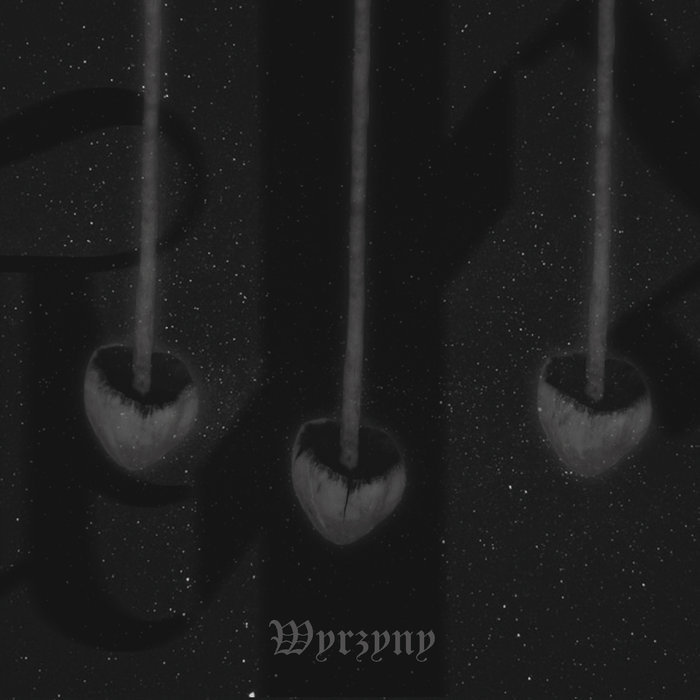 Polish Atmospheric Black Metal trio Kły return with their second album “Wyrzyny” (‘Highlands’) and  we are not talking about the mountainous regions here either as this six-track monolith, which spans an intrepid forty-eight minutes, has a concept which forms around shamanism and the magic of mushrooms with forest sounds in the background along with the spoken  poetry of Polish actor, playwright and poet Miron Białoszewski who, despite formal training ignored in his work the historical aspects that are usually deeply embedded in the Polish literary tradition, instead focusing on mundane topics of everyday life, usually from his own perspective and using very informal language, which as a result makes it difficult to translate and still bear the original meaning so unless you speak fluent Polish it’s best to just accept as is as an atmospheric inclusion to this rather unique and fascinatingly bizarre offering.

“Wyrzyny” may be bizarre but it is also utterly engaging and quite unique in the genre of Atmospheric Black Metal, but it does encompass so much more than just that genre, as I mention later.  The band recommend listening to in track list order as it is a compact, coherent story, with an introduction, development and ending, suitable for listening as one whole album, which to be honest is the way I usually listen to anything, as apparently the individual tracks do not have the same impact out of sequence or as the album in its entirety. But if, like me, you don’t speak Polish, it’s not really going to make too much difference how or what order you listen.

“Wyrzyny” is not always an easy listen either, it’s very likeable from the offset but not very fathomable, there is a lot going on throughout the release to get your head around, whether it’s a Post Rock intro or the more Black Metal body of the track, or the soundscapes and poetic inclusions, there is always that hazy psychedelic element to the sound, not surprisingly given the source of inspiration. Often like a mystical fog surrounding your senses, the vocals are delivered as either spoken or shouted with a harsh Metal edge which contrasts well against the melodies, whether it’s the quieter more reflective or the more hypnotically repeating.  All the tracks are very layered and it’s a well thought out and composed offering of great complexity, I may not fully understand it but do I really need to? It is a hugely enjoyable listen irrespective of your level of understanding, from the psychedelic opener “Burza (My rozgwiazdy)” to the hauntingly deranged closer “Zakorzenienie,” which is all that really matters. It’s not an album to pick a favourite track from but there are some elements that draw you in and others that repel you and put an unnerving chill down your spine.

“Wyrzyny” will be available in the following formats: Digipak CD, Clear LP, Black LP, Digital via Pagan Records from the 8th of  May.