It’s not often to find a band that both elitists and ‘normie’s’ (if you take exception to this word then maybe you’re a poser) enjoy. Sure there are some exceptions but none in most recent memory. However in 2020 we FINALLY have a band so catchy, filthy, and riffy(?) that it has united the underground in a way that is truly hard to do! The deranged Death Metal fiends in MOLDER!!

That’s right ladies and gentlemen the debut full length hits harder than my Dad after a heavy night of drinking. Trust me, I asked my mom after we jammed it. Straight off the bat you are immediately shredded into “Granulated Chunks,” giving off HEAVY Autopsy vibes with the putrid filthiness the vocals have all the way down with some of the catchiest guitar riffs getting put out right now.

After getting grated into a bloody paste you officially get the “Sweet Taste of Death,” a mid paced gore soaked riff laden song that the bass really shines through driving the song off the road smashing into a nightmarish scene of bloody roadways where you just smashed the driver next to you and now you’re eating his entrailssss….. yeah okay I’ve gone too far. Also that solo is just a HARD FLEX on everybody. NEXT 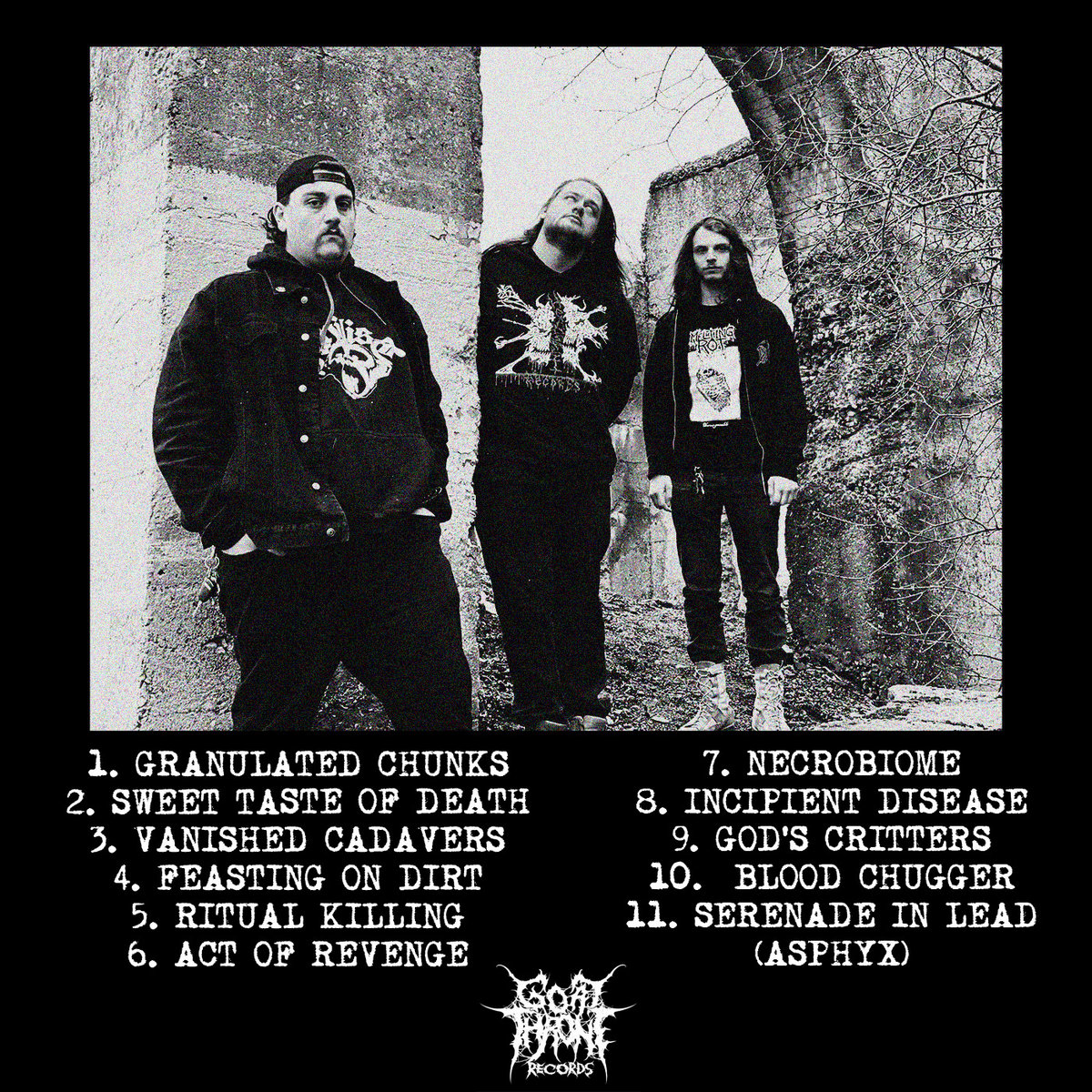 Another absolutely fucking awesome thing the band does that you really don’t see much anymore are guest spots! Sure there are some here and there but this features an abundance of GREAT underground musicians such as Cody Davidson (Putrid Stu/Sanguisugabogg) who also mastered this over at Fix My Face Records, Chris Monroy (Skeletal Remains,) and Mike fucking Perun (Cianide,) along with a few others which just makes Molder that much more awesome in my opinion!

Now if you’re familiar with the band then some of these songs won’t take you by surprise because we know them, the aforementioned “Granulated Chunks,” “The Sweet Taste of Death,” and “Act of Revenge” to name a few are songs we’ve heard but the re-recording and mastering of these songs really bring them to a high where they feel brand spanking new!

All in all like I said before, everyone is loving this band. And God dammit it’s for good reason. Everything rules on this release. The production isn’t overly processed and still has a ton of grit. I think they were really trying to capture the essence of the underground scene and they absolutely curb stomped the opportunity. This will be on a ton of favourites of the year lists and I can’t wait to put it on mine!