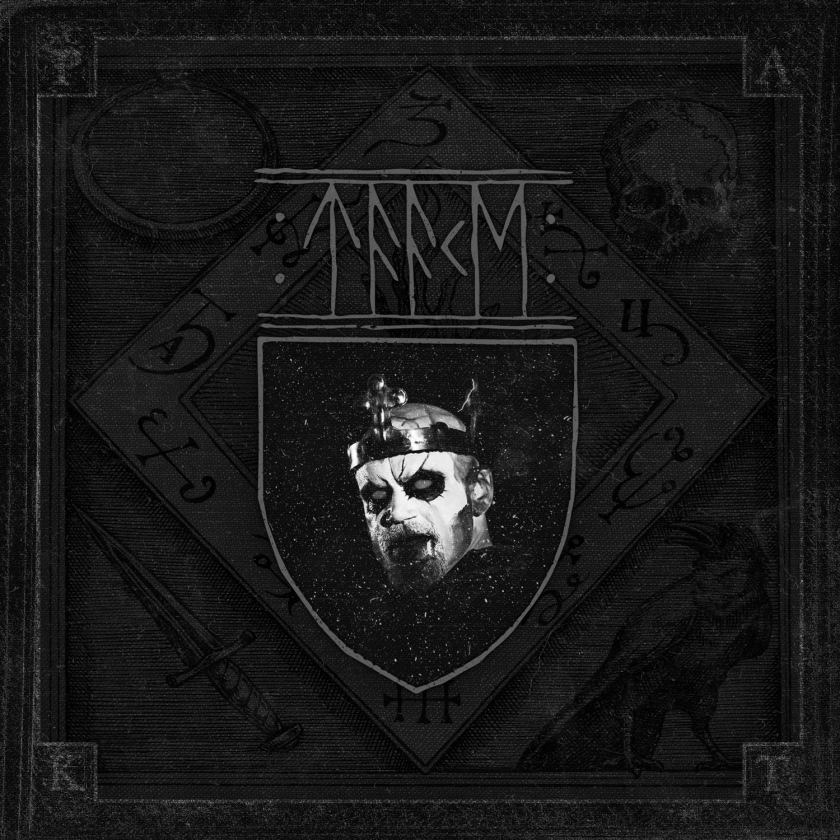 I’ll be honest, I was pretty excited when Andrew asked me to review the new Taake/Whoredom Rife split. I’ve got mad respect for Hoest. Any man who gets back on-stage after having his knob accidentally make a guest appearance, and who has also used banjo in BM, gets mad props from me. Now, I’ve never heard of Whoredom Rife but there are no on-stage wardrobe malfunctions in their bio, so let’s start with side Taake.

I love the way Hoest writes riffs. The opening riff on “Ubeseiret” has Taake‘s dissonant groove feel to it. No banjos though. What always struck me about Taake was that I think he’s either a musical genius or has absolutely no idea what he’s doing. He does things that just shouldn’t work musically, but they do. Riffs with bizarre endings. Riffs placed next to each other than probably shouldn’t even be in the same song. Before I review the next song, I’ll state that I loved “Ubeseiret“.

Track two is a Sisters of Mercy cover. I don’t listen to Sisters of Mercy much. I’ve heard songs here and there, but never really got into them. There was a kid I went to school with and he liked them. He was a turd so I guess they became associated (negatively) with him. Anyway, I went and listened to the original version of “Heartland” such that I could comment on Taake‘s take on the song. In short, they’re both shit. Although Taake‘s version appeals to me more than the original, the problem here is that the bass line is not strong enough to keep the listener interested for half the song. That said, the bass sound on Taake‘s version is nice and dirty.

Moving on to side Whoredom Rife. Having never heard them before, I wasn’t sure what to expect. “From Nameless Pagan Graves” is fairly straightforward, blastbeat BM. It’d be remiss of me not to draw comparisons to Dark Funeral here, but Whoredom Rife‘s music is more aggressive. More intimidating. Even though the song structure is pretty simple, there’s something unsettling about this song. When someone says “Black Metal”, this song is exactly what comes to my mind. I love this style of BM. Track 2 is a slower affair and in an odd twist, suffers from the same problems as Taake‘s second track. Specifically, the riffs in the first half of the song are not strong enough to carry the song. Mirroring Taake‘s second track, the music picks up halfway through “En lenke smidd i blod” and the song ends with a few quicker paced riffs and a really nice acoustic outro.