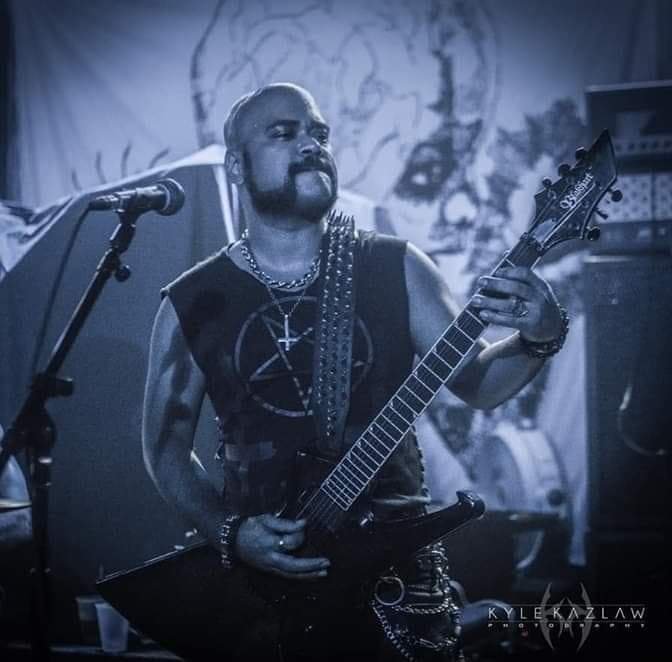 Guess who’s back! Meddlefan! A big fark yeah from us right here at TMW, because he, as you already know, asks the questions that we all REALLY wanna ask, and just always forget to! Here he has a rather excellent conversation with the amazing Chriss Sathanas, whom you may know from such bands as Devilworship, Thy Sathan, Sepulchral, and he also gets to work with the mighty Kam Lee amongst other things! We are truly honoured to have him share his awesomeness with us! Read on people!

First off. Thanks for doing this interview man.

Your welcome brother! Thanks for this!.

To begin with, where abouts do you hail from?

And to follow suit, where did you grow up?

What would you say is your favourite local spot to go to?

There’s a few! for local shows its the Brass Mug in Tampa. For just going out here in Apopka for a cold beer that would be either the Oasis bar or Rock Springs bar and grill! ha!.

Could you tell us how long you have been playing for?

What would you say makes you tick?

The modern pussy world we are living in today arrrghhh!

Would you say you are different when creating music than other people?

Don’t know if i do something different than others I just have to have those moments that I’m either pissed or ideas start coming in my brain. Normally just jamming on the guitar and record something when it feels right. Or sometimes titles come in first or lyric ideas then I come up with riffs.

What is your favourite alcoholic beverage?

Budlight!, Busch!,Budweiser! or anything that has alcohol in it ha!.

Do you ride a motorbike?

Not yet! still don’t own my Harley but i will for sure! 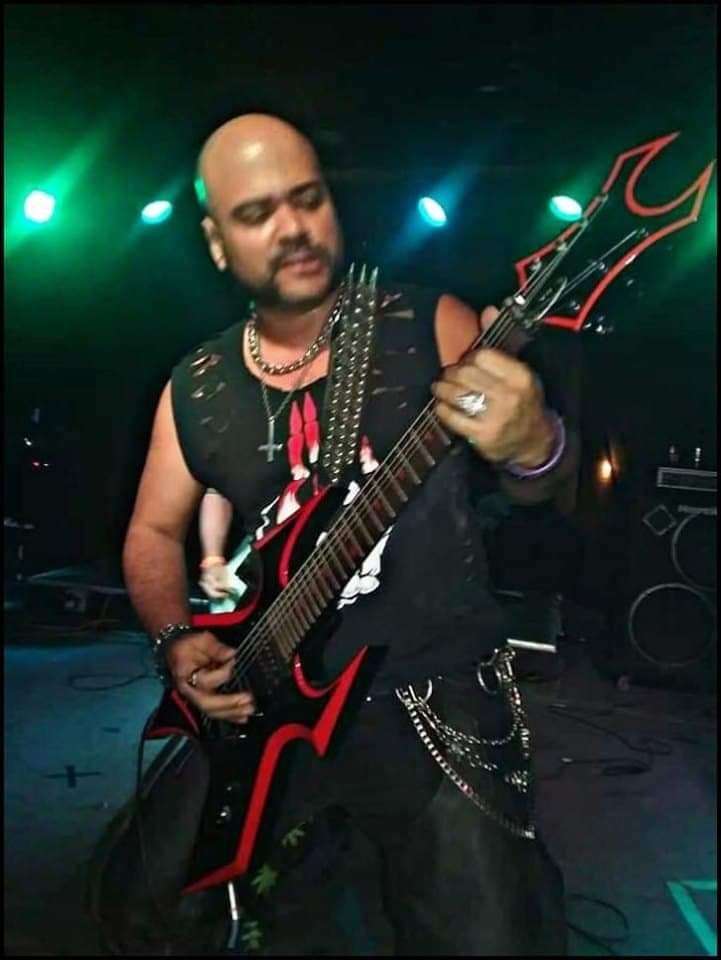 Care to share with the readers what your favourite type of food is?

Who would you like to give credit to in inspiring you to create Death Metal?

You didn’t ask how many so here it goes.

What is the craziest thing you’ve ever done you can talk about?

Play on a rock fest back home in P.R next to a church! then scream blasphemy shit on it out loud till we got banned!. Later on we came to that church and pissed on the doors!. Good times we were kids haha.

Any chance you would play a show up my way?

Hell yes those are my goals may be with 3KD or the other bands I’m in, it will happen one day. 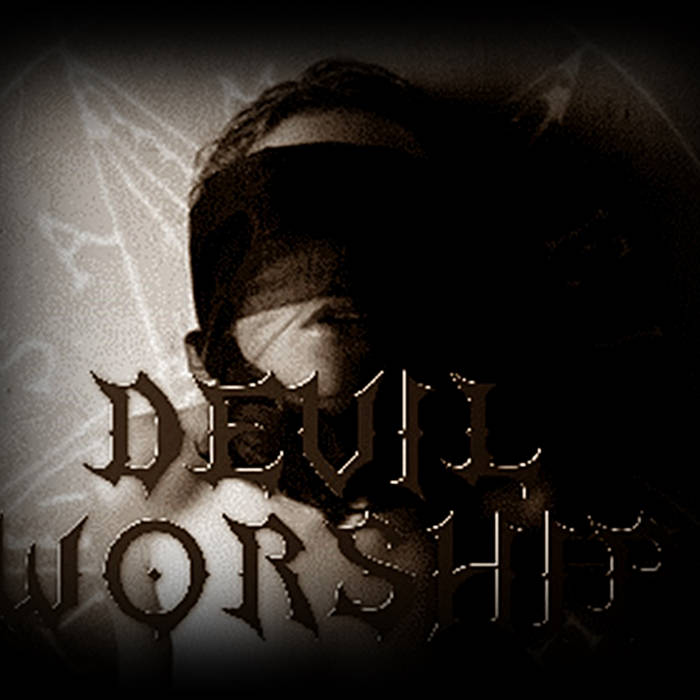 I used to go fishing with my dad when i was a kid on his boat. Getting Marlin or Barracuda. Good times!.

Who is your favourite horror author?

What is your favourite horror novel?

The Shining by Stephen King.

What would you say are the best concerts you have ever attended?

– Judas Priest in P.R, and Jacksonville with Deep Purple.

Who is your favourite horror character?

What horror character from a slasher film would you be if you could?

What other types of movies do you enjoy?

You said you love Clint Eastwood. What is your favourite role by him?

Il Buono in The Good the Bad and the Ugly by Sergio Leone. The Best!.

Yes I do it’s a classic.

What would you say is your favourite part of the movie?

When Thulsa Doom turns into a snake.

What about the Savage Sword of Conan comics, did you get into them?

Are you a collector of things?

Can you tell us what is up and coming for Three Knuckles Deep?

Right now I officially switch to lead guitar and original bassist Eric Daugherty is back on bass!.Feels awesome, the band feels stronger and we can add more elements to it now!.

Where are you playing shows?

Next show will be November 12th at the Haven,Orlando with Mindscar. Then December 11th with Nile and Terrorizer at Soundbar,Orlando.

Any material being released soon that you can tell us about?

Plans are for the beginning of 2020 to start recording our first full 3KD album! We may record 3 or 4 first as an EP cause we need something out there already! Need it bad. But everything is set, we have the songs and the place & person to record with!.

Care to share with us any other projects you are working on?

I’m also playing Bass for the KAM LEE solo band! we have plans for shows for 2020. It’s going to be killer!.. You will hear some updated from Kam soon! I just released the first DEVILWORSHIP full length album “Worship the Flesh” with brother Darren Peterson from Luciferian Insectus!. It’s already available on digital format on bandcamp.com. You can get it at www.devilworshipmetal.bandcamp.com.

And I will begin writing new tunes for that in 2020 for a second album! I also have the OLD LEATHER project with Ralf from Thrash or Die. The EP has been finished just needs some arrangements. And THY SATHAN right now is not active or doing nothing.

Well besides NOT been sober! (joke!).. Just busy and busy making Extreme Music! Recording with 3KD, Playing & writing with Kam Lee and writing new songs for D.W! Live and die for metal the only way.

All right man. Many thanks for the chat brother, anything else you’d like to add, the floor is yours!

Thanks to everyone who has come to support 3KD at our shows! You rule and we love you!. Everyone who has supported and actually liked my crazy projects like DevilWorship,Thy Sathan, and Old Leather it means a lot!. And a big HAILS to all the brothers and sisters I have met and all the new ones that I shall meet! Keep supporting underground music! support your local scene! Go to the shows!! Head bang, drink, Have a good time! life is short! Rock till you drop!. See y’all soon!. 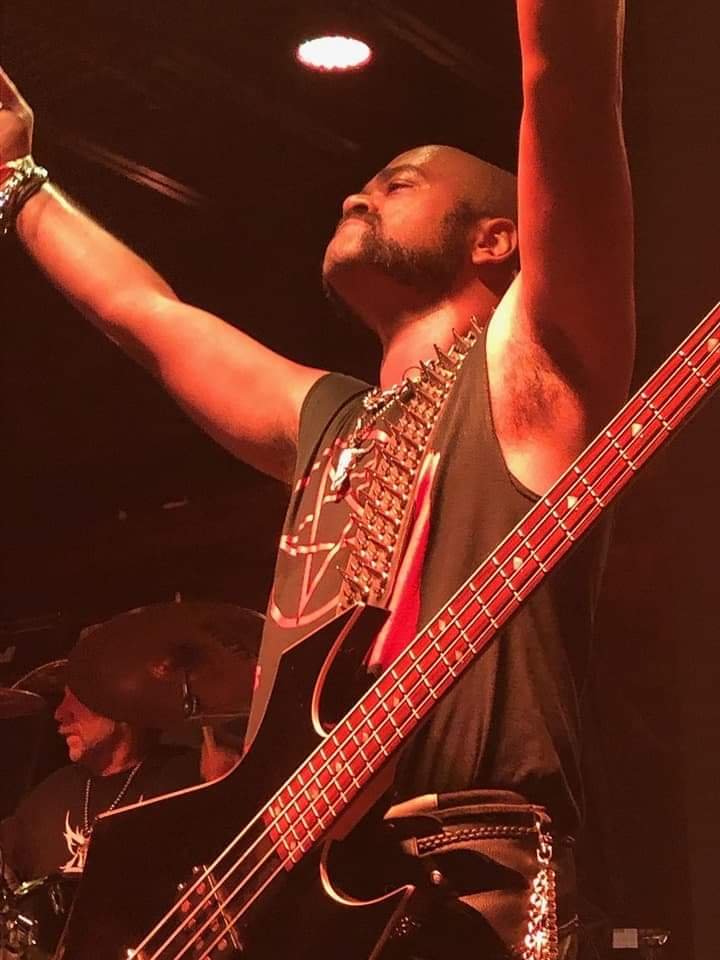 Fantastic stuff, and a great bloke for sure. Make sure you go and check out ALL of his work, and look forward to the upcoming material just as much as we are!