Meddlefan, as he does, had a bit of a chat with Kreishloff, guitarist from Greenville, South Carolina based Technical Death Metal band Lecherous Nocturne. As always, he asks the questions that everyone else just doesn’t ask, and nobody expects, a bit like the Spanish Inquisition. Nobody expects that. Anyway, enough waffle. Meddlefan, have at it!

First cab off the rank, where did you grow up?

I grew up in Minnesota.

And if you care to share with us, where do you live now?

I live in South Carolina

What type of activities do you enjoy besides creating Death Metal?

I like to be outdoors, shoot guns, wrench on motors, gaming, partying, working on guitars and amps,  shit like that.

Have you ever been skydiving?

I have never been, ever since I saw Dave Mustaine do it on Headbangers Ball I’ve wanted to ever since…..never have the time

Have you ever taken a hot air balloon ride?

How do you come up with the music you create?

It can come out of nowhere and those times tend to be the best for me, however it generally all starts with a song title. Once I have an idea of what the music should sound like based on the title and content of the song I can start to link ideas and riffs together to mould the beginnings of a song. That mould will then go through personal scrutiny and refinement before I present my ideas to the rest of the band. From there the guys put there own seasoning to the meat for consumption.

What is your favourite brand of peanut butter?

Where is the coolest place you have ever been?

Do you, or did you ever skateboard?

Longboard? I did as a kid, I sucked and could barely land a kickflip. Guitar was my thing.

What type of a kid were you?

Insane, juiced up on prescriptions fuelled by testosterone and weed. Stayed in trouble, Heavy Metal has kept me out of prison and the morgue.

Where would you like to play live? Any venue in particular?

How long will the fans have to wait until the next album is released?

We are currently writing, however I don’t like to put dates to these sorts of things until its ready.

Do you have any side projects that you would care to share with us?

I am currently putting one together with some heavy hitters.

What are you most passionate about? What drives you?

The craft of  Heavy Metal.

What fictional character would you be and why?

God….I would jerk off into everyone’s socks while they sleep.

I don’t have the patience for fishing and hunting is a ton of fun with the right party.

Can you share with us your biggest influences in DM or music in general?

Are you going to do some live shows or a tour anytime soon?

What helps you create the music?

What would you say is your favourite style/styles of music?

Many thanks for your time Kreishloff.

Thank you very much for the interview.  I appreciate it . Thanks for supporting Lecherous Nocturne and Heavy Metal. 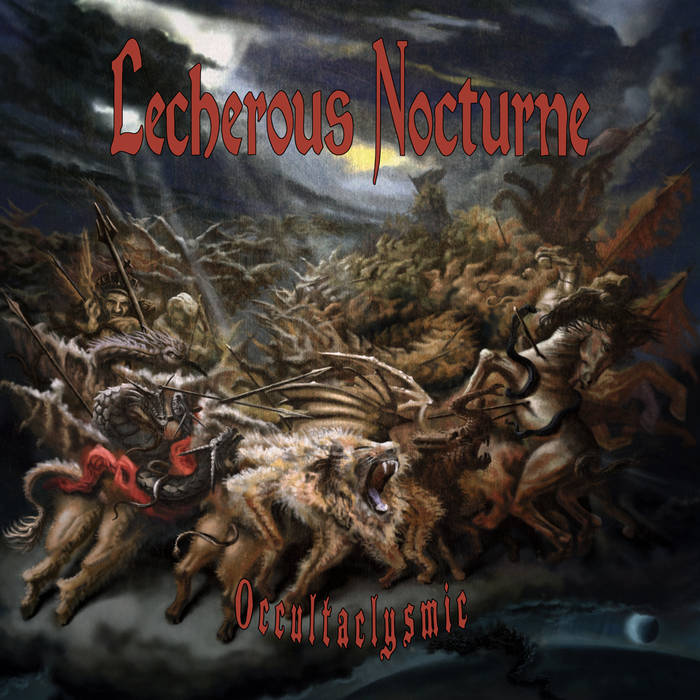 And there you go. Another bloody interesting interview from our old mate Meddlefan, and many thanks as always to Kreishloff for being a good sport and playing along! Follw the links below if you feel the urge to get better acquainted with the band!