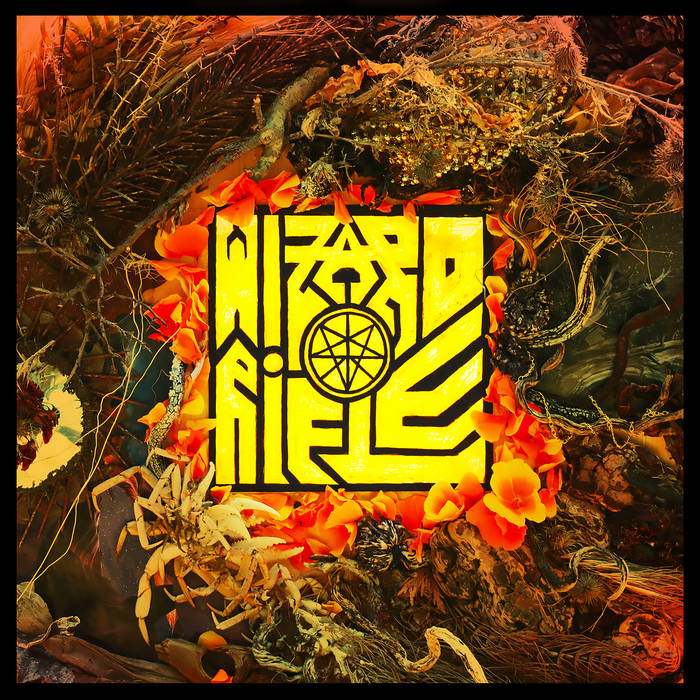 What is a Wizard Rifle?  Is it a Rifle used by wizards?  Does it have magical abilities, or is it just a plain old rifle?  What kind of wizard are we talking here?  A Doctor Strange-esque Sorcerer Supreme? Some old dude with the cone shaped wizard hat and scepter à la Merlin or Gandalf?  Or the fireball conjuring Tim the Enchanter from Monty Python & the Holy Grail, complete with horned skullcap? Is ownership legal under current U.S. law? Or…..is the rifle the wizard?????

Who knows how far down this (Killer) Rabbit hole goes?  But, one thing is for certain, the concept of a Wizard Rifle is as enigmatic as the band themselves.  Consisting of guitarist/vocalist Max Dameron, and drummer/vocalist Sam Ford, this peculiar duo from Portland Oregon is celebrating their 10 year anniversary with the release of their eponymous 3rd album. Wizard Rifle often blurs the lines between genres so that it becomes difficult to tell where one ends and another begins. Somehow, they have expertly achieved the complicated balancing act between being catchy, and being avant-garde. This was a very hard review for me to write, due to the ambiguous nature of these songs; because I kept getting the nagging feeling that no matter how I described them, others would interpret the sounds differently, and come to the conclusion that I hadn’t even listened to the album at all. While I hear a spastic fusion of Metal, Punk, Prog, Doom, Noise, and Sludge….with a dual vocal attack that skillfully switches from abrasive shouting, to more tuneful singing that borders on Psychedelic; others with less refined ears might hear your basic run-of-the-mill Alternative Rock. And a third set of ears might hear something completely different altogether. So I’m not going to spend too much time going into greater detail about the songs, as lazy as that may seem, because doing so would be essentially pointless.

So let’s get to the obvious stuff that we can all agree on. There’s 5 songs. And umm…..that’s it.  Most would assume that makes this an EP, however, the shortest song is a little over 7 minutes, and the longest is a little under 13 minutes, in total clocking in at just over 45 minutes.  Easily full length LP running time. So not even the type of album we’re dealing with is clear, and is entirely subjective to whoever is listening. Well played, Wizard Rifle, I see you….

In conclusion, the answer is, Tim the Enchanter!