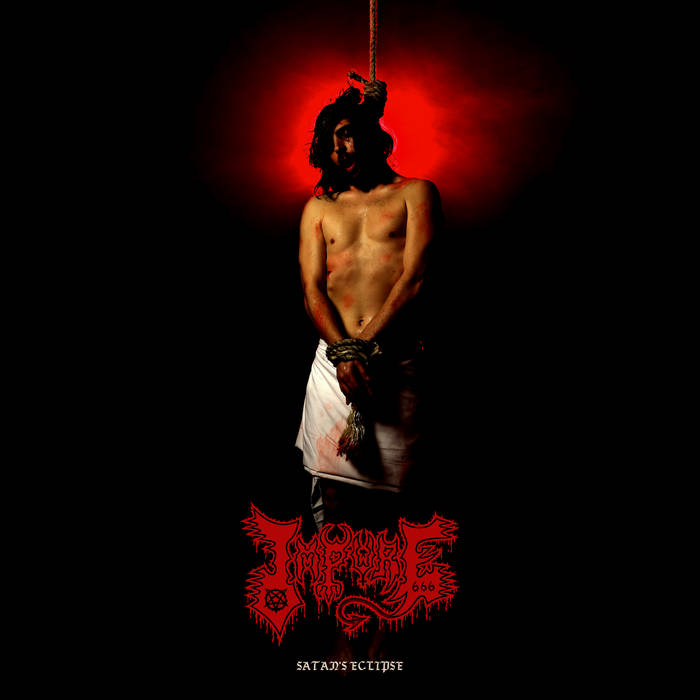 Okay kids, let’s go inside for some chips, cookies, and art and crafts for our satanic rituals! Oh hi there, it’s ThatAstronautGuy back again to bring to your attention something so malicious and malevolent you’ll be calling your local priest to come to your house so you can hang him in your basement to mimic the cover art for,  “Satan’s Eclipse” the debut full length by the diabolical demons themselves, IMPURE!!

Oozing evil as soon as it starts, it’s like playing with a Ouija board and Satan himself talking through it. “Death Secretion” hits the ominous notes to open this up, adding to the anxiety straight into a filth filled old school bathtub full of riffs and underground production techniques, giving this an authentic sound that no one is pulling off better than these guys at the moment. The production is by far one of my favourite things about this. Tracked at Moonlight Mile Studios in New Jersey and produced by Fred Estby (Dismember) everyone should just start like this duo when recording and give us this sound that we so desperately need in this time of the ‘staleness’ some might say of the new wave of Death Metal going around.

With that being said, I love all things Extreme Metal and can find something cool in everything, but this is another level of cool. It’s like your Uncles ’69 Camaro, but the Camaro worships the devil and is your ride to hell.  “Sapphic Initiation” is a hole of tar filled with fire that is a slow burning hymn to the Devil. HORNED FATHER OF DESECRATION (vocals,drums) and SATYRANNICAL LORD OF ASSAULT (guitars,bass) dig down in the middle part of the album not swaying in heaviness and all the while brutally assaulting your ears.

Guess it’s something they started putting in the St. Louis BBQ, maybe they put a little pigs blood that was cursed and mixed it in, or maybe their mothers are horned beasts that raised them to be hellbent on revenge to everything holy. With songs like, “Sorceress Maelstrom” and “Danse of Slaughtered Cherubs” to go along with “Satyrannical Descreation” and “Satan’s Eclipse” to close this banger out it’s not hard to imagine both of these guys are literally malevolent spirits here to preach their hate and spew the word of the devil to the masses. And I couldn’t love them enough for it. 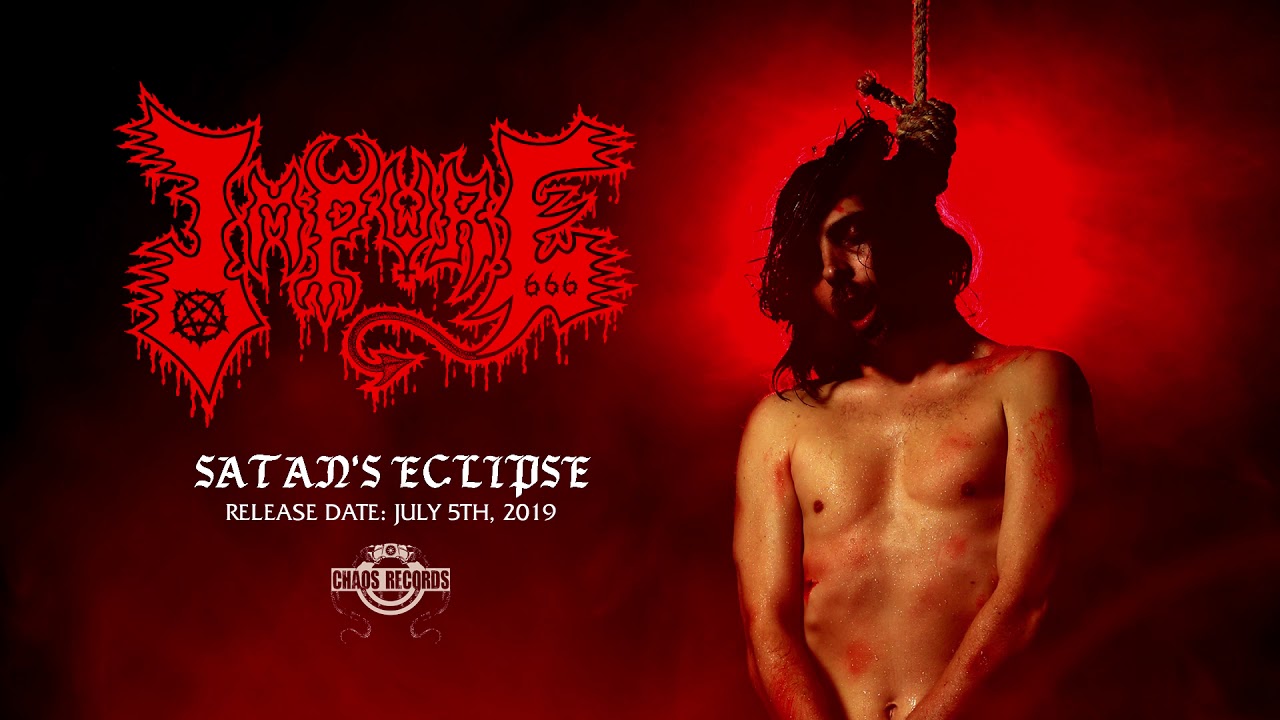 It’s everything I want in a Death Metal album plus more. The riffs, vocals, and like I said before, production are so spot on you’d think you were listening to an album straight from the so called ‘Golden Years’ of Death Metal. Some would label it Black, but we can settle for blackened death and you’ll have your panties in a wad while I’m headbanging and laughing at you trying to ‘Genre Shame’ me. HAIL SATAN, HAIL IMPURE.