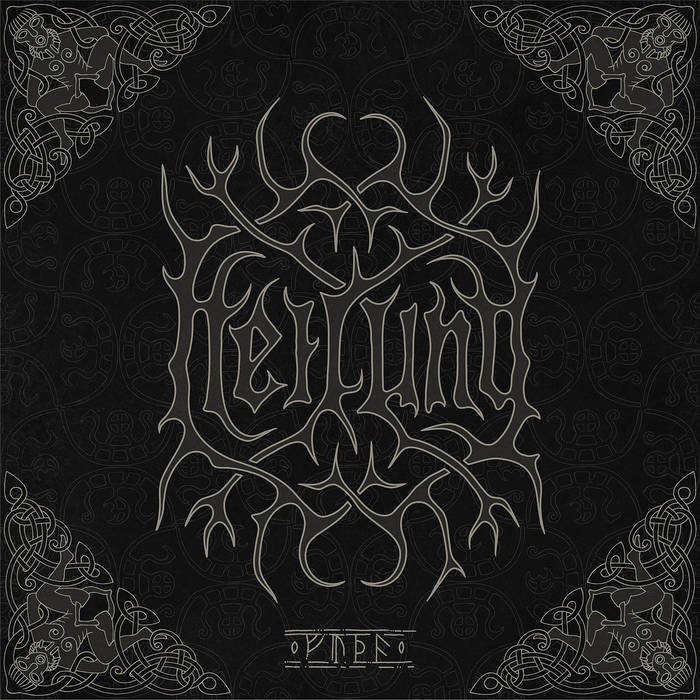 I’m going to preface this review by saying that I love Heilung. I loved their last album. I love their imagery. But, I’ll try to be unbiased in my review of “Futha“. Who am I kidding? I’m as giddy as a schoolgirl on her first date with the captain of the football team. Excitement aside, Heilung are a tough band to review because you either know what to expect from them, or you’re one of the uninitiated. If you’re part of the latter group, Heilung play traditional Northern European music drawing inspiration from the Iron and Viking ages. So, there’s singing, chanting, and lots of drums. On their new album, “Futha”, Heilung expand their sound by using loopers and other forms of technological wizardry.

“Futha” starts with a short spoken-word piece; another aspect of Heilung I love is Faust’s vocals. Note: He’s not the dude from Emperor. The song then shifts to a trancy, repetitive vocal and drum section. An impressive aspect of Heilung’s music is that they can repeat a single vocal line almost ad nauseam, and yet it’s not boring. I have a really short attention span, so they’re definitely conjuring some ancestral magic here. Other highlights on “Futha” are “Norupo“, “Traust“, and “Svanrand“. The latter is heavy as f**k. The female vocals here counter the low-end drums and work to expand the soundscape. This is an important point – Heilung are all about layers.

If I had a bone to point at this album it’s that there are too many spoken word parts. “Vapnatak“, for example, is four minutes of Viking battle sounds and some jibber-jabber. And, don’t get me started on “Elivagar“; a seven minute talk-fest with some bullsh*t going on in the background. If I wanted to hear some dude talk sh*t for seven minutes, I’d buy the last Fifty Shades of Grey audiobook. I did wonder why record company executives didn’t force the band to relegate these songs to bonus tracks on the limited edition wooden CD, or whatever money-spinning re-re-release they offer fans. There’s probably an explanation for these track in the promotional material, but I don’t care enough to read it. As I said, I have a short attention span.

But, that’s a minor criticism when 63 out of the 74 minutes of “Futha” are buried Viking gold. Speaking of Vikings, if Heilung’s music doesn’t appear on the next season of Vikings, I’ll be writing the producers a sternly worded email. “Futha” is another very good Heilung album. Get it or may Fenrir tear your beans from your body.