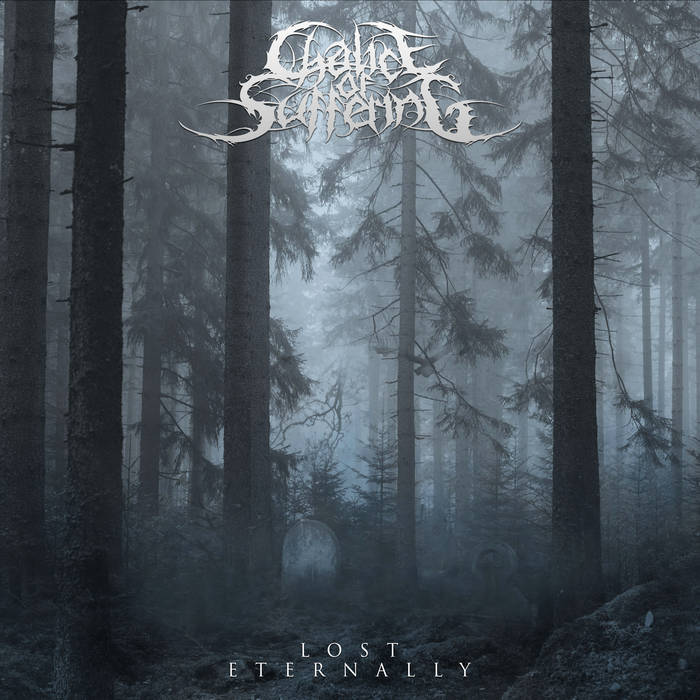 I have toiled long and hard over this album. Let us get this out of the way first. There are many reasons for this, none of them negative. One would think that a lot of people could consider Funeral Doom a very dark and horrible thing to listen to, and admittedly some of it can be, but this album has so much more to offer than one would expect if they simply flicked past it by looking at the genre. I may have stated this more than once over the years, but it still needs to be said.

Yes, the subject matter is as exactly what you think it is, but the delivery of said matter is truly something else to behold. Heavy is a word that often correlates to the sound that one can bring, and heaviness is what you get. Not in the sense of an aural battering, more in the kind of tone that is set with the levels of the pain that you can feel emanating from the man himself, John Suffering. Together with what seems like a cast of almost thousands, they all as one unite to guide you through what must be the very essence of misery.

The first act begins, and “In the Mist of Once Was” is aptly titled. A man talks… he is calm, almost like a voice drifting out of the fog towards you, almost like he IS you. Drama with drums. The calm before the storm of the mind. You can feel the almost tangible pain. You are all alone, and it is your head that is to blame. A mind can be a dangerous thing, and it changes its thought pattern, and then you are there, in the heavy, in his world, in your world of pain and suffering, and you are suffering together. The peaks, and the lows, all to be shared.

The second act is the funeral for a king. Many mourn. The “Emancipation of Pain” is upon us and such beauty is to be had that one can only drop to the floor and let it flow through you. Majestic, sad, epic. Words fail me, as they often have trying to give this justice. This is not intended for the weak of mind, the weak of soul. It is for those that hold their ground, and accept their reality, although they may struggle with it.

“Forever Winter” proves that atmosphere is the key, almost like watching Blade Runner for the first time, or hearing “Oxygene” by Jean-Michel Jarre. You are a tiny mind sitting there completely enveloped in how amazing this truly is, and so it goes. Emotion and pain, hand in hand, every clean chord rings like a bell, every whispered word, every beat of the drum your ticking heart. This is you, your soul laid bare, your inner self set on display. And so it goes on.

“Miss Me, But Let Me Go” speaks in volumes that only those that have been there before can understand. Enough is enough. Let me pass without incident, just let me fade and never be mentioned for ever more, please. This is music to die for, if you are that way inclined. And so it goes, and the feeling is palpable. It is in your ears and your mind. Powerful to the very last chord rings out. The only thing left are “Whispers Of Madness”. And, yet again, so it goes on. Our fragility. Our minds eating themselves..

Suffering is not only a human condition. Maybe we put a name to it, but everything that has ever lived on this planet that we call Earth has suffered in one way or another, be it through their own actions, others actions, or just the sheer bloody mindedness of the universe to show us all that we are nothing but specks in an infinite landscape. We, as humans, have one advantage. We can put it to words, and those that do it well have often gone down in history as some of the finest writers known to mankind. Here I present to you, Chalice of Suffering, the album is “Lost Eternally”, and it is what one can only call purely marvellous in the delivery of it’s soul.

Touch this. Just once, and you will be lost forever in it’s magnificence.