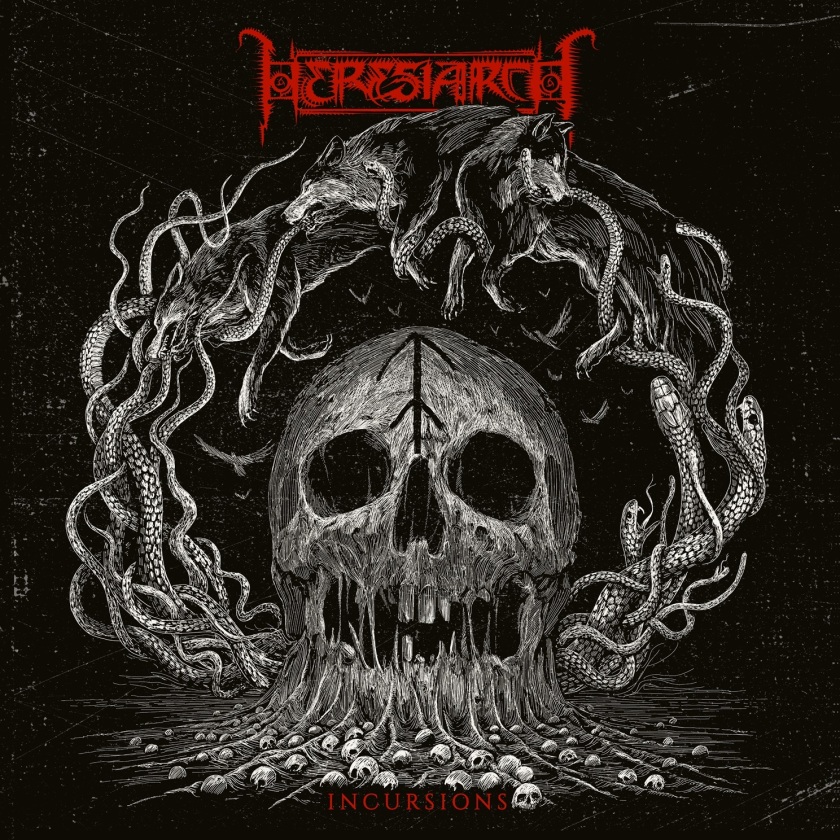 Do you like your metal Black and Deathy? Here’s a tasty one for you. Fans of the New Zealand group Heresiarch get ready for this. The band have gone and taken tracks from their first three releases and released them all on one compilation, “Incursions“. Available as we speak, “Incursions” includes all the tracks from “Obsecrating the Global Holocaust“, “Hammer of Intransigence“, and “Wælwulf” releases! Think box set all on one album.

For those of us who are not familiar with Heresiarch, here’s a little summary. Formed in New Zealand, this four member team of madmen have been laying waste to all around them since 2008. Gutteral growls, screams, vicious double bass, and guitars that melt your face can be expected from any of the four currently released albums. The songs feature themes of death and war, exactly what we want, nay even expect from a Black/Death Metal release.

Since this is a compilation of previous work, I’m not going into each track and how awesome they are. I will mention that my favourite from the three albums is “Carnivore”. I love how it starts slowly then grows to devour everything in sight. Once you’ve had a taste, you can’t deny yourself more blistering metal. Just after the three minute mark, you get a break. The pit slows and the headbangers can rest their neck with the slowly grinding, remainder of the song, but there is so much more to be discovered on here.

Hopefully, you’ve already grabbed your copy of “Incursions“, but if not you should check it out. I’d recommend adding this release to any Black/Death Metal fan’s library. “Incursions” delivers both the death, and the destruction in no uncertain terms.