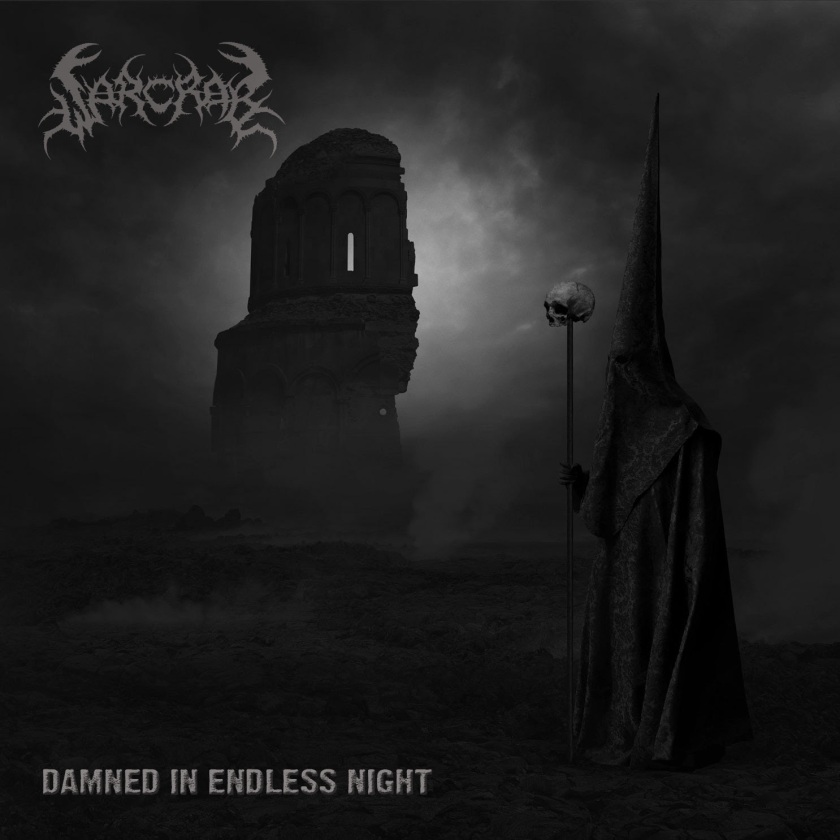 I had some long winded shit to begin this review, It is no surprise that I am a fan of the mighty Crab, but long winded shit and all does them, or me, no justice. Let us start where my love of feisty seafood began. An album called “Scars of Aeons” was the fucker, on a label that I had just discovered, that being Transcending Obscurity. I’ve always been a huge fan of anything both English and Death Metal/Doom orientated, I much prefer it over a lot of the American stuff, my roots lie in bands like Bolt Thrower, Benediction, My Dying Bride, and possibly one of my all time favourites, “Hope Finally Died” by them one shot artists, Decomposed. Yep, they did one of the most magnificent albums ever, and then jolly well fucked right off. Bastards.

So here I had before me this big fat slab of Death/Doom/Sludge, what the fuck ever, and such finery did it bring to my ears, that I then strode down the road of ‘Getting every bloody thing they have’. You know that road, you’ve been down it. Did it disappoint? Nope, it just cemented them even more firmly into my often addled brain. The self titled “Warcrab”, the endless pounding of “Ashes of Carnage”, all made such complete sense to me. I was in love, and bugger it, I just couldn’t get enough.

Then along comes a thing called change. Yes, we Metal Heads don’t deal with it well often, or we take sides and say ‘Blah blah blah this is better than that’ etc. fuck that shit, change is inevitable, but it often does fill one with a sense of trepidation. The mighty Crab had lost a vocalist, and found a new one. Would he be any good? Would it change their sound? Fuck man, it was eating me like a Witch eat’s the newborn, like a Crocodile eats you if you are stupid enough to stand near the water, and soon became a lurking fear like that shitty shark from the Jaws movies that often popped up, ate a few of your friends, and then went back into the depths. What an arsehole..

The news is in, I’ve heard the new one, and well, ALL of my fears have been allayed. The new guy sounds a bit more like a certain singer of a band called Carcass at times, and track two “Halo of Flies” is your introduction into just how fucking awesome he is. Yes, the mighty WarCrab are back, and they fully intend to bury you in the pile of the shit that you just dropped when the riffs kicked in. Not only will they bury you in said fecal matter, they will then build a shithouse (Australian for toilet for you the unknowing), and then knock that fucking thing down too just to rub it in.

“In The Arms Of Armageddon” is what we love about these bastards. A massive wall of sound that would make the mighty Bolt Thrower look sideways and say ‘HOLY SHIT’. A relentless pummeling, passages of such riffery that would make the great Tony Iommi count his fingers once again, and just sheer bloody FUCKING MENTAL! Yes, I will over enthuse, because I’m writing this, and you are not..Shall we continue?

I can’t possibly describe every song for you, unless you want a review the size of that thing you found on your face when you ran into a street sign drunk as a maggot, and woke up the next day with people asking questions, so let’s pick at this like a small bird picks flea’s off the back of a Rhino. “Abyssal Mausoleum” will make you feel nice and comfortable under the stone cold grave that you will one day inhabit. “Kraken Arise” certainly made something arise in my pants through just sheer chuggery and nastiness, “Swords” is not at all sharp, it has the edge of a fucking war hammer, that being blunt, and brutal, and other words starting with ‘B’, and closer “Damnati”, if it has anything to do with being damned, well you most certainly fucking are. My enthusiasm for the Crab is painful, obnoxious, and now that I’ve heard this, never ending. You call yourself a Metal Head, you bloody well need this, and when it comes out, make sure you have plenty of toilet paper handy, because you now know what’s coming.

All hail the mighty WarCrab, long will be their reign of utter devastation. I did say this wouldn’t be long winded didn’t I? Bah..