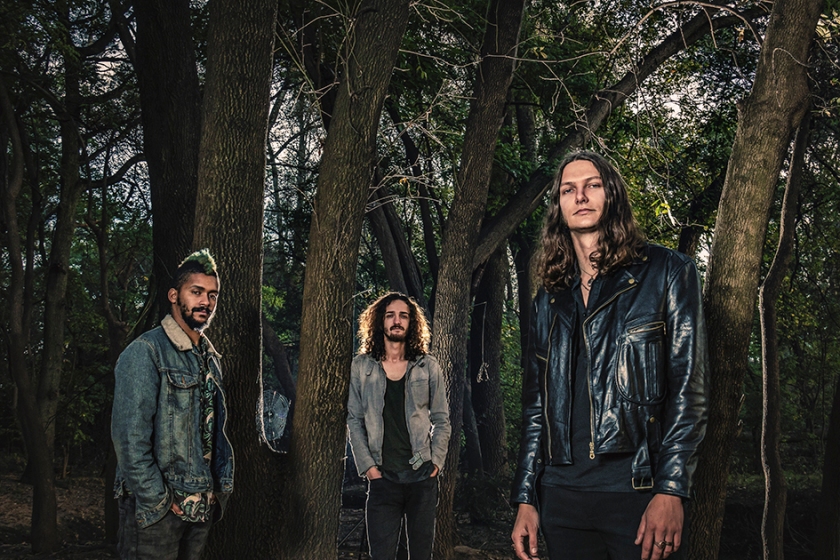 At the TMW HQ we are constantly listening to bands from across the world. For the first time, we are featuring a band from South Africa, Ruff Majik. The band brings equal parts of psychedelic, stoner and even sludge to the mix. Their latest release Tårn is a good example of this sound.
We spoke to vocalist/guitarist Johni Holiday about their unique sound, album Tårn and also European tour.

Hi guys, your album Tårn released earlier this month. How does it feel?

Pretty great! The reception has been really good so far, and it’s heartwarming to see people getting into our music!

For those not familiar with your band, do share how the band was formed?

Well, we all grew up together in a really small town. It was very conservative, and we were basically the only people there who listened to heavier music – so the logical conclusion was to start a band! From there we moved to the city, to try and get into the live music scene. We recorded some EP’s in our garage, and from them we got some interest from abroad. And here we are!

Why did you decide to start a band that plays a mix of psychedelic, stoner and sludge. How did come up with your sound?

It happened very naturally. Our music is a fusion of everything we listen to on a daily basis, and when we play it’s just the sound that comes out. If we want to put some funk in a song, we’ll do it! So the sound chose us more than we chose it really.

Tårn reminded me of the 70’s psychedelic. Do tell us a bit more about it.

Well, I guess that’s partly because we really love that era of music, and we grew up listening to it. So naturally, that’s the sound we look for when we’re recording our albums. Old school and real.

While recording you only use one live take per song, what is the reason behind this approach?

We reckon it’s like playing live. You only have one shot to do it right, or it gets messed up. It adds a sense of urgency to the songs, and changes the atmosphere quite a lot. Basically, what you hear is what you’ll get – our albums sound like we do live. It’s sometimes messy, always heavy, and has a lot of spirit!

The album has been released on Vinyl by Lay Bare recordings. What are your thoughts on the resurgence of physical media like Vinyl and cassettes?

It’s great! The best thing about buying and discovering albums (when I was younger) was holding the packaging – reading the lyrics as the songs play, looking at the artwork and figuring out the lore behind it. All of that’s lost when it’s digital. Vinyl’s got more soul.

What are you currently listening to (metal and non-metal)?

Which are bands from South Africa that readers should check out?

You are playing a few European festivals in the coming months. Do you have any more shows planned?

We’ll have a big tour set up in the fall, and some festival shows throughout the year. Keep your eyes peeled for upcoming details!

Thanks for answering all my questions. Do you have anything else to add?

Not much else to say really – I just hope everyone reading this is having an absolutely great time!