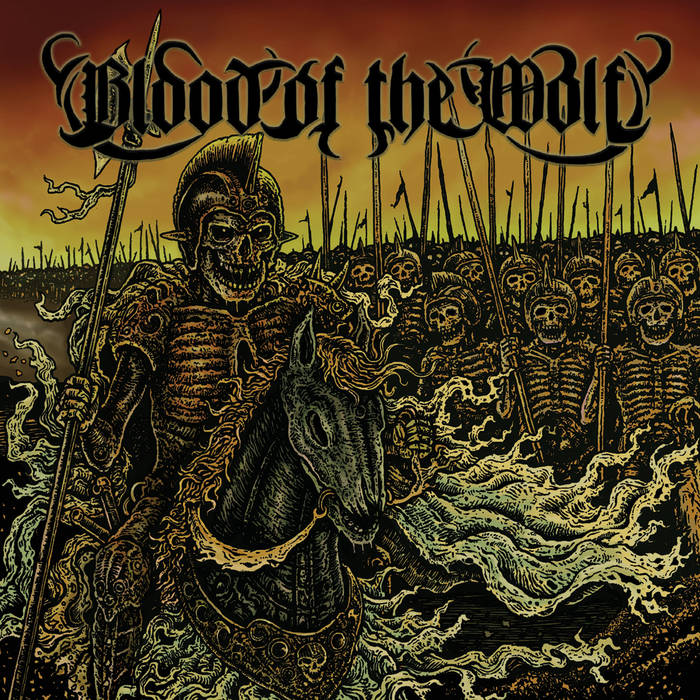 When The Great Mackintosh sent me the list of albums available for review, this album immediately jumped out at me.  There’s a couple of reasons why I was itching to review “Albums I & II”. First of all, they are a local band from my area, and checking out this album has been on my to-do list ever since it came out.  I’m also a big fan of bassist Christopher Grimes and drummer Rick Hernandez, both of whom also play in the excellent USBM band Withering Soul, and Hernandez having played in several bands I’m a fan of over the years.  And lastly, Swine and Wolf have been inextricably linked through English Folklore for centuries.  I was curious to see if these wolves could blow my house down.

This ‘double album’ is actually a re-release of the band’s first two offerings, the 2015 debut album “I: The Law of Retaliation”, and 2018’s “II: Campaign of Extermination”, compiled into one killer package by Horror Pain Gore Death Productions.  Despite the three year gap between the recordings, both albums work surprisingly well as a single cohesive Blackened Death Metal statement, while at the same time showing growth as songwriters (more on that later).  This consistency of quality is made all the more impressive by the fact that, much like Napalm Death’s classic 1987 debut “Scum”, the two ‘sides’ of this double album feature entirely different lineups; with guitarist/vocalist Mike Koniglio being the only constant member.  As you can guess from the song titles, the lyrics focus on war, battles, courage, honor, strength, death, and victory, and never stray from those concepts.  Likewise, the music on display here shows a band that knows their mission and strengths, and while they may not have the largest arsenal at their command, they keep the weapons they do have sharp and covered in blood.  Anyone fond of binging Game of Thrones episodes will have no problem visualizing the images conveyed by the subject matter and atmosphere.

The “I: The Law of Retaliation” portion of this epic album begins with “Annihilation Overture”, a two minute intro track set to the sounds of armies waging battle, swords clanging, horses galloping, and men dying, with the band providing a fitting instrumental soundtrack of rapid fire double bass and ominous guitars.  These wolves really know how to set a mood. However, the bloodshed really begins on the first proper track, the relentlessly brutal “With Iron Weapons and Will”.  Guitars and drums come storming out of the gate, with Mike Koniglio’s bestial vocals leading the charge; his bark bringing to mind Vader’s Piotr Wiwczarek.  Which in my opinion, is not a bad thing at all.

“Ours is the Blood of Courage” keeps the intensity elevated, as guitarists Koniglio & Scott Wright inject a bit of Classic Metal melody into the guitar, while drummer Max Colunga blasts away as furiously as ever.  This type of attack is where the wolves are at their most vicious. “Of Strength and Valor” is another superb example of this, making it a highlight of the album.  It pulls back on the snare blasting at times, allowing for the guitar melodies to shine through, while thundering double bass propels the song forward, like two armies running towards each other in battle.

Full speed tremolo picking and drum blasting is the modus operandi of these wolves’, but the moments where they change it up a little only enhance the deadliness of the songs.  The riff that is the centerpiece of “The Darkness of Chaos” has chord shards sharp enough to slice the throats of your enemies, or maybe even straight up decapitate them. “Borne of Wind and War” fools you into thinking you’re getting more of the same speed (which to be fair, there is plenty of it), but one minute in these sneaky bastards give you a surprise ambush of heavy groove, which is a welcome change of pace. 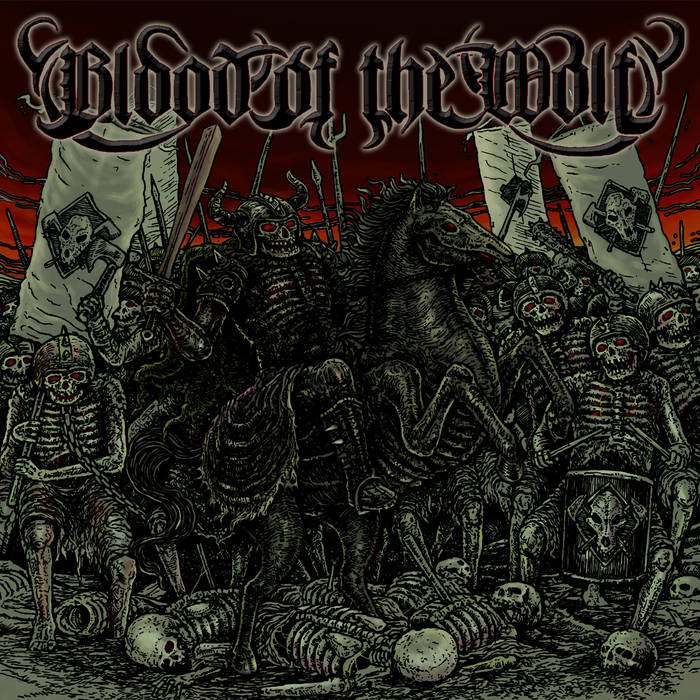 “I: The Law of Retaliation” ends with a killer cover of Marduk’s “With Satan and Victorious Weapons” and thus begins “II: Campaign of Extermination”.  “Campaign” shows a noticeable step forward in songwriting.  They haven’t thrown out the previous strategy, it’s more of an expansion on their approach and execution; showcasing a wider range of dynamics and rhythmic variety.  We are also introduced to the current BOTW lineup, consisting of Frank Garcia on guitar, Christopher Grimes on bass, and the beast behind the drums Rick Hernandez.  If the music here is any indication, the new additions have only made the Wolf more bloodthirsty. Kicking off with “Thunder the Drums of War”,  appropriately beginning with the sounds of thunder; a track clocking in at just under 2 and a half minutes, it wastes no time in completely decimating your ears.  Next up is the title track “Campaign of Extermination”, an absolute ripper that displays the fiery guitar chemistry between Koniglio & Garcia (henceforth referred to as Kongar, or Kongar the Conqueror, if you’re not into the whole brevity thing).  Kongar switches effortlessly from playing in unison, to parallel fifth’s, to harmonies utilising contrary and oblique motion to create guitar lines that seem to mutate throughout the song.

“Beneditio Ultionis: Their Blood for my Glory” is another fine example of the band’s maturity and evolution as songwriters.  It moves at a much slower pace than most of the other songs, beginning with an unsettling dissonant guitar theme, then shifting to a militaristic stomp during the verses.  The song keeps returning to the dissonant guitars to keep this song as eerie as possible, and features one of Koniglio’s most commanding vocal performances on the album. “Erupting Volcanic Wrath” stays true to its name, bringing back the speed we’ve come to know and love, while Kongar spews layer upon layer of molten guitar.  I’m not sure how many guitars are stacked on the ending, you got your two rhythm guitars playing the foundation of heavy ass chords, then three or maybe four guitars of blazing fast trem picked harmonies, incinerating everything in their path.

“The Sword is my Light and my Salvation” gives listeners a little bit of everything.  A very catchy melodic clean guitar intro leads into raging Blackened Death Metal speed, then builds the momentum even further with a fast chugging assault that borders on Thrash Metal. The result is one of the most satisfying tunes on either album.  This Thrash influence carries over into the next track, the pummelling “Scorched Earth Ceremony”.  The crushing intro of this song is sure to whip up the mosh pit into a frenzy.  It’s so heavy, not even Little Red Riding Hood’s Grandma could resist moshing. “With Fire and a Thousand Flashing Blades” keeps things interesting with a lively guitar solo chock full of sweeps and taps, which momentarily transforms the tone of the song from dark and ruthless, to something a little more jovial and merry.  This out of left field alteration is a testament to this band’s development as artists, and shows that Kongar is capable of more than just nonstop blunt force trauma. Closing out this gargantuan album is the foreboding “A Sermon of Slaughtered Foes”, which brings a sense of melancholy to the blood and carnage left by the wolves, with its somber clean guitars and doomy chords.  A suitable ending to an absolute massacre of an album.

So what have we learned here, kids?  Did the wolves blow my house down? No. Instead of provoking them with taunts about the hair on my chinny chin chin, I invited them into my house and negotiated a treaty, bringing about a new era in swine/wolf relations.  Then we celebrated by pillaging the house of Little Red Riding Hood and her Grandma, eating them and all their food. Blood of the Wolf have two very strong albums under their belts. If you enjoy your Death Metal charred and blackened to perfection, I highly suggest welcoming them into your home and giving “Albums I & II” a spin!

Get your fangs on this one right here!