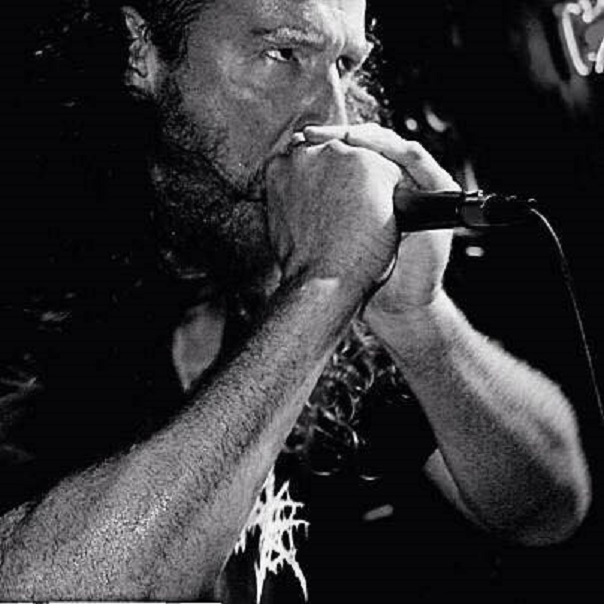 Meddlefan recently had the opportunity to have a chat with Paul Gillis, all around champion and Vocalist etc at both Drug Honkey and Morgue Supplier, so read on and learn a thing or two! Thanks Paul!

Hi Paul, really appreciate you joining us for a chat.

Hey Robert, my pleasure. Thanks for having me.

The pleasure is all ours! let’s start with an easy one shall we? Who are your biggest influences when it comes to music?

There are many, but some that come to mind right away are: Justin Broadrick, Iron Maiden, Lee Dorrian, Prince, Mick Harris, Mercyful Fate..

Out of all styles of music why did you choose this style of music to create?

It wasn’t a choice. I was drawn to extreme forms of music at an early age. I like different styles & create music across different platforms within the “extreme” tag..

What band is more your personality,  Drug Honkey or Morgue Supplier ?

It really is a direct mixture. Both bands/styles are a natural expression, & both are my personality.

I love the psychedelic aspects of Drug Honkey. Where does this style originate from?

I’d say it is influenced by my love for electronic music. As long as I’ve been into Metal, I’ve also been into Electronic & Experimental music as well. So, it really was just natural & organic for me to add that into my music sometimes.

What is your writing style? Sit and jam? or take notes while just doing everyday tasks? Etc. Etc.

Both ways.  As a lyricist, sometimes I’ll sit down with the purpose of writing, & other times, things will just come to me & I’ll enter them into my notepad on my phone. (back in the day, I’d write them on anything I could find). As far as the music, usually I sit down to mess around on guitar or keyboard, & when something cool happens, I remember it, & see if it works for a song.. & even sometimes I’ll be humming a pattern or riff out of nowhere, & I’ll end up using that. 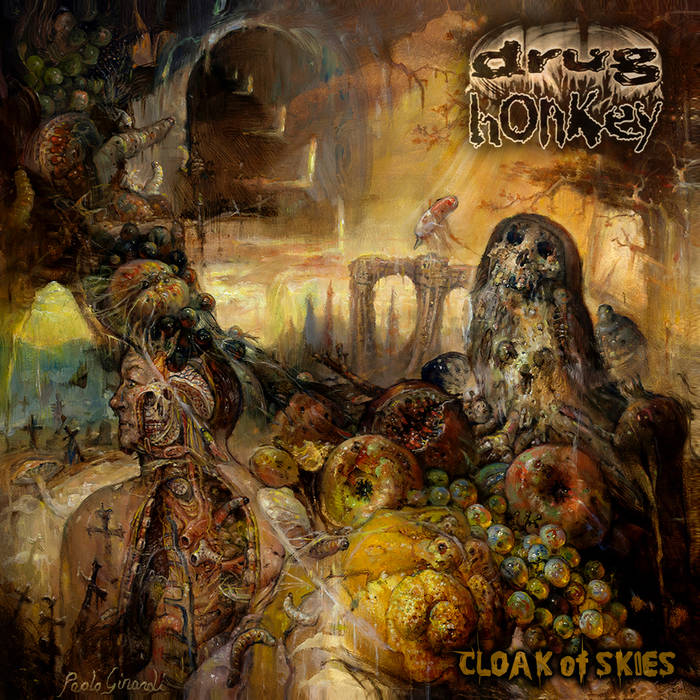 And now for something completely different, which do you prefer Star Wars or Lord Of The Rings or….. Maybe Dune?

Lord of the Rings.

Why do you prefer Lord Of The Rings over the others? Because it is fantasy and not sci fi?

I think I like fantasy better than sci-fi, but mainly I like it better because they’re just better movies as far as I’m concerned.

What is your favorite type of meat?

Favorite place to eat in Chicago?

One of many incredible pizza places. I LOVE pizza.

Favorite venue to see a show ? Where would you like to play a venue in Chicago?

I’ve played most of the medium sized spots. If anywhere, I’d like to play the Aragon Ballroom. It is where I saw several of my first & greatest shows.(King Diamond ‘87, Megadeth/Overkill ‘87, Slayer ‘88) to name a few.

Who would you like to play a venue with if given the chance?

Hmmm, I’d definitely love to play a show with Godflesh, Autopsy, & Winter. Now that would be fun.

Favorite hobbies, collections. What do you collect.

CD’s/Vinyl/Cassettes – been very into it since I was about 12.

On the questions about collecting you said music. What are your most valued pieces of your collection? If there are a few name them and why?

Mad Season – “Above” on vinyl. It is one of my favorite albums, & the original (which I have) is rare, expensive, & sought after. My Scorn collection on vinyl(I have them all). Scorn (Mick Harris) is a favorite of mine, and my Godflesh collection on vinyl. Same reasons as Scorn. Justin Broadrick is the main man behind Godflesh, but he also has many other projects that are influential to me as well..

I know you enjoy the mountains.  Where is the coolest place you have been when it comes to the outdoors?

Alaska. It is an amazing place. I’ve been there twice. I want to explore it much more.  I also enjoy Colorado quite a bit as well.

What was your favorite parts of Alaska? Did you camp outside or stay in hotels? Did you take a cruise?

Well, we only really explored the same areas twice because we were on a cruise. We loved it so much the first time, we went back 6 years later with my parents. We really enjoyed the off-boat experiences in Ketchikan, Skagway, & Juneau..  In the future we plan on going back & exploring the mainland more.

What are your future plans for Drug Honkey?

We are writing towards a new EP at the moment, which will be released by Transcending Obscurity somewhere around late 2019. We will play some live shows in mid 2019 with new drummer Stephen Reichelt.

What are your plans for Morgue Supplier?

We are writing towards a new full-length at the moment, which will be released by Transcending Obscurity somewhere around mid 2019.

We are playing a sick show in December here in the Chicago area with Disma & Hellwitch that I am looking forward to. This will be the first show with the new lineup, & we also have some out of state shows in the works for 2019. Those details will come out soon.

Would you rather fight Hulk Hogan or Ultimate Warrior and why???

Hulk Hogan, because he is cooler.

Have you had any near death experiences?

Many. My body was hit by a car when I was five years old & it was pretty bad. A couple of pretty bad car accidents. A few close calls at work that where people with me were critically injured..

Can you elaborate more on favorite horror movies maybe ? Or what are your favorite movies to watch?

Creepshow, Evil Dead, The Exorcist, The Hills Have Eyes, The Manson Family are also some favorites as far as horror movies.

I also love documentaries. Anything that goes quite in depth about something I’m interested in.

Who would you be as a horror character or would you rather be a monster?

What is your favorite guitar? And why?

I’ve really only had a handful in my life. The one I play the most is my Ibanez RG-550.  It has great action, & just feels right in my hands. I don’t play guitar in the live setting. I use it for practicing & writing songs, so I stick mainly to a couple of guitars.

Thanks a lot for taking time to do this interview man. I really appreciate your time! Robert “Meddlefan”Darling.

No problem, thanks again!

Many thanks indeed to Paul for the interview, he is certainly a great bloke as many of us here at The Metal Wanderlust can attest, and you can check out both of his bands right below!