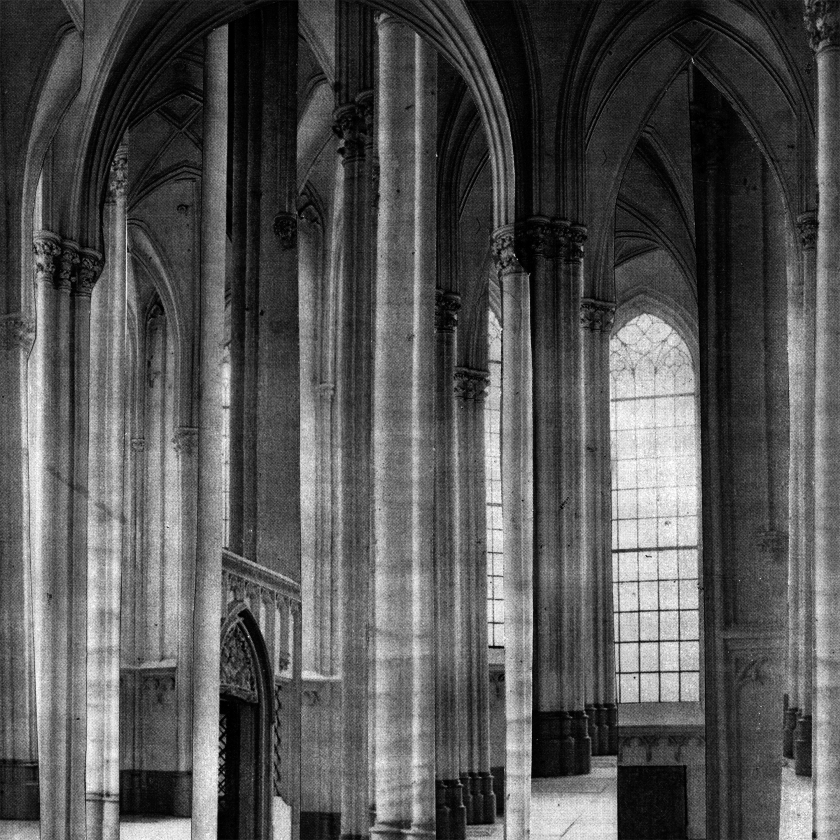 Black Metal is such a versatile genre both musically and lyrically with the ability to traverse down paths strewn in atmosphere, Heathenry, and obscurity. Iskandr from the Netherlands have now released their second album entitled Eurposopon and one that came as a complete surprise for me. This was my introduction to the band and I only wish I could have discovered them sooner. It has been a while since an album has grabbed in such a profound manner.

This album is centered around Medieval symbolism painting a picture of mortal odds, kingly might, and the pain of death according to the notes via Bandcamp. These songs are definitely a journey into another time, evoking both pain and passion.

Iskandr play a blend of Atmospheric Black Metal that is not of the typical sound to be expected. There are moments of chant like vocals coupled with dreamy overdriven guitars which sound like they are played in a chamber hall and then riffs that are reminiscent of something out of the early days of Black and Death Metal. Paired with harsher vocal patterns you never know where the next song is going to lead into. This mystery is what makes this album special, it is both unexpected and cohesive.

Opening track Vlakte begins with that slow brooding instrumentation that picks up as the chords weave through a growing wall of sound. This leads straight into the next song Regnum that depicts the fall of the king, tortured screaming vocals propel the listener into a scenery of death and it works. The changes and progression of the track are seething with fury and layered with intense atmosphere.

Although there are only four songs on this album they are lengthy and complex. Much like the architecture presented on the album artwork one could picture the stories told here, hidden deep within the crevices. Black Metal art at its finest.

The final track Heriwalt is perfect way to close this epic work. Complex and masterful in its entirety, it is filled to the brim with catchy riffage that have a haunted eerie vibe, perfectly paired with elegant composition.

Iskandr have hands down released an exceptional musical journey that is going down as one the top Atmospheric Black Metal releases so far this year. Find yourself some uninterrupted time and give it a listen, you will not be disappointed.