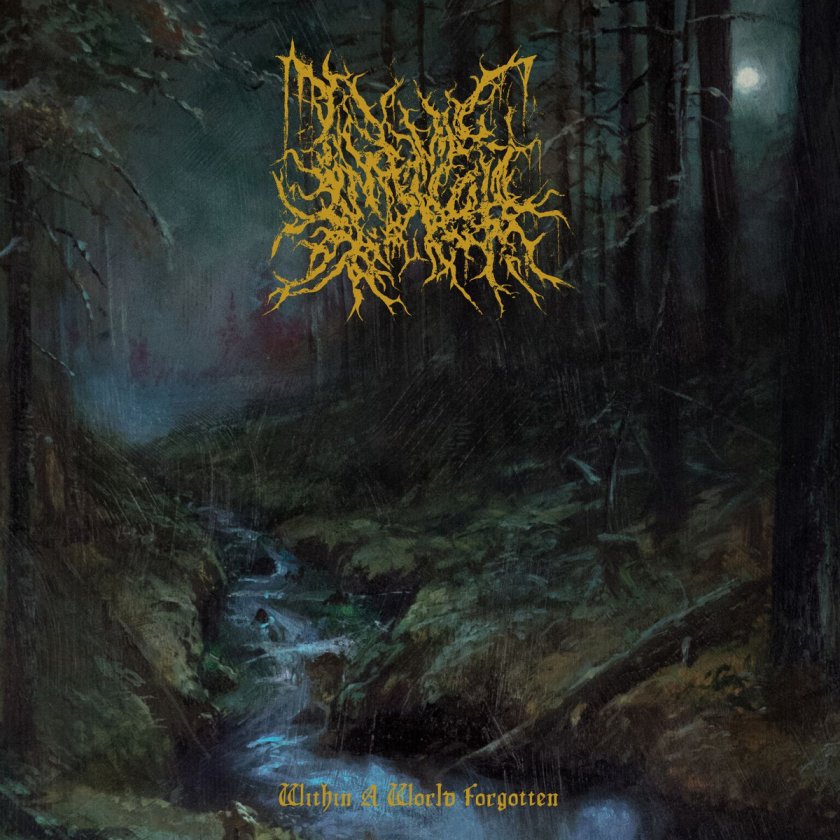 I first heard of Infernal Coil at a show I attended not too long ago in Los Angeles when they were support for Primitive Man. I had not listened to them prior to this occasion so I was going in blindly. I can say that I officially left a fan and made it a point to purchase anything they had released. For those who are not aware they play a blend of Blackened Grindy Death Metal that is so ferociously executed that it will literally shake you to your very core.

There are plenty of bands that will leave the listener breathless but Infernal Coil have a certain aura about them is so tangible and real that it may disturb some. This is not a bad thing by any means, metal is a form of art and Within A World Forgotten is the canvas upon which these aspects are painted on.

Following a Demo and EP this release is the bands first full length and these Boise Idaho metallers have hit the ground running, propelling themselves into the spotlight and a record deal with Profound Lore.

Musically Infernal Coil plummet through each song at tumultuous speed, drums pounding to the ground, guitars ring through a suffocating wall of sound and the vocals penetrate into the void of obscurity. Weaving in and out of chaotic melodies the band manages to add changes and intervals so the tracks are fluid and there is variety and atmosphere to be heard.

Infernal Coil have managed to release an album that is all together unique and not a sheer copycat of other bands in the genre. This is groundbreaking and one that should be experienced if you are a fan of extreme music.