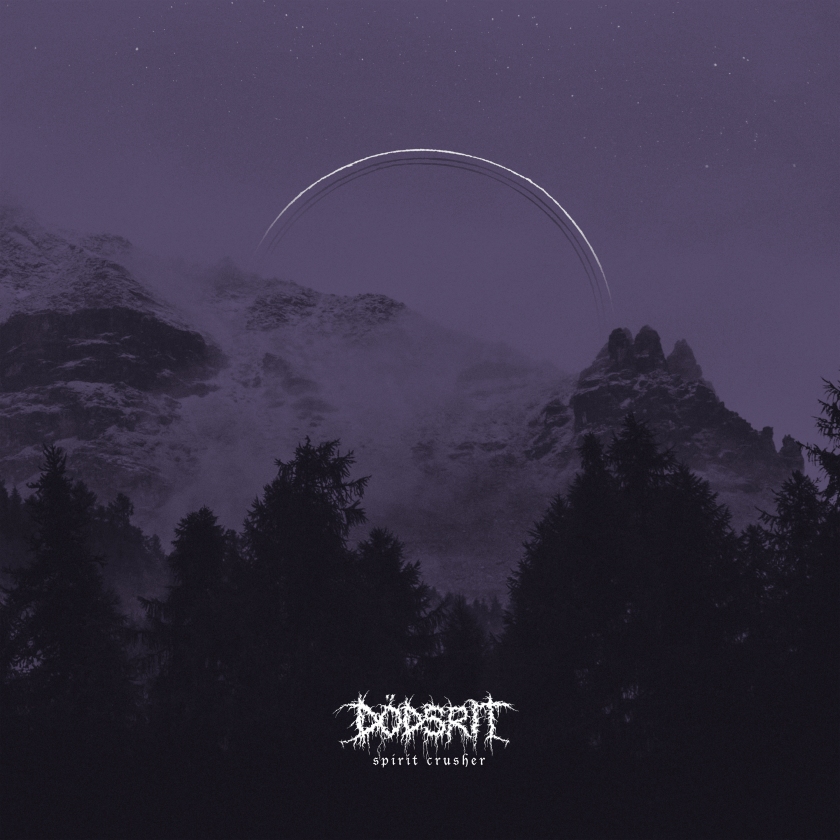 Black Metal and Crust are two genres that work extremely well together, they are both dark and infectious. I first got wind of Dödsrit after listening to the S/T debut release last year and I was thoroughly impressed by the way the genre’s melded together to create a sonic onslaught of sound that possess beauty and light in a somewhat dark place.

Dödsrit is comprised of sole member Christoffer Öster and for being a one man, he executes everything perfectly. The songs presented here blend both fury and atmosphere so seamlessly which makes for an album that is the perfect backdrop for grey skies and moonlit evenings.

Although there are only four songs this is 44 minutes that need to be experienced uninterrupted and all at once, this is one that really places the listener in a trance.

Balancing between the monstrous pounding rhythms of D-Beat and Crust the melodic atmospheres of Black Metal ring through at precise moments. Opening track Aura presents itself as a prime example of what Dödsrit’s sound is all about.

The fast paced majority of the song is then simmered down to a slow brooding pace which makes it all the more riveting. Öster’s vocals have the ability to add to the overall mood, it is teeming with power and fervor as heard in the track A Drowning Voice.

The final title track Spirit Crusher is 15 minutes of pure bliss. Visions of a bleak landscape are lost in the ethereal primordial sections. Öster takes all the aspects of this album and puts them at the forefront which makes for the perfect ending.

Spirit Crusher is a spellbinding album that I have no doubt will hold the attention of all who give it a listen. Öster has created a fantastic work of art which will surely end up on year end lists.

Spirit Crusher will be released on September 28th via Prosthetic Records