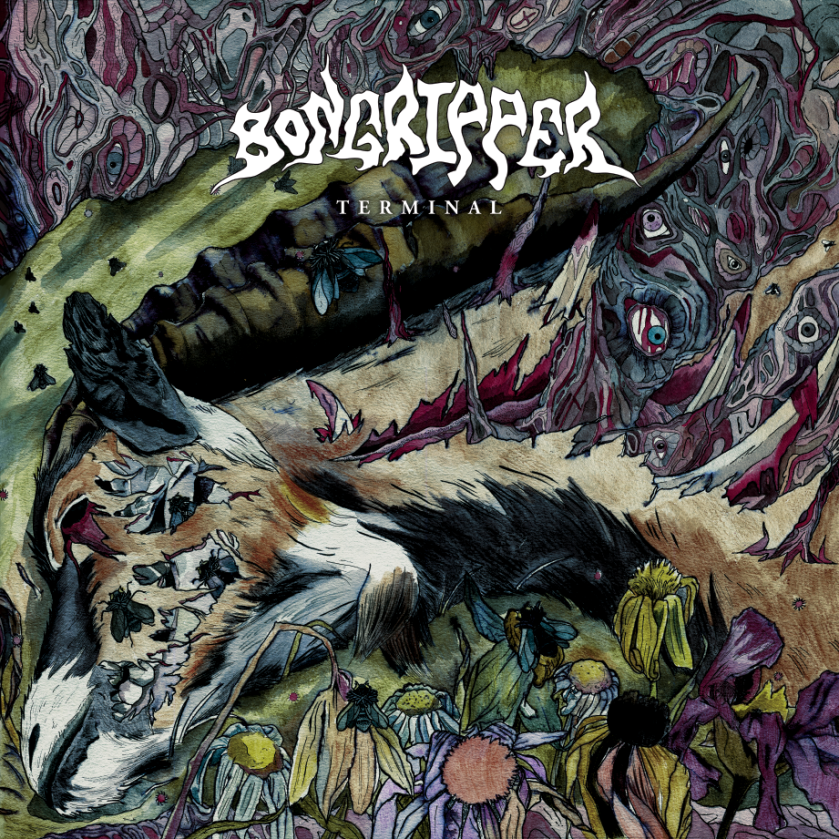 Bongripper is a Stoner Metal band from Chicago, Illinois (USA). They are unique in that they are an instrumental band consisting of drums, bass, and double guitars. They have been releasing their own brand of Stoner/Sludge Metal since 2005. They have 7 studio albums and and handful of EP’s and Splits. The latest album by Bongripper is entitled Terminal that was released on July 6, 2018. 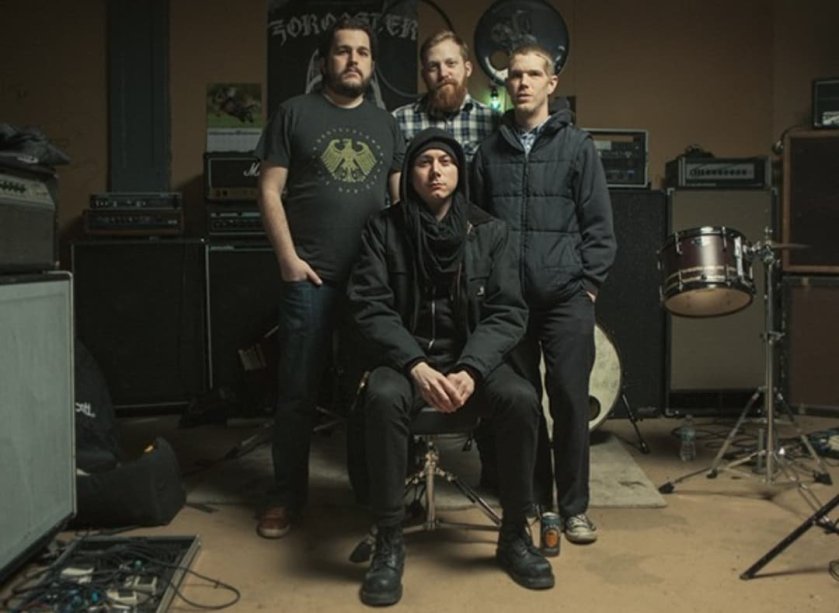 – I became a fan of Bongripper after a friend of mine recommended the album Hippie Killer. I was blown away by their sound and they have become a regular in my playlist along with some other great instrumental metal bands Bell Witch, Belzebong, and Russian Circles. I would describe their sound as primarily Stoner Doom with some Sludge influences.

– The album Terminal starts off with the track entitled Slow. The song begins with a slow buildup with primarily drums until nearly the two minute mark. Then we are hit with a steady riff from the downtuned guitars. I love the distorted guitar sound that compliments the steady drum beats. There are some tempo changes approximately 5 minutes into the track that will send the listener on a roller coaster of Stoner Metal goodness. At the 9 minute mark the track transcends into a slower post-metal sound similar to Russian Circles that is very relaxing. Four minutes later the track slowly builds to a thunderous riff that comes crashing down and continues until 15 minutes into the song. At this point the song becomes mid-tempo coming at you like waves. I get chill bumps listening to the song at this point. The dynamics of the song change at the 20 minute mark with both clean and distorted guitars complimenting each other until it all comes crashing down a minute later. The outro is a slow and peaceful with a an eerie vibe.

– The second track Death is another long track. It begins with a very slow march that changes a minute in to a stellar Stoner Metal riff. It doesn’t let up with only a few tempo changes here and there. At the nearly 5 minute mark there is a build up from a slow guitar to a drum beat resembling a chase. Then at 7:30 mark the sound goes from the chase to a feeling of impending doom. The thunderous down tuned riff comes crashing down upon the listener at this point. At around 14 minutes the track gives off a feeling of sorrow which leads to the slow outro.

– I will say that this is yet another great release from Bongripper. They do a great job of incorporating all the instruments and are able to release great albums without the need for a vocalist. They are excellent at mixing up the pace and creating different emotions. You should check this album out when you get a chance. It is available on Google Play music, YouTube, and Bandcamp.

Find this one right here!