Lelahell is the latest band from Redouane Aouameur, a veteran of the Algerian metal scene. The band released their second album “Alif ” last month via Metal Age Productions. The album features death metal combined with Algerian folklore.
I spoke to vocalist/guitarist Redouane Aouameur about “Alif”, the metal scene in Algeria and also their plans for the rest of the year. 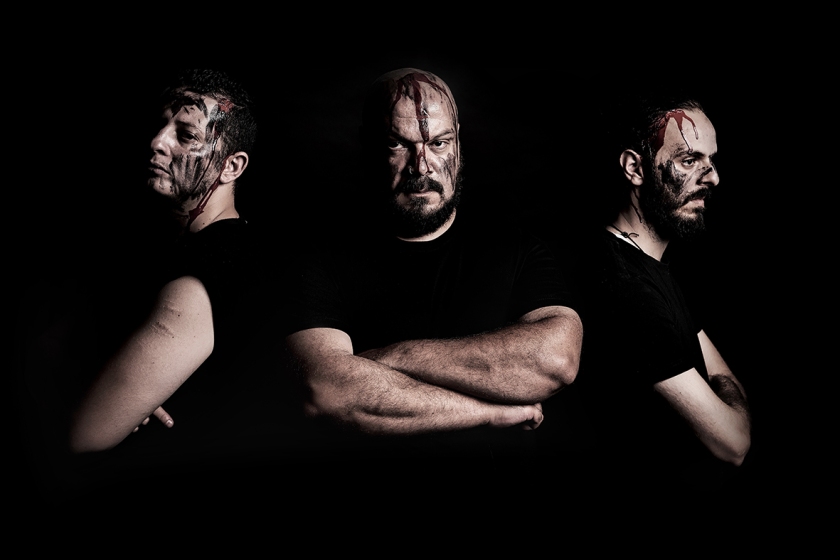 You released your second album, “Alif” earlier this month. How does it feel now that the album is out?
We feel very satisfied ! We are really surprised by the very good reactions of our fans, and the excellent reviews we are getting each day!

“Alif” comes 4 years after the release of “Al Insane… The (Re)Birth of Abderrahmane”. What was the writing process for the album?
The writing process of Alif started in 2015, but due to some hand injury (tendinitis) I was forced to stop playing guitar for almost one year. In the spring 2016 I recovered from injury and started to work seriously on that album. It took almost 3 months to finalize all the tracks. The main idea was to deliver something more attractive than the previous album this is why we worked very closely on the tempo changes and the songs structures.

Renowned drummer Hannes Grossmann performs on the album. How did he become a part of the line up?
In the beginning of the writing process of Alif I was searching for a drummer for recording that album, I contacted many drummers and the one that really caught my attention was Hannes Grossmann, because he is very talented, very professional and more he has something that must of today drummers don’t have any more is taking artistic risks, he also plays extreme metal but he can’t play other things and he is able to do that!
First we were going to work by internet, but I decided to go to Germany in his studio (Mordor sound studio) to record the drums with him to give the human interaction feeling to that album, and it was a very good decision.

You have released a video for the track Paramnesia. How important do you think videos are in the age of Youtube?
It is undeniable that video is the medium of future. People are more attracted to video than audio. YouTube is the second biggest search engine over Google and the largest streaming music service worldwide, so if you want to reach out to the world, all you need is video.

What’s currently on your playlist?
I’m listening to the Band Veld that I discovered some months ago, it is blackened death metal from Poland/Belarus it is their album from 2015. I think that they just released a new one! will check it soon of course!

You’ve been part of the metal scene in Algeria for quite some time starting with you first band Neanderthalia. What has kept you going for over 2 decades?
I play that music since 25years now, and for me metal is my biggest passion, and when you have a passion there are only two options: you die with it, or it will die on you, so I chose the first one!

Do recommend bands from Algeria and the North African region that the readers should check out.
I can recommend three Algerian good promising bands: Jugulator they play thrash metal in the vein of Testament, and Annihilator, there is also Paranoid Fantasy they play old school Death metal , they released a very good Ep, and they have new material coming soon. Last I recommend Korsan, a modern metal band, they have a lot of good ideas and they music is heavy!

You are performing at the Iberian Warriors Metal Fest in November along with another show in Spain. Do you have any shows planned for the rest of the year?
We have a release party in August in Algiers, and in November we are going to tour in Europe including the show of the Iberian Warrior Metal fest. We have booked almost all the dates of the tour except the 04.11 in Barcelona, so if there are some promoters around there that maybe interested just drop us some line at http://facebook.com/lelahell

Thanks for answering all our questions. Do you have any final words?
Support Lelahell or die!

Great stuff, and thanks to all involved! Find this one right here people!