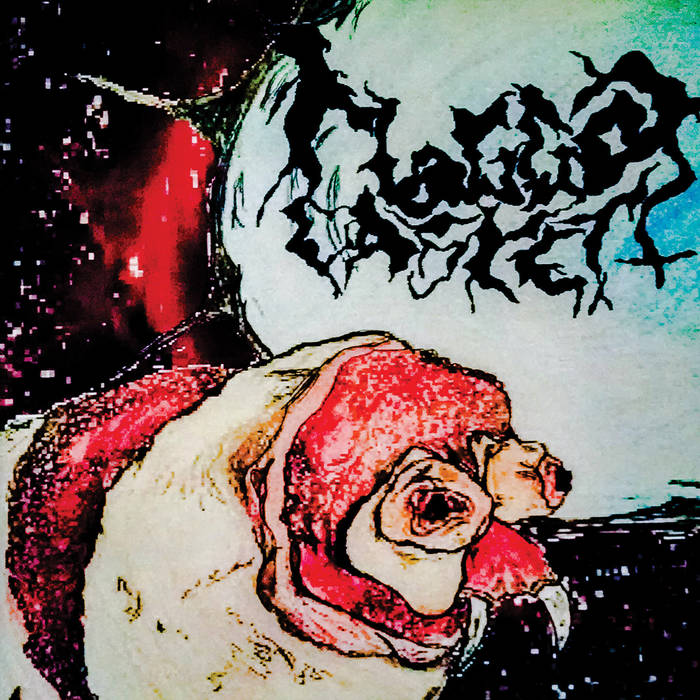 ‘Maggot Casket’, is a name that will immediately bring an element of intrigue into the mind of any Death Metal fan so naturally I felt an overwhelming compulsion to delve deeper into this self titled debut offering from the Kentucky quartet and intended or not, but I hope it’s the former, there is also seems to be an element of “double entendre” to some of the track titles so the fact that they’ve managed to get a juvenile giggle out of me too means they are already onto a bit of a winner .

It’s an album that “focuses on horror and the grotesque, dealing with topics such as digging up a bride at the cemetery, experimenting on corpses, a zombie apocalypse and that fucking black van that keeps creeping through your neighbourhood when the teenage girls get off the school bus”, so on the strength of that it’s a Death Metal fans dream come true. It also suggests that ‘Maggot Casket’ don’t take themselves too seriously, which is always a good thing.

It may not be a ground breaker, but it’s a solid offering of eight tracks that deliver thirty eight varied and pretty unrelenting minutes of brutal edged Death Metal mayhem, aiming to keep it both interesting and raise a cheeky smile with the addition of some sound bites and spoken sections .

First up, title track, ‘Maggot Casket’  with its unnerving scene setting spoken intro followed by a dirty and brutal onslaught of the senses  that is unrelenting, it’s aural assault varying only in pace.

‘Harvester of Marrow’ really had me intrigued, opening on a haunting and unnerving melodic opener, which after he previous offering made me curiously wonder what on earth would follow, the melody disappears in favour of another onslaught which varies from in your face manic to a slow crush that errs on the edge of dirty groovy Death/Doom but returns to that rather lovely melody to close.

‘Zombie Eclipse’  has a hilariously cheesy horror sound-bite opener  developing into a straightforward plodder with a dirty repeat riff and a deep rasp to the vocals, midway plunging into a doomy abyss  where the vocals take on a superbly demented aspect before returning to those plodding riffs.

‘Mortuary Mistress’ is also dirty and brutal but has a few interesting twists and changes to the direction and tempo, one of the tracks which captured my interest in a big way.

I was also rather intrigued by ‘Bastard Son of a Bastard Son’, I love the vocals, deep raw and brutal fitting in well with  the loose and low sound of the track which also has a couple of rather interestingly messy sections but these fit in well with the overall looseness of the track.

‘Mourning Wood ‘is just an insane track that lurches around menacingly and ‘One Eyed God ‘track opens and closes on screaming lead work that can’t fail to grab your attention.

Final track, ‘The Creep’, for me possibly the best track of the release, opens on one more scene setting sound bite, switching between bleak, doomy and ominous sections where the vocals come in as a ground shaking growl to a more manic onslaught with higher rasping vocals, the doomy sections are excellent, atmospheric and very creepy, these guys do dirty and doomy well and also deliver a good vocal range.

If you fancy a copy of ‘Maggot Casket’ will be available from Horror Pain Gore Death Productions here as CD or Digital download: https://hpgd.bandcamp.com/album/maggot-casket  It should be of interest to fans of bands like Autopsy,  Eyehategod, Incantation, Monstrosity, and Repulsion.