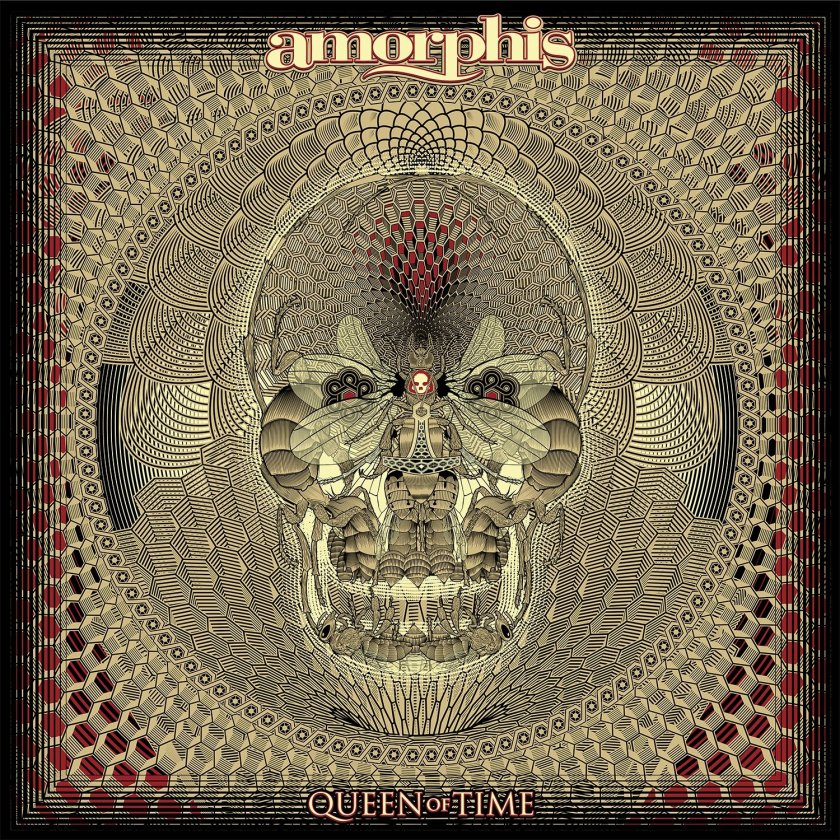 For nearly 30 years Amorphis has shaped the metal world with their fantastic diverse discography and unwavering dedication to the art. A band that has not slowed down and at this point the brakes might as well be broken. After the release of Under the Red Cloud in 2015 which spiraled to the top of many year end lists (including my own) it has been a question if Amorphis could do it again. Well back to what was said about the brakes being broken… Yes they have done it again.

From the moment the opening track The Bee graces the ears with a chant like vocal melody you know you are in for a ride. It is the perfect introduction to the story being told with this album. The familiar sound of that Finnish Melody can be heard in the next track Message in the Amber while a storm of intense Black Metal vocals make their presence known in Daughter of Hate. Tomi Joutsen has a way with his vocal range, as he is able to present such immense power and versatility but at any given moment shift into soaring cleans like on the track Wrong Direction. Guest vocals on Amongst Stars by Anneke van Giersbergen mixed with Joutsen’s manifold of vocal work make this track a definite anthem. The final track Pyres on the Coast is the perfect ending to dare I say a perfect album, providing an air of closure.

Amorphis have taken everything they have done and delivered it ten fold with clarity and beauty. Be it the intense progressive melodic atmospheres that weave in and out of darkness to the softer passages in between that shed the light at the end of the tunnel. All of these aspects come together unified with Flutes, Orchestrations, and Choirs in a cinematic form. Queen of Time is refreshing and new but an album that encompasses Amorphis as a whole and shows that they are not afraid to branch out into different realms to furnish their craft. An album that tells a story with music can sometimes be difficult to accomplish but Amorphis have returned with one that will take you back to Tales from a Thousand Lakes.

Queen of Time will be released May 18th 2018 via Nuclear Blast Records. Order Here