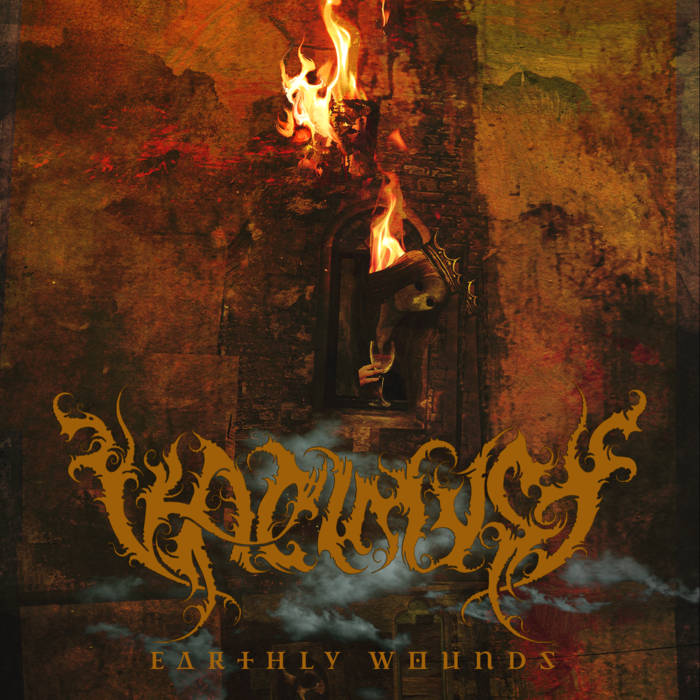 Another recommendation from my dear friend and fellow Metal maniac Ashley Gould, and yet again she has pretty much nailed exactly the type of thing I can really get into. Vaelmyst come to us from the decidedly bleak and mystical area known to the local residents as Los Angeles, California. Yes, I may not have been there but I have it on good advice that the area doth contain both the bleak and a touch of the mystical, so there.

Anyway, this is their debut EP, and by crikey (An Australian term meaning wow, gee whiz or bugger me) they are one hell of a band. I like my Melodic Death done well, not like a steak because they are better off slightly under cooked like a lot of Black Metal can be, I want it chock full of amazing riffery, melody and imagination. This little piece of work delivers on all levels.

The intro is just that right kind of melodramatic creepiness that makes one instantly hang around to see what is up next. Like the perfect fish hook, you are being slowly reeled in to the net that awaits, and what a net it is. A spider could have done no less a job of wrapping you up in excellence.

First place to start is the vocals, and they are just superb. Precisely what you would like to expect from a Melodic Death act, Wraith like but solid, Ghostly yet powerful in their own right. At a distance yet right in your face.

The musicality on offer here is astounding to say the least. Guitar riffs that run the gamut of all styles from classic Metal, through Thrash and of course Death. The solo’s are insanely fitting as they should be, with a flair of the exotic about some of them. The Bass is a constant underlying tone of thunderous proportions, set well into the mix so that one can actually just sit back and be amazed by it’s sheer, well for want of a better word, Bassiness. Yes I just made that up but it fits trust me.

As always the last person to be mentioned is the drummer, and what a cracking job he does of just accentuating the whole damn thing. Talent must be his middle name because bugger me (Or golly gosh, or gee whiz) he has it in spades. Tie up the whole package and you have an EP that should have every other Melodeath act on the planet looking over their bony yet tuneful shoulders.

We live in a world that is full of shitty bands getting everything and great upcoming bands having to just eat shit because they are either not heard, or they can’t get enough coverage to spread the good word. Thank you Ashley for pointing me towards these guys, and I urge you the reader to not only have a listen, but to get on board and spread this EP far and wide.

One listen and all will be hooked. Bleak, Mystical, Magnificence.