I hope you enjoyed my first article on the top 10 Black Metal albums of 2017.  I have a few projects in the works including interviews with Wormwood and Obscura from Asagraum.  In the meantime, I have put together a discography review for one of my favorite bands The Ruins of Beverast.  For those who love Black Metal (BM) and/or Doom Metal, this one-man project cannot be missed

Band:  The Ruins of Beverast

– The Ruins of Beverast is the masterpiece of Alexander Von Meilenwald.  Alex was the drummer of the Black Metal band Nagelfar.  Once Nagelfar disbanded he decided to create Ruins.  He set out to create music based on emotions rather than structure.  The albums are well-respected in Black Metal circles and are a work of art.

3. Euphoria When the Bombs Fell

– This album is great at creating the atmosphere Alex so desired.  I would describe it more as a journey than an album.  The album starts off in an Atmospheric Black Metal trance that builds to a march and then a crescendo at the 51 minute mark.  The album is laced with eerie chant’s, chimes, and is atmospheric in an evil way that draws the listener in.  When I listen to this album I get a vivid picture of me being in a haunted castle filled with demons, vampires, and ghosts.

– There are elements of raw first wave Black Metal, Atmospheric Black Metal, Doom Metal, and Industrial Metal.  There is obviously a track list, but the songs flow beautifully without any breakdown.  It is best enjoyed in one sitting. 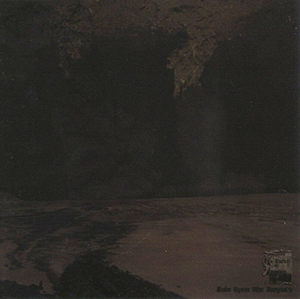 2. Soliloquy of the Stigmatised Shepherd

5. Soil of the Incestuous

7. Rain upon the Impure

– The second release of Ruins is even more intense than the first.  The vocals are a little more prominent but they are layered as if a demon or ghoul is speaking in a cavern.  The shrieks are also layered in such a way as to give off an overwhelming sense of danger.  On Rain upon the Impure, the lyrics almost function as another instrument as opposed to relating something specific to the listener.  Each voice changes to give the listener one more evil deity to imagine.  The drums and guitars are thick and powerful.

– What has drawn me to Ruins so much is the way it allows the listener to run wild with their imagination.  Even after reading the lyrics I am not quite sure it changes what I imagine when I hear the music.  After reading several interviews with Alex, it is quite clear that the albums are conceptual and not meant to be listened to as individual songs.  He even mentions that he often writes indecipherable lyrics on purpose and sometimes simply because his native language is German.  The idea is to give off an evil vibe in general and this album does so without being pretentious. 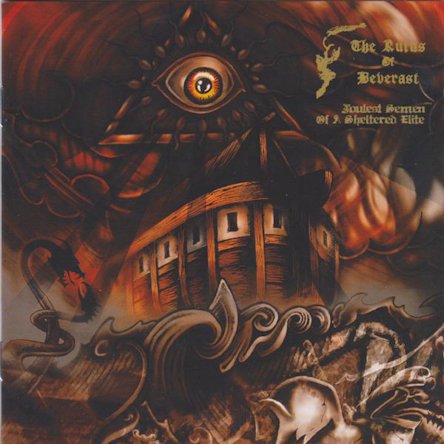 1. I raised this Stone as a Ghastly Memorial

– After the first two releases, it would be quite difficult to produce an album that could top them.  I don’t necessarily think this album is better than the first two, but it is certainly different.  The first album seemed to have more of a first-wave BM and Atmospheric BM vibe to it.  The second album is more intense, has less variety, and mixes first- and second-wave BM.  All three have a Doom Metal quality but it really comes out on the third release.  There are fast sections but the Doom Metal sections are what really shine here on this third release.

– The vocals are varied once again but there is more clean singing or even chanting.  The drums and guitar are more clear.  The production is by no means clean on this release but it isn’t quite as raw as the first two releases.  Most of the feedback on the internet has been positive with this album but the few detractors seem to be more BM purists.  If you don’t like any form of Doom Metal, then this may not be the album for you.  However, if you are a fan of Black Metal and Doom Metal, you will likely find this album to be a perfect balance.

– The songs are more diverse on this record, making it easier to single out highlights to the record that include God’s Ensanguined Bestiaries, Kain’s Countenance Fell, Blood Vaults, and the closer Arcane Pharmakon Messiah. 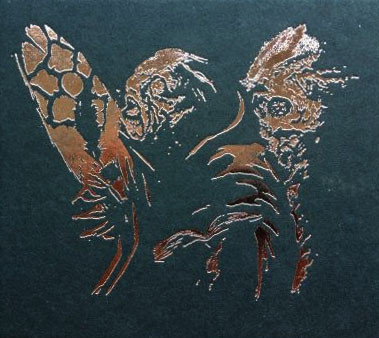 – Some bands will stick to the same formula and repeat album after album at a monotonous pace.  Others attempt to change their sound and even change genres in some cases; many ultimately fail.  However, what makes Alex and Ruins so great is that he sticks to the formula of centering on Blackened Doom, tweaking each album just enough that each one is separate but equal in my mind.  Maybe I am the odd man out but I don’t believe any of the albums are weak.  All are great in my mind (this excludes the masterpiece Exuvia…but we will get to that in a minute).

– The subtle change I was alluding to is the incorporation of Funeral Doom.  This is not a slow album overall but there a long sections that build up to the more Black Metal-laden parts with blast beats and great guitar work.  Absent are the shrieks that we heard on the previous records but the low tone voice compliments the doomy vibes this album creates. 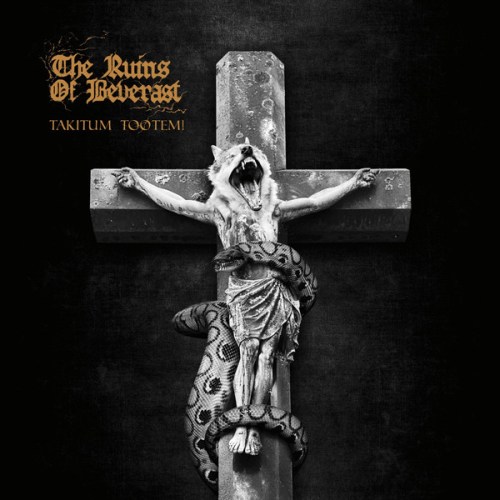 2. Set the Controls for the Heart of the Sun

– For all the glory and praise that I have given the previous albums, I can’t in good conscience say the same for this EP.  I applaud Alex for changing the style to some degree as he has on previous releases, but this is a failure in every sense.  The first track has a nearly 2 minute intro of some weird noise(s) that I’m not really sure what it is supposed to represent.  The track than trods along at nearly the same tempo with a repetitive chant and tribal feel.  I get the same disappointed feeling I get when I listen to Sepultura’s Arise or Chaos A.D. and then follow it up with Roots.  The tribal thing is fine in moderation but the first song on this EP emphasizes it way too much.

– The second track is a Pink Floyd cover song.  I can’t say it’s that much better than the first track.  It is boring as Hell.  Gone are the eerie vibes, monster guitar riffs, and ambience.  What you are left with is a good track to put you to sleep when you go to bed.

– Highlights are when this EP ends.  The artwork is bad, the music is bad, and the direction Alex was going on this EP is bad.  However, please move on quickly because the next album is a monstrous improvement. 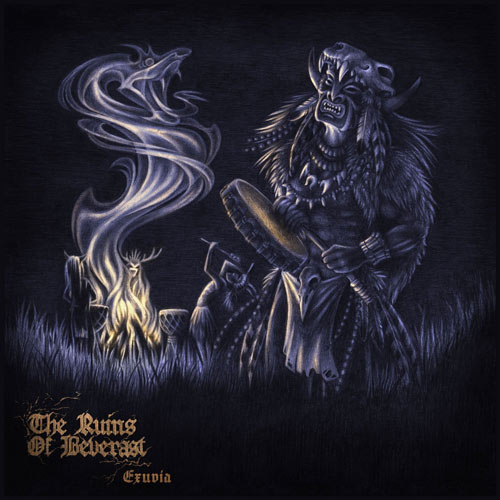 3. Maere (On a Stillbirth Tomb)

– For whatever mistakes Alex made with the EP Takitum Tootem, he totally corrected them with Exuvia.  I mentioned this in my previous article, but if I rated albums with numbers or percentages, this would be one of the few albums that I could give a perfect score.  It ranks up there with other great Black Metal masterpieces such as Storm of the Light’s Bane, In the Nightside Eclipse, and De Mysteriis Dom Sathanas.  Yes, it is this good.  It is the album of the year for 2017 regardless of genre.

– If you take all that is great with the first four albums and roll them into one your are left with this masterpiece.  The shrieks and vocal variation that were missing on Blood Vaults are a welcomed addition.  The heavy guitars and blast beats seen on Rain are present here in just the right dose.  The doomy eerie atmosphere that made Unlock so epic has returned in full force.  This album is an experience and it is repeatedly on my playlist.

– Highlight the whole freaking album.  Sit back and relax for the 70 minute ride through epic darkness.