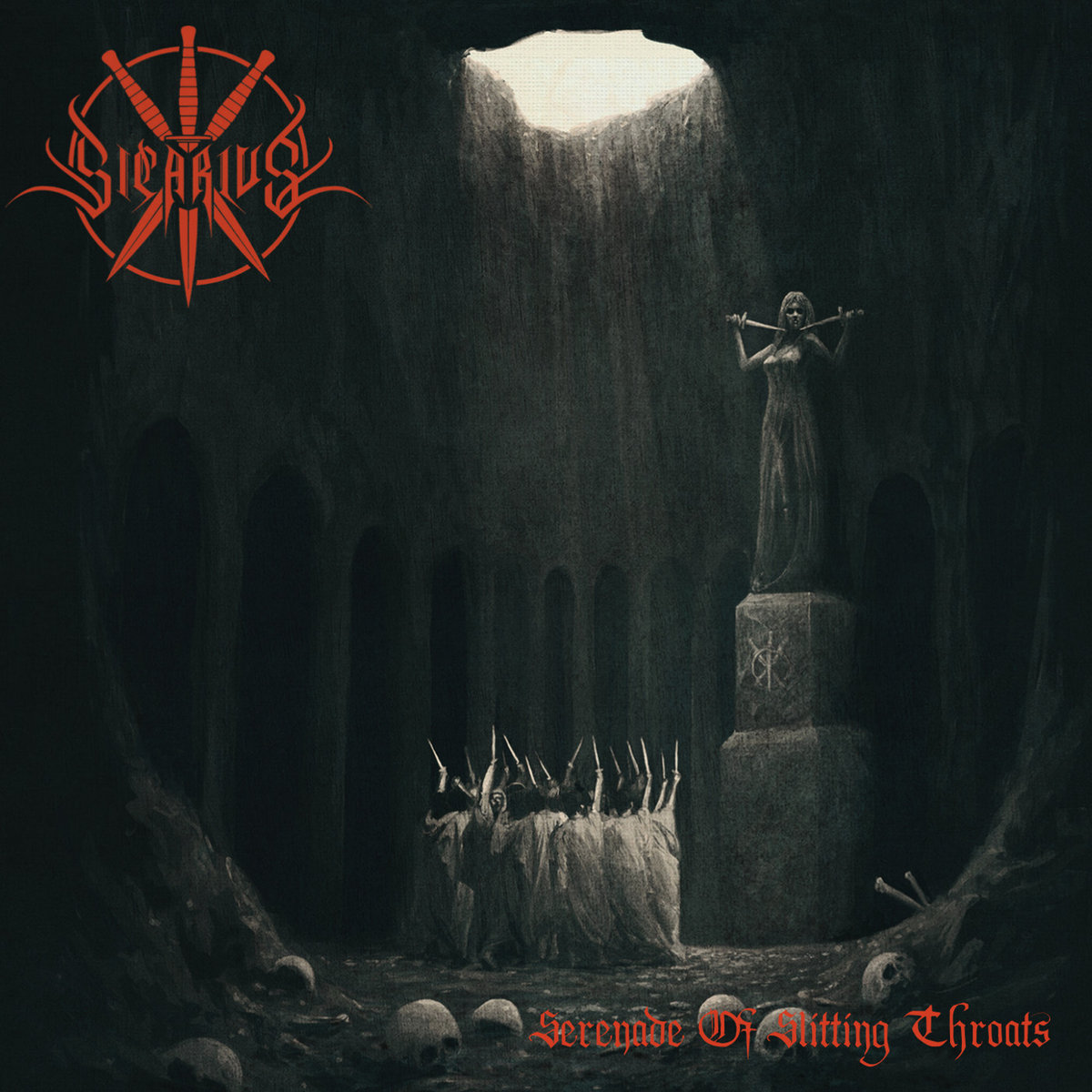 There are plenty of bands out there seeking to push the envelope in the metal world but one in particular has gone to the extreme, spreading their aggressive brew of unforgiving Black Metal to the masses. Sicarius have created one hell of an album that is quite literally the sound of violent bloodshed like a horde of dagger wielding predators. Serenade of Slitting Throats is a tortured ride through all elements of Black Metal but with that extra adrenaline rush. Everything from the extreme vocals, harsh melodies, and fierce drumming this album has it all. I feel that in this scene there are numerous bands trying to set the bar but Sicarius have surpassed that mark.. Do yourselves a favor and delve into the chaos.

Produced by Mick Kenney of Anaal Nathrakh Serenade of Slitting Throats is the ultimate violent mega anthem that could easily push any listener to the brink of destruction. The opening track ‘Flatline Noxiphilic’ serves as a great opener, brooding melodies that break off into the apocalypse that is the next song ‘Ferox Impetum’. With what has been said already this song is fast, aggressive, and evil, combining powerful riffage that spears right through the heart. The title track ‘Serenade of Slitting Throats’ stands out as blood soaked decent into a killing spree, the words “Watch You Die” vocalized in perfect harmony with the music.

‘Torture Trials’ can quite literally accompany said act, being on somewhat of the slower side of the spectrum it is almost as if the you are looking through the eyes of the witnesses awaiting the bloodshed that is about to be committed. Catchy breakdowns and pure Black Metal goodness are oozing throughout. ‘The Onyx Void’ pays homage to the slower melodic songs while ‘The Beast in Your Heart’ feels like it came from the icy halls of the north (IE: Dark Funeral, Dissection).

The final track ‘Wampyr’ is a dark track and a great closer, toning down the aggression and going straight for an all around solid listen. This album is sure to satisfy the most extreme fans who are hungry for something new and engaging while also catering to those who crave a journey into the influences of the modern Black Metal Scene. Sicarius have taken everything one could hope for and added their own twist, definitely putting them right in the ranks of today’s top bands. Now go support these guys and join the Dagger Cult and spread the Black Metal Terrorism to those who dare listen!